In a heartwarming incident, a little blind boy’s reaction to seeing his mom for the first time is winning hearts online. Christopher Ward Jr. was born visually impaired due to nerve hypoplasia and was only able to see through an unprecedented visual clarity. Although he could partially see, people considered him to be visually impaired.

Therefore he was unable to attend a school as the other kids did. 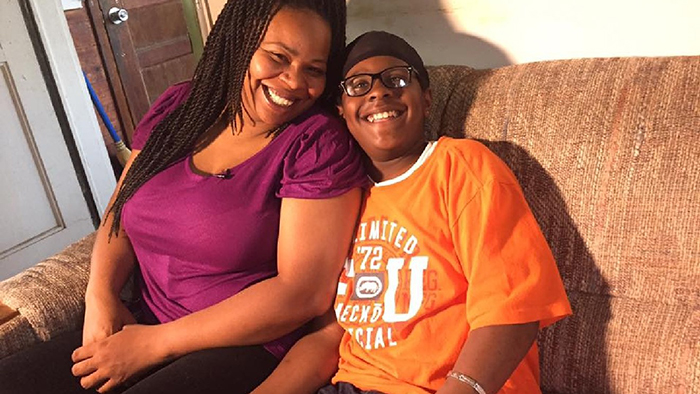 That was when someone told them about a wearable technology called eSight, but Hackley couldn’t afford it because it cost $15,000. On launching a fundraising campaign at youcaring.com, more than $25,000 was donated to help the little boy avail the glasses. Ward and his mom Marquita Hackley travelled from Forest, Virginia, to Washington, D.C., to give it a try.

The first thing the 12 year old said was that his mom looked pretty, and Hackley got emotional. He was so excited. He then went on to watch his favourite TV show called SpongeBob SquarePants. Hackley now hopes that her son would be able to switch from Braille reader to read and attend classes like other children of his age.