Daughter of American actress and singer Tichina Arnold, Alijah Kai, has released her first single and is officially a recording artist now. Tichina says, So Proud Of My Baby. Following the steps of her mother Alijah took first step towards singing and her mother is so excited that she took to Instagram to celebrate her daughter on Thursday. Tichina wrote,

I am so proud of my baby alijahkai, Here is her first dope single of many more to come. For last five years Alijah has building her fan following by singing with her Mom and posting sing reels on Instagram. Many fans started following the young rising start after watching her sing alongside her mom during the school runs. Alijah also took to the stage 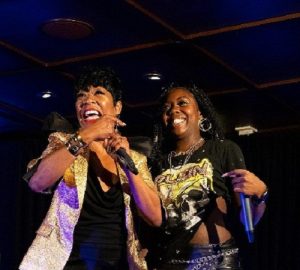 with her mom at charity events and doing a segment with famous vocal coach Stevie Mackey. Alijah took a break from making music on social media but promised a return, no she is back with a bang. The young singer has come with her single, Ultimatum,

and she is believing that her fans were waiting for this only. In a live video segment with her monther Tichina, Alijah seems exhilarated and said I’m going crazy right now. This is really happening, I’ve been waiting years for this. Her mom and other loved ones has expressed excitement about her accomplishment in the live video session. Young artist added 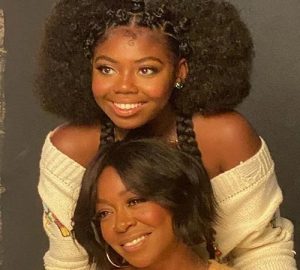 When I wrote ‘Ultimatum,’ I have written it because I was going through it. Alijah told the fans that the motivation behind this is her real life and it’s is about the people you love, and people who love you will feed off your energy and take what you work for and call it their own. She further said,

You’ve got to give that person (lover) an ultimatum, ‘You’re either going to get up and you’re going to do something! The song, ‘Ultimatum’ is now available on all major streaming platforms, listen and enjoy.