“Remote Work is No Longer Acceptable”: Elon Musk Says Tesla Staff Face Being Sacked Unless They Work In The Office

Tesla CEO Elon Musk is bringing back his employees to the office soon in an email supposedly from him to his workers. The father-of-eight and owner of SpaceX required them to work in the office for a minimum of 30 hours a week “or depart Tesla.”

His email was shared on Twitter and had Executives as the receivers. 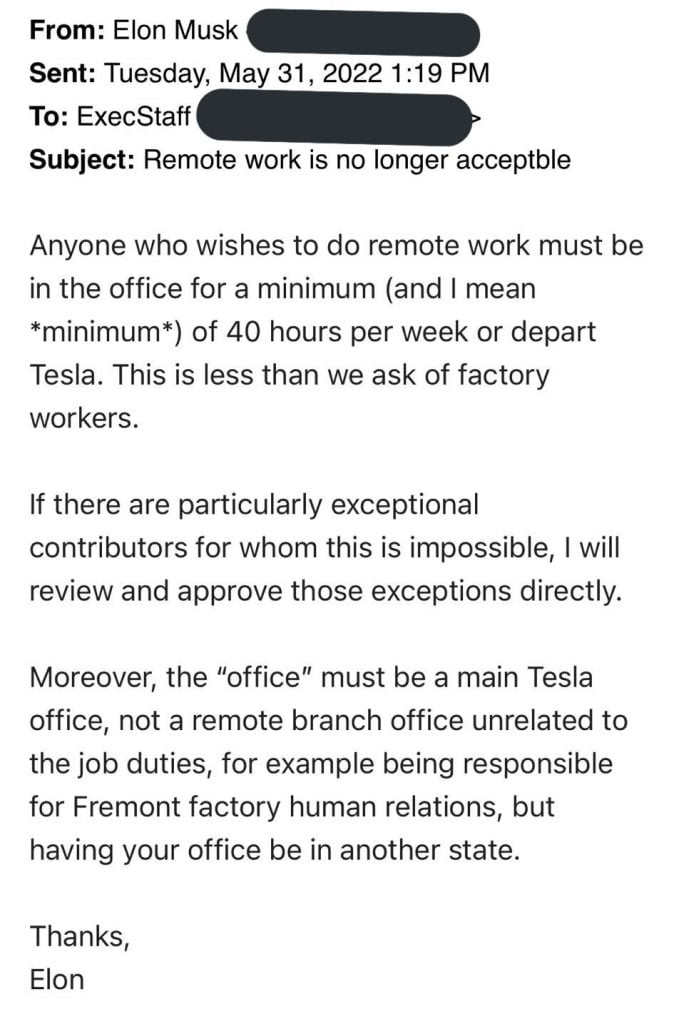 Musk has been loudly voicing his distaste against remote works, often blasting people who complain about having to go back to a physical office. The man once tweeted how people are “trying to avoid going to work at all” while comparing them to infamously underpaid workers in China who are “burning the 3am oil.” 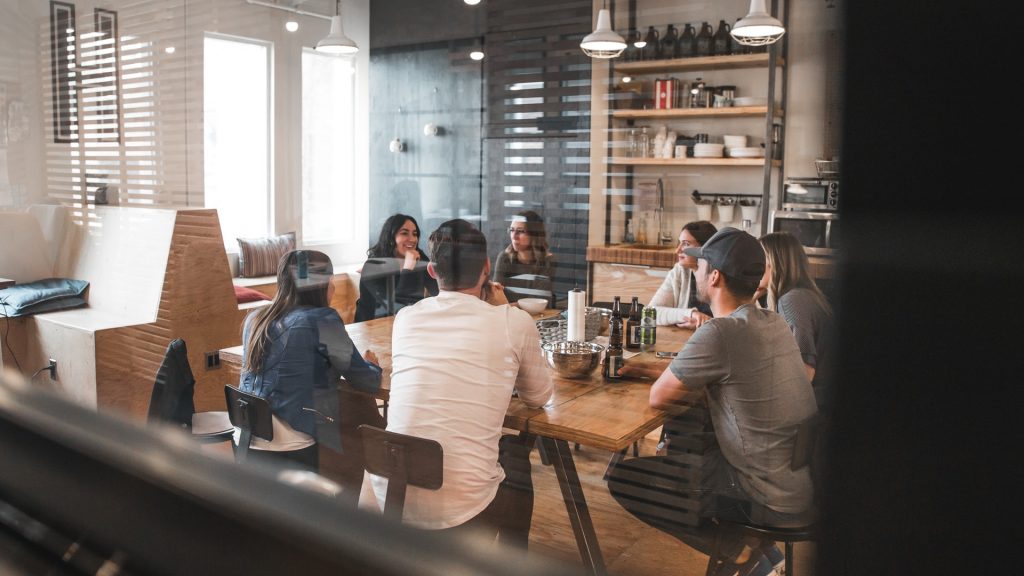 Musk made his workers at Tesla’s Gigafactory spend their nights there after the production center was opened again for the first time in three weeks. Explaining their reasons, Tesla said they’re using this “closed-loop system to avoid further shutdowns caused by China’s strict Zero Covid policy.”

A mattress and sleeping bag were provided for the workers to sleep on the factory floor.

When asked about his opinion, Musk, who’s opened spoke about it, simply replied, “They should pretend to work somewhere else.”

The new Twitter owner has not replied if the same policy will be enforced in the social media company.

Workers were paid around $63 a day with 12-hour work shifts and were only allowed off once every six days. Before this, staff had been working eight hours every day with two days off every week.

Musk is just one among giant companies that have been attempting to push their workers back to the office. Google has announced that staff needs to be at the office at least three days a week. Apple has the same policy but postponed the implementation when Covid cases went up again in California.

However, Apple has been making employees work at the office two days a week and many have quit from the dissatisfaction. 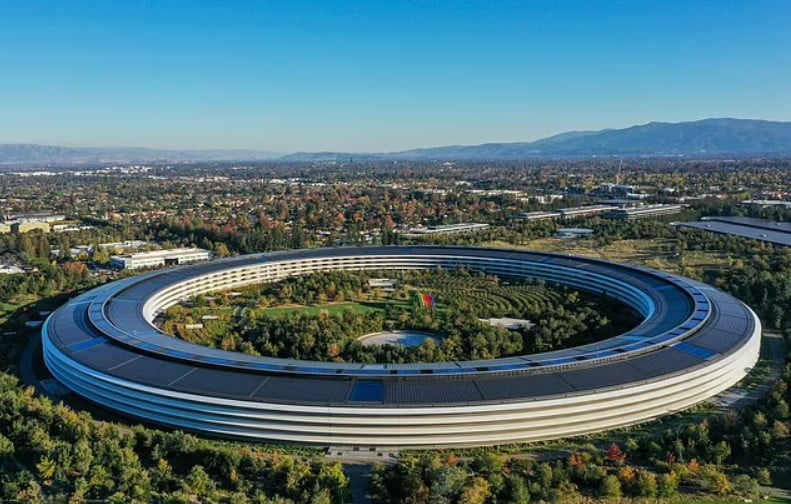 Ian Goodfellow, a former director of machine learning at Apple, shared his reasons for quitting the company. “I believe strongly that more flexibility would have been the best policy for my team,” he told The Verge.