Prince Louis has again stolen the show amid watching the fourth day of Platinum Jubilee celebrations in London. As he sat just next to his mom, the Duchess of Cambridge, in the Royal Box, the four-year-old reacted with wonder as he was spotted cocking a snook, putting his hands over his mom’s mouth, waving his arms in the air, & standing on his seat. 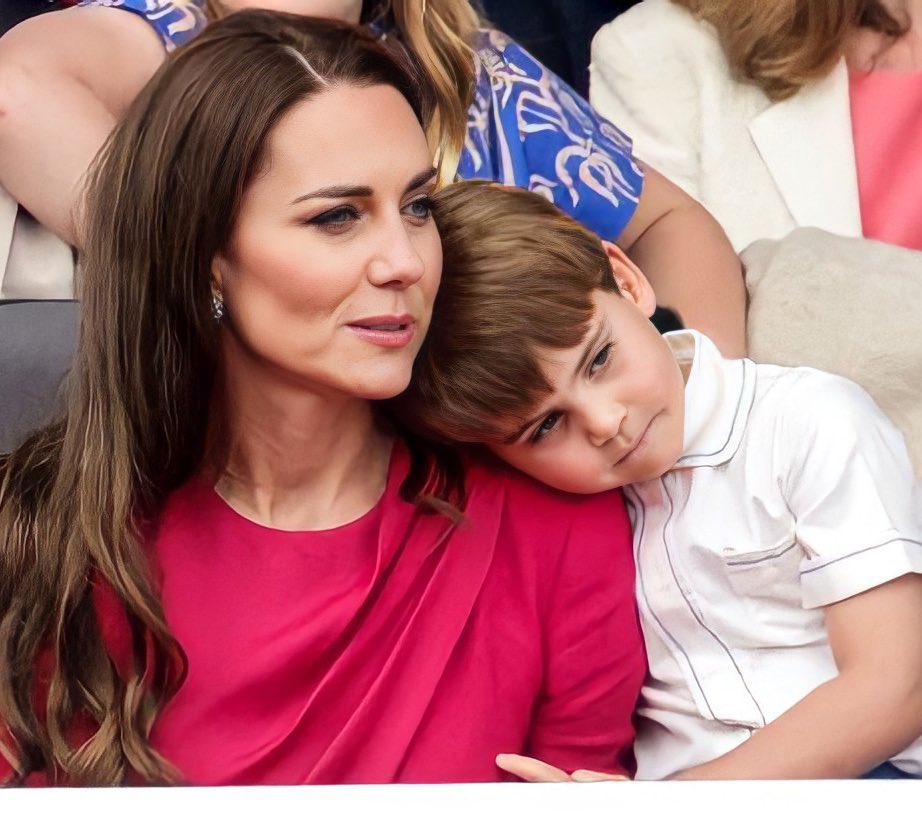 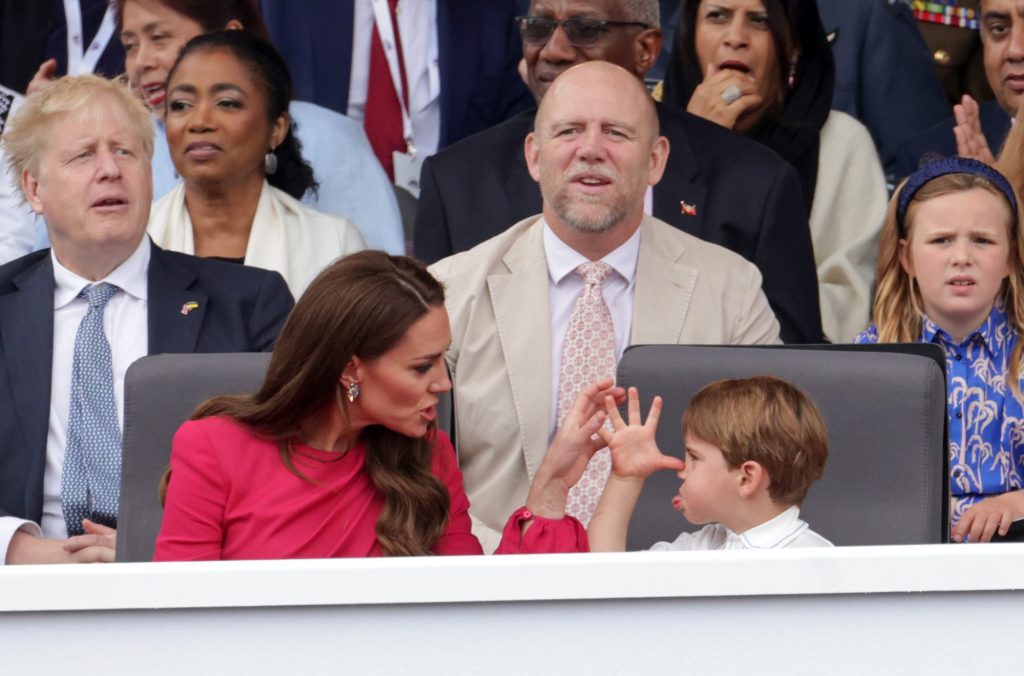 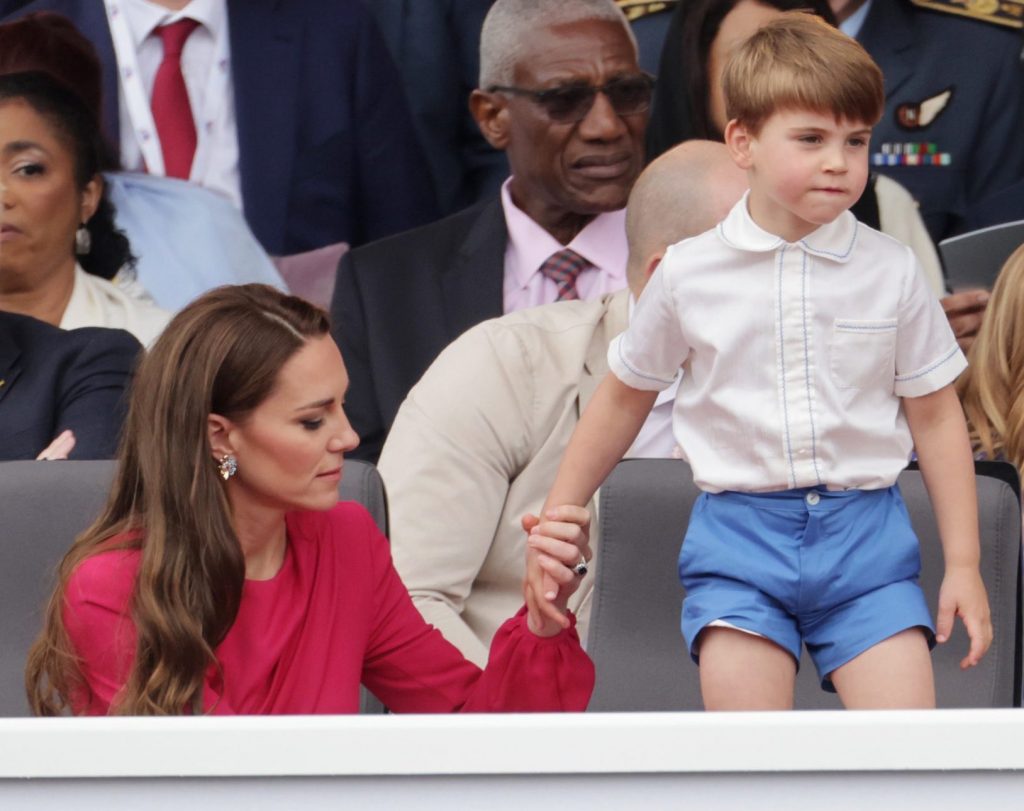 Soon after, Prince Louis was seen as he moved across to his other relatives and sat on his grandfather, Prince Charles’s lap. 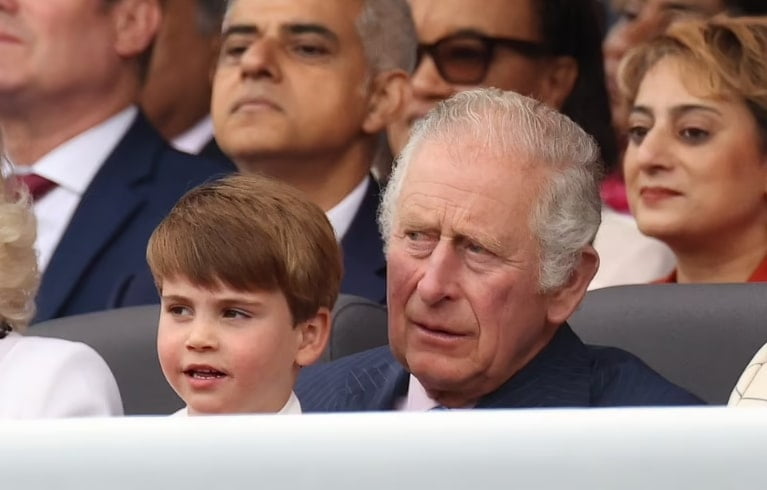 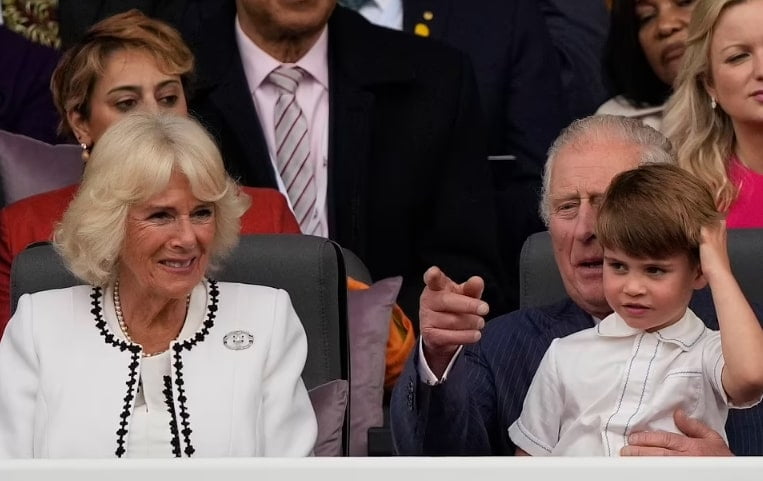 Behind the little prince sat Mike Tindall, who at one point entertained him with funny faces to keep him amused. The ex-England ruby player sat in the row behind, gestured, and pointed to his eyes that he was keeping watch over him while Kate chuckled at their interaction. 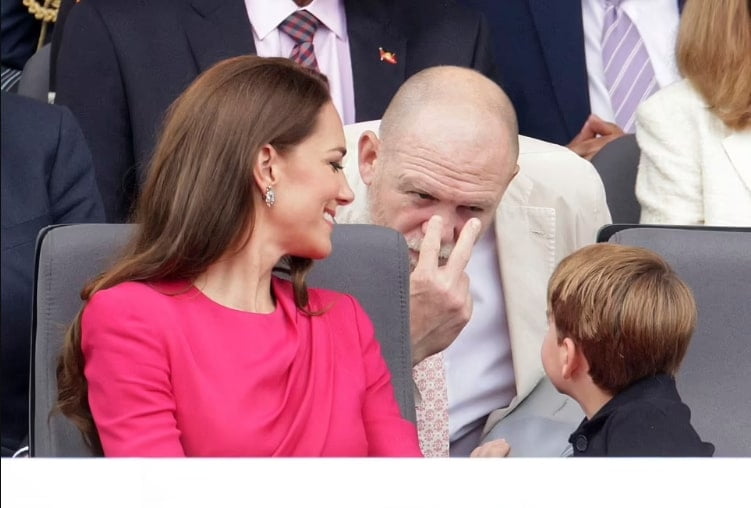 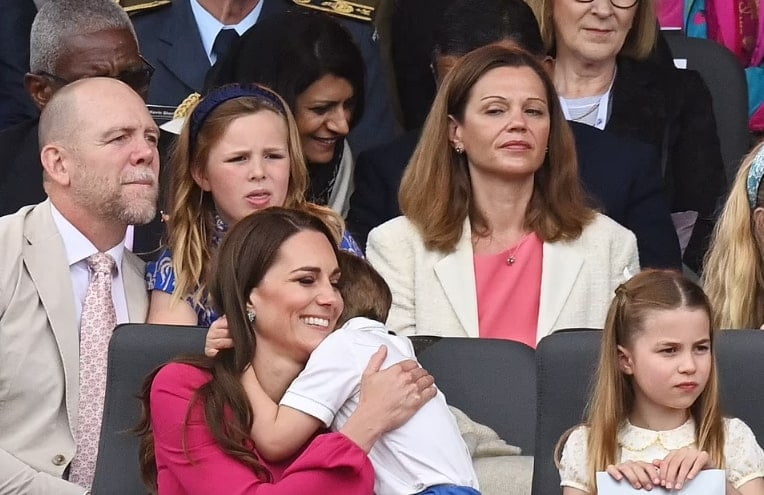 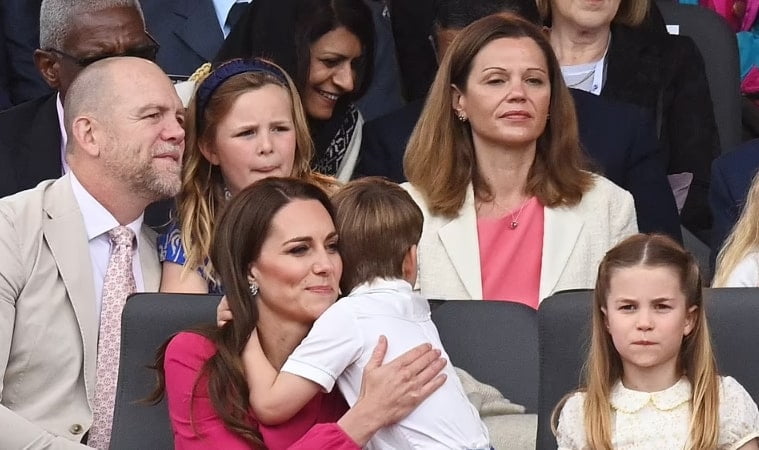 The internet has since loved the reactions of the young lad after Twitter user @Abby posted scenes from the event with the caption: “Prince Louis being iconic as always.” 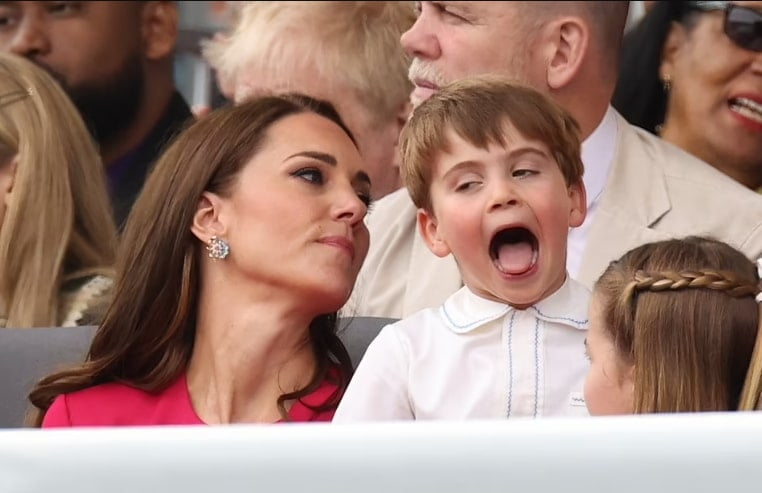 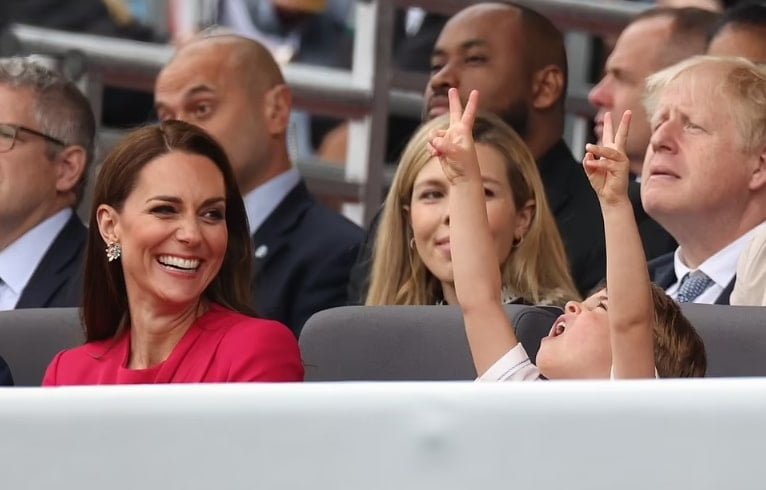 In the comments, a user identified as Belle wrote: “Prince Louis’s facial expressions are as legendary as ever.” Another Canellecitadelle tweeted: “Prince Louis deserves its meme section! I can’t help with how expressive his face is!! Love you, little bug!” A third, Liyah shared: “Unfortunately for Prince Louis, he can’t be mischievous because Mike will make sure he behaves. While Belle added: “Love this photo of Mike Tindall teasing Prince Louis and making sure he’s well behaved for the Platinum Jubilee Pageant.” 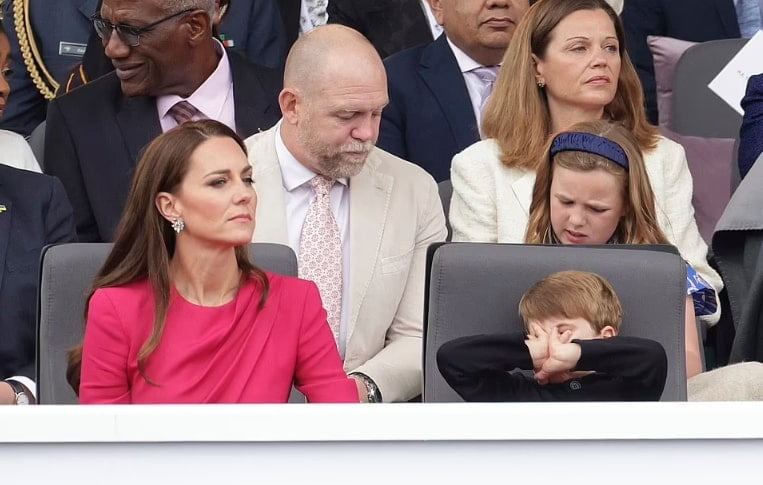 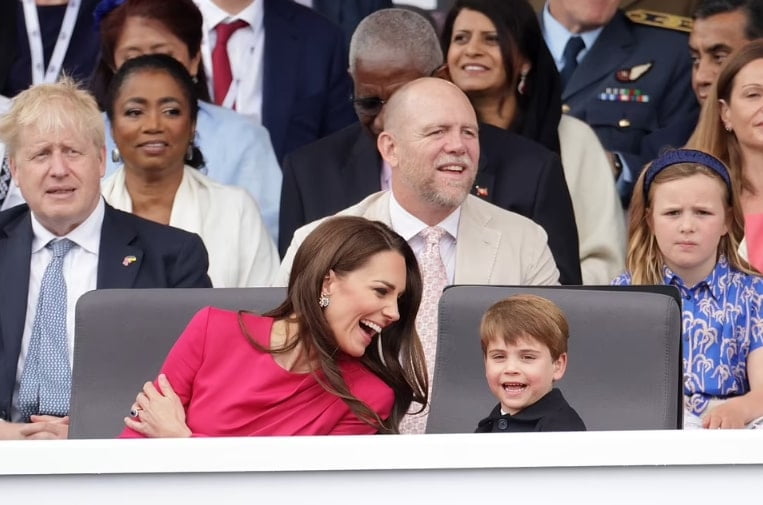 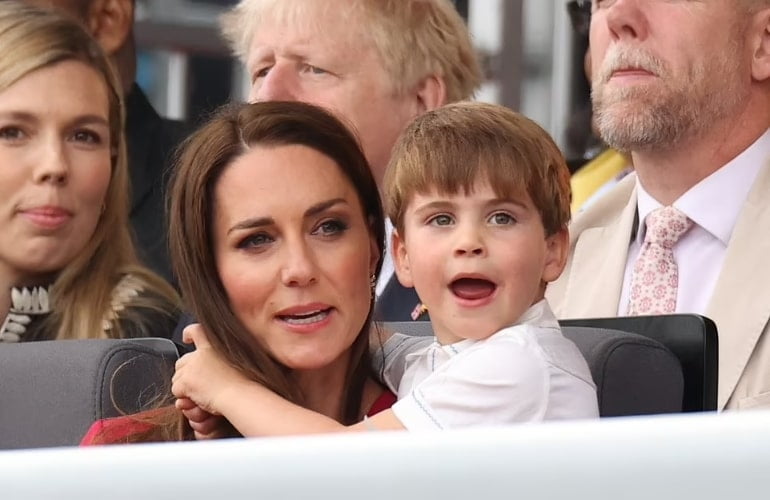 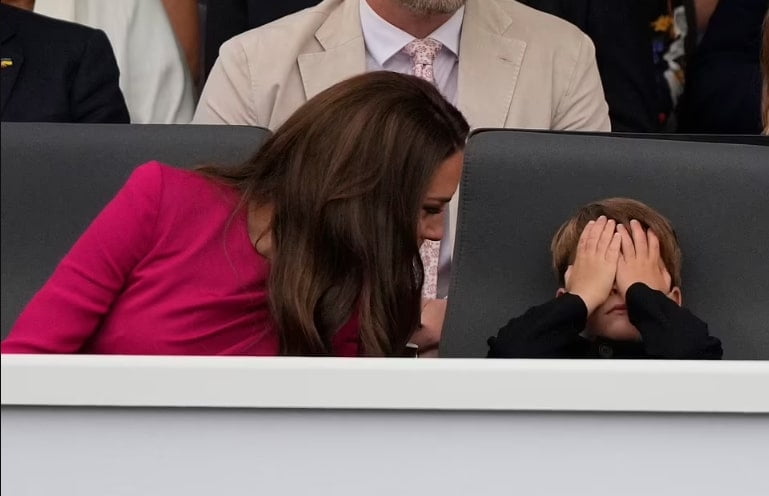 The Prince had delighted royal fans by stealing the show following Trooping the Color. 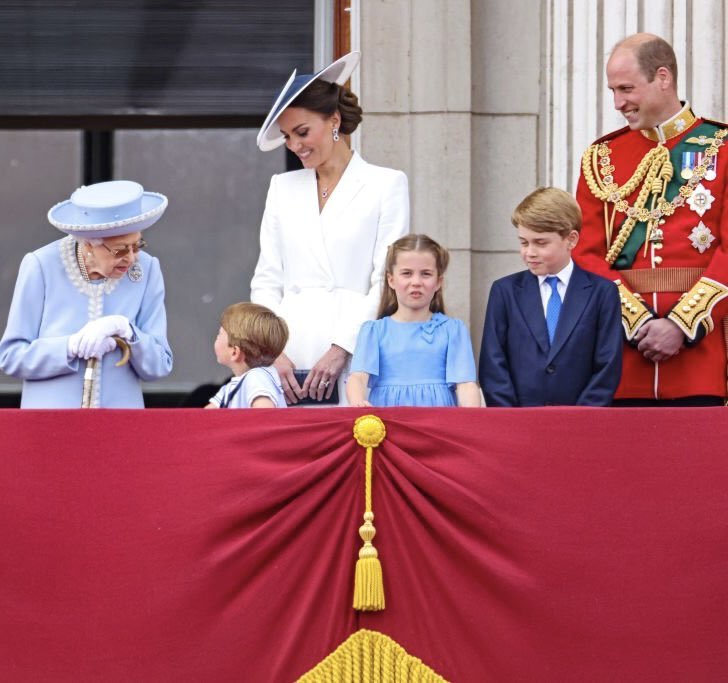 He let out a howl and covered his ears during the fly-past, and his Gan Gan, the Queen, had sweetly interacted with him as he leaned down to chat to him and pointed out the planes. However, others in the royal box included Princess Eugenie, who was seen bouncing her baby son August on her lap. 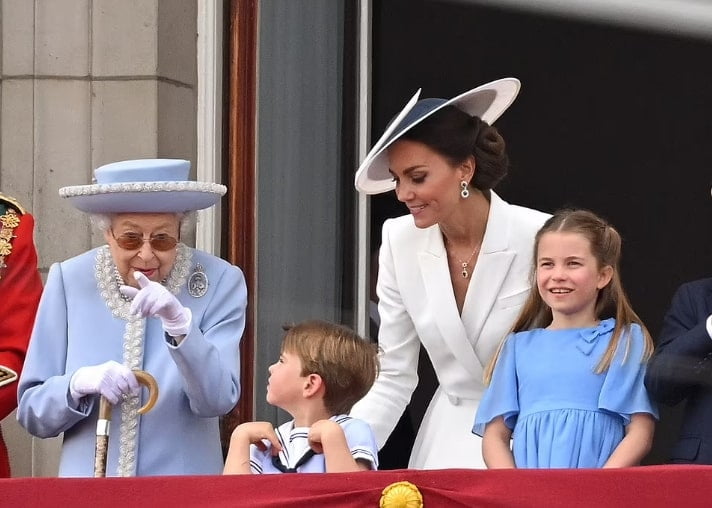 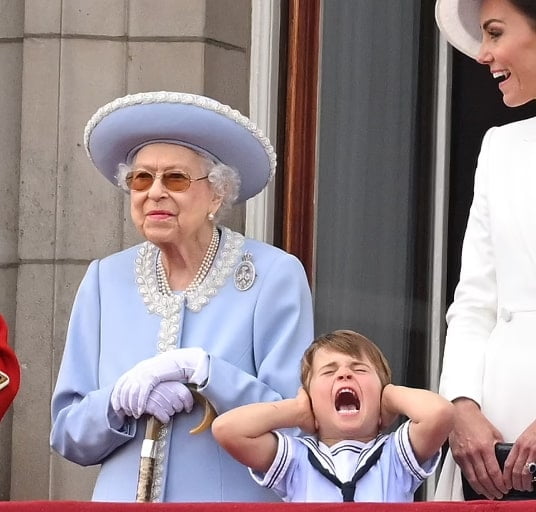 To the left, the prince’s two elder siblings, Prince George and Prince Charlotte, were seen as they sat close to their father as they watched the proceedings. 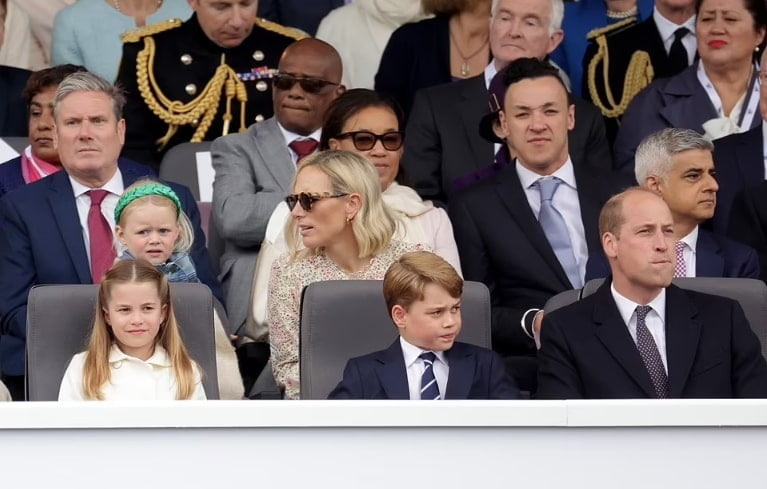 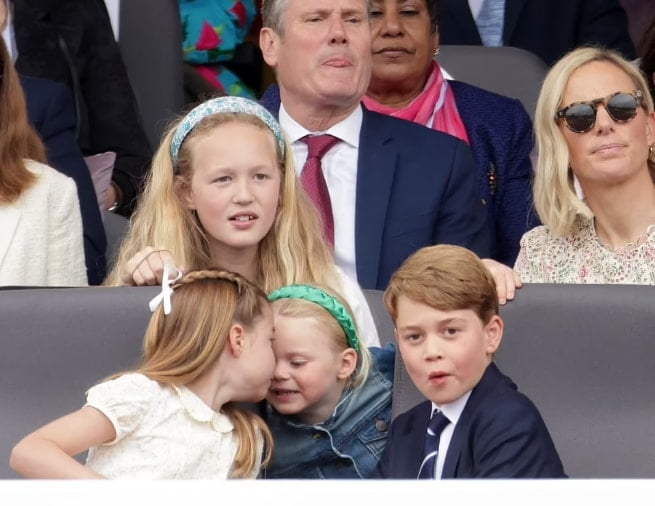 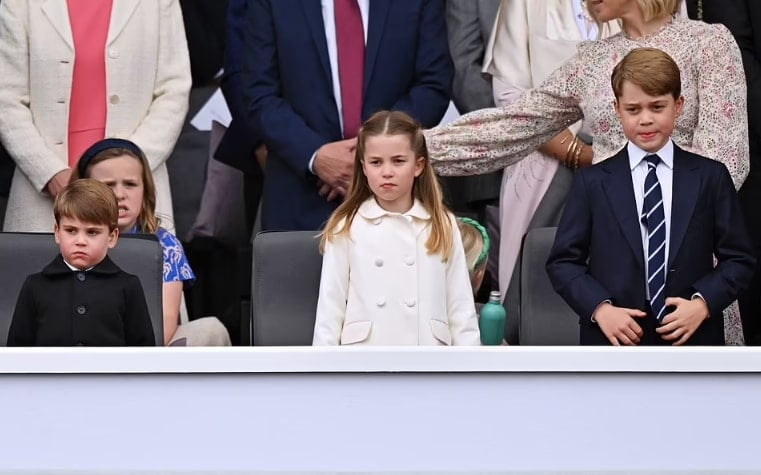 The queen wasn’t part of the pageant, although a virtual version of her, drawn from archival video from her 1953 coronation, was shown at the coach’s windows. On the other hand, a colorful street pageant celebrating Queen Elizabeth II’s life and highlighting Britain’s diversity paraded through central London on Sunday, the final day of a long holiday weekend honoring the monarch’s 70 years on the throne.