A Brazilian woman was tired of being into relationships with the wrong guys and desperately wanted a man with a good heart and pure intentions.

Caroline Oliveira recently got out of a t0xic relationship and was pregnant with a child. However, she was unaware of her pregnancy when she met the 27-year-old Edgar Costa.

The two met through Uber and fell in love. Edgar was kind and loving and shared the same interests as Caroline. 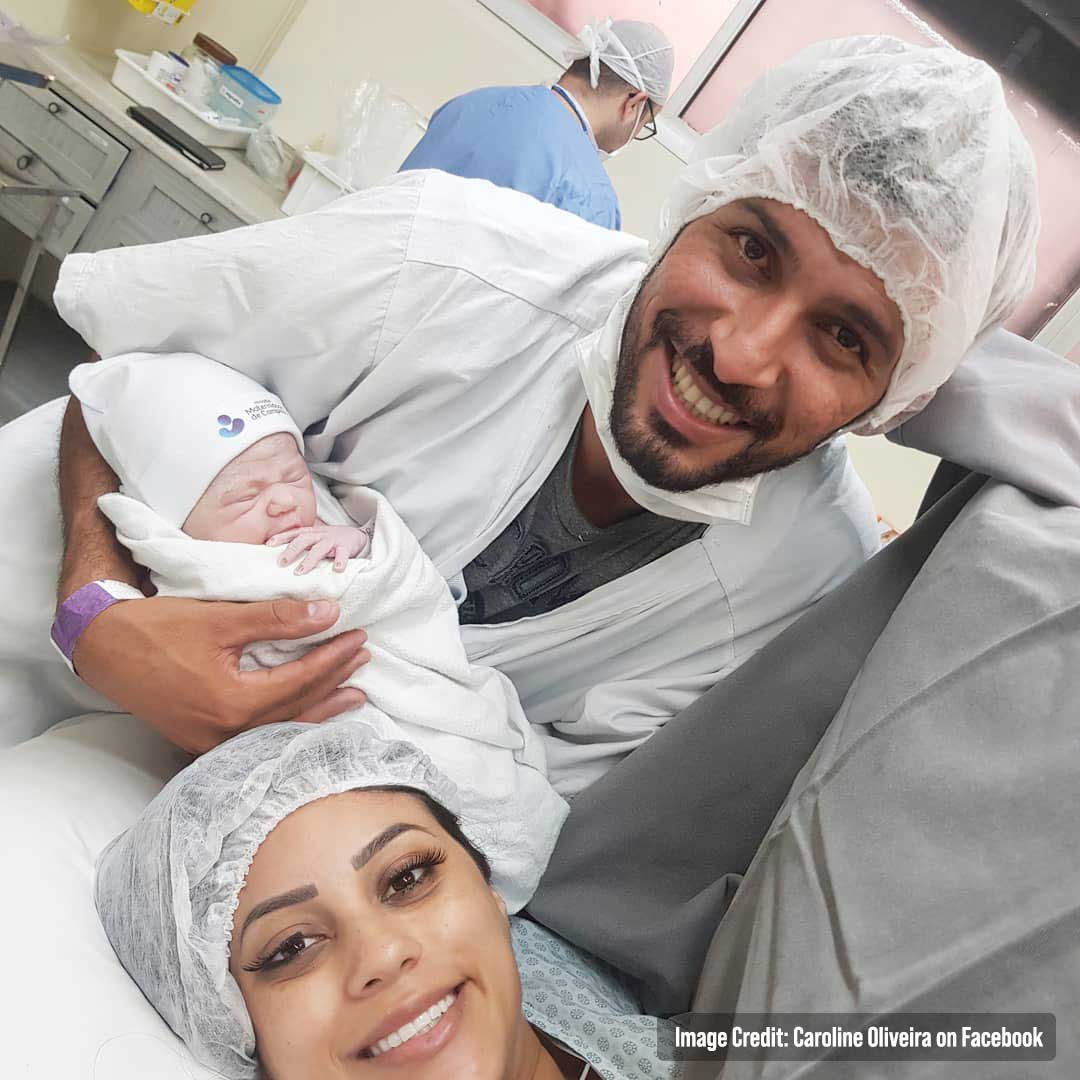 As reported by the Brazilian publication, Crescer, the young girl was heartbroken due to her previous relationship experience and wanted a partner who would treat her well.

“Tired of being used and hurt by relationships that didn’t respect me or that didn’t give me hope and trust, I asked God to put in my life a man who knew how to treat me like a woman; who respected me; who had the same goals as I want to build a family.”

When she met Edgar, Caroline said she didn’t know she was meeting her soul mate.

“And a week after meeting him, we decided to arrange a meeting. So, on that day, I was meeting the love of my life without my knowing it.”

They started dating and began to really like each other. After a few weeks, Caroline learned that she was pregnant. When she received this news, she became shocked and upset. She was confused about whether to share this news with her new boyfriend.

But then she told him about her pregnancy, expecting that he would freak out and run away. But to her surprise, he told her he wouldn’t leave her no matter what!

While sharing his story with the Crescer publicist, the 27-year-old said,

“I was afraid of getting involved because she was pregnant with a child that was not mine but soon the fear went so unnoticed that I unwittingly got involved. She completes me to the point that pregnancy was not an impediment. It was all very natural, and when I saw it, I was already emotionally involved with that pregnancy and taking care of them, doing everything I could. “

He further added that,

“I just fell in love with someone who was pregnant. That’s where our story begins. In a month, I asked her on a date, with a beautiful declaration that I always dreamed of making to the woman who walks with me. Two months later, she was the one who surprised me with such a suggestion to marry. And I had no doubts. I replied that it was also what I wanted. So, you ask me: but so fast? There’s no reason to wait when it’s in God’s plans.”

Edgar told the outlet that he was so excited about the baby and shared the news online, but he didn’t know that he would get such a huge response to his post. Many people applauded him for being a ‘real man,’ but others criticized him and wrote a lot of mean comments.

“Unfortunately, in the midst of so many positive and supportive words, there were also negative comments. Most were men, and I don’t understand why so much hate,” he said.

Costa said he deleted the post in which he shared the announcement of baby Lara because of the hate comments. Even some of his cl0se friends were not pleased with his decision and tried to persuade him to break up with Caroline.

But he didn’t listen to anyone and decided to marry her.

“I am in love with these two women and will do everything in my power for them.”

On December 21, 2019, Carol gave birth to baby Lara and shared a lovely picture on Facebook. The picture showed Carol taking a selfie while Edgar was holding the newborn baby girl.

The caption said, “Thank God I had this wonderful person by my side, helping me, motivating me, supporting me in every minute of this moment. If I hadn’t had him there, it would have been more difficult to go through everything alone.

“He thanks me for having let him participate in the birth, but I am extremely grateful that he accepted and stayed with me in this moment.”