For Allowing Her Daughter North, 8, To Wear A Corset “Kim Kardashian Is Slamm’ed”

At Kourtney Kardashian and Travis Barker’s spectacular private ceremony in Portofino, Italy, the entire Kardashian family dressed to impress. Kim Kardashian strutted in a goth attire while preserving her blonde hair, and her daughter North West was dressed in a similar motif as the camera focused on her.

However, she was chastised because her daughter was only eight years old when she wore a corset.
North wore a shirt under her corset and lace trousers, whereas Kim wore a sheer overall.

Because Dolce & Gabanna financed the entire vacation and their wedding, the entire family was adorned in the brand from head to toe. Even the children were not spared at this star-studded bash.

Viewers, on the other hand, quickly pointed out that she was far too young for that look.

Before the celebration, the two were seen wandering through the streets of Portofino, and North was dressed in a gorgeous neutral pink suit. 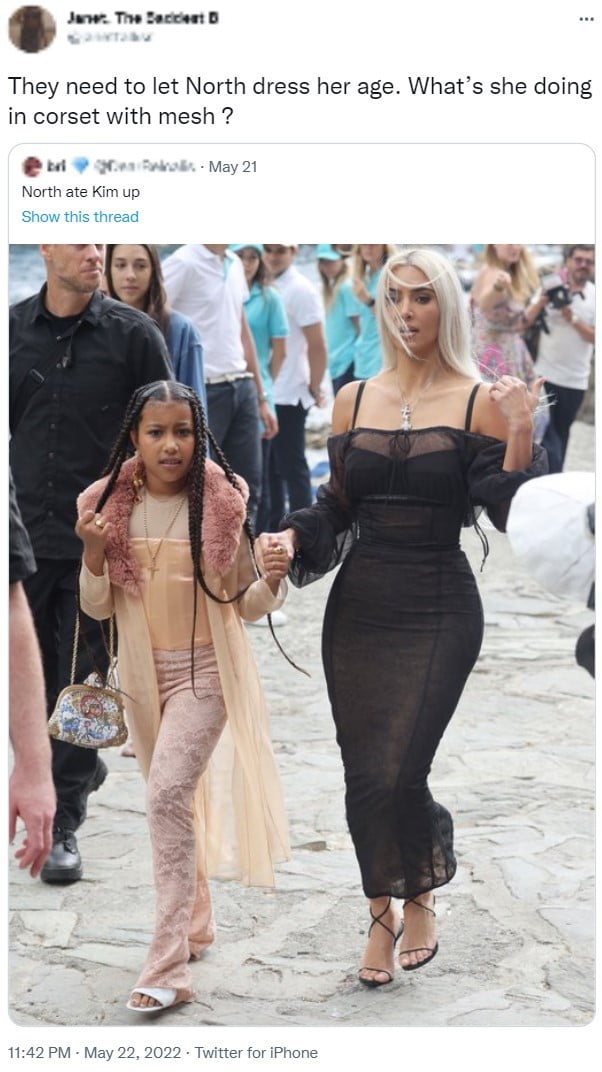 Some felt like Kim did this to annoy Kanye West, her trigger-happy dad.

North should not have worn the corset and should be allowed to act like a child, according to critics. 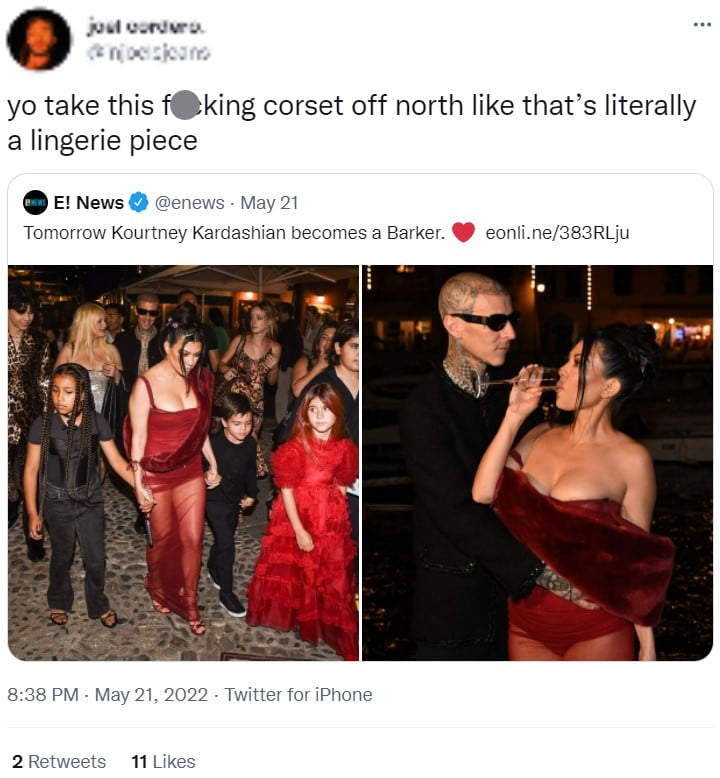 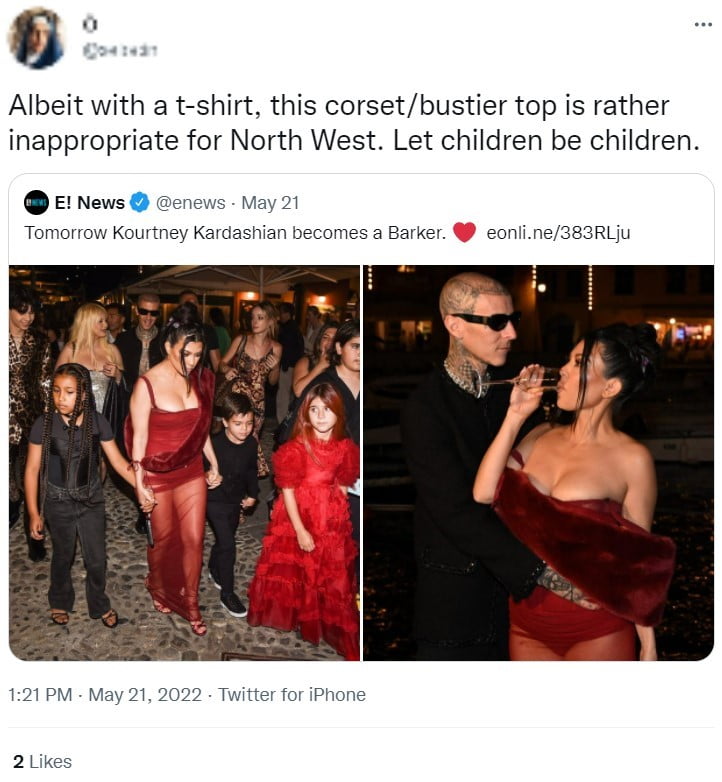