Florida woman Gave Birth to Identical Twins with Down Syndrome

Between 1980 and 2018 the chances of giving birth to twins boosted by 72 percent but it’s still pretty rare. Nearly 33 out of every 1,000 births are twins. And in which the chances of identical twins are relatively rare. About every three or four births out of every 1,000 are identical twins. A 23-year-old Savannah Combs discovered that she was pregnant with twins, she was excited.

But then she found another abnormality that they both had Down syndrome. Of course, it was sad news. Savannah and her husband, Justin Ackerman, knew that some people are going to judge them along with the kids for their condition. But for a mother is always precious. 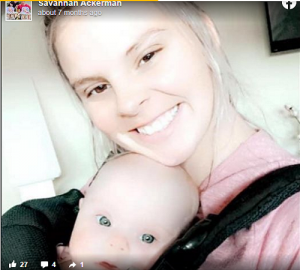 No matter how they look how they behaviour. As a mother Savannah, believe that what makes them extremely valuable. She told News4JAX. “It’s very rare what they have, but they’ve been my little gems.” Savannah, belongs to Middleburg, Florida, conveyed her post-pregnancy path along with her twin daughters Kennadi Rue and Mckenli Ackerman,

on TikTok where they quickly got recognition and followers. Savannah said in one of her videos that she was told to abort her kids as they would not make it. But she decided to give them birth and give them a combat chance. Savannah told, ”Every [prenatal] appointment they were alive was a blessing to me. 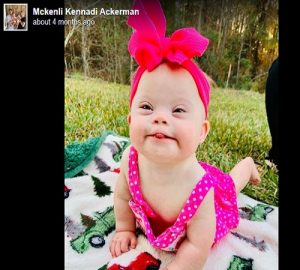 Savannah ah husband was away at boot camp, when she learned they both had Down syndrome. At the time of delivery, Savannah was 29 weeks pregnant. She was admitted to the hospital, and welcomed her daughters. On May 12, 2021, the identical twin girls,

Kennadi Rue and Mckenli Ackerman, were born. Two months before their due date, the twins arrived two months, so they had to spend many weeks in the NICU before they came home.