A Secret Life of Mom Highlight Story: Sometimes there are stories that are just too memorable, too beautiful, or too touching to keep locked away. That’s why we scour the archives and bring some of them back to experience again. They may inspire you, make you smile, or shed a tear, but they’re always meant to add a little something to your day. Let’s be grateful for all that we have.

Angels do live among us, albeit sometimes without the wings and halos. Nine-year-old British boy Bailey Cooper had a mission to accomplish despite being exhausted from unimaginable pain. He held on harder than is expected of a nine-year-old because he had to meet his little sister.

28-year-old Rachel Cooper, Bailey’s mom told him during her pregnancy that she was going to have a girl. Bailey just couldn’t let go without cuddling her. His mum had the baby in November, and Bailey suggested a name on the way to the hospital, a name that just stuck.

He named her Millie, which means ‘gentle strength’. In the month after her birth, Bailey was the model elder brother. He showered Mille with love as best as his condition could permit. He loved her deeply, and he held her close to his heart during the short time they spent together. Bailey’s Diagnosis and Series of Remissions
Superhero Bailey initially became ill in the year 2016. The doctors diagnosed him with Non-Hodgkin’s lymphoma, a form of cancer that originates and spreads from the lymphatic system. This system is basically a network of vessels that transport white blood cells into the blood to fight infections.

When cancer starts, the white blood cells begin to multiply abnormally. They can then spread into the vital organs and cause tumors.

Bailey’s cancer was discovered in stage three. He underwent chemotherapy for several months and finally went into remission in February 2017. His parents were instructed to bring him in every three months for check-ups.

“We were in Paignton zoo when we had a phone call from the hospital that he had relapsed and they needed him back in. Bailey showed signs that he was breathless and tired,” Rachel said.

The doctors resumed chemotherapy and were positive Bailey had a high chance of going into remission again. The tumors had already done irreparable damage to his organs.

“He had a stem cell transplant. We had to try everything we could,” said 30-year-old Lee Cooper, Bailey’s father. Bailey went into remission again in July, but cancer re-surfaced in August. Bailey’s internal organs had endured extensive stress and damage. It was too late. 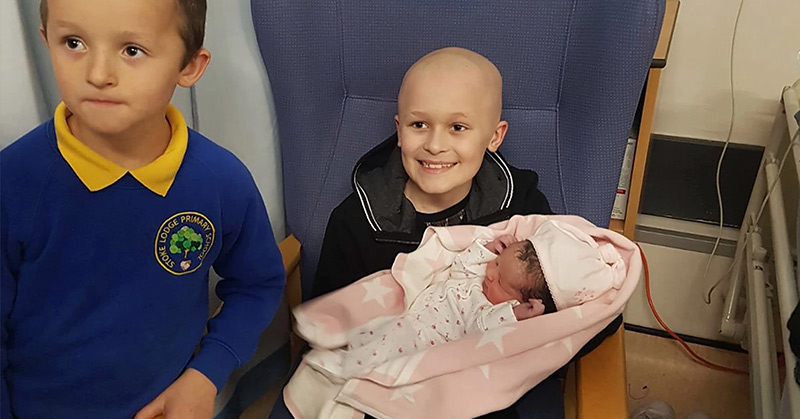 Bailey’s Last Days
Bailey knew he didn’t have much longer. He was already in too much pain. He requested that everyone wear superhero outfits at his funeral. “You’re only allowed to cry for twenty minutes,” he told his parents. The poor boy didn’t want to leave the earth knowing they’d cry for too long.

His parents insisted on getting him Christmas gifts. Nearly everything he chose wasn’t normally the kind of thing Bailey would like. He was practically picking toys for Riley, his six-year-old brother. He didn’t want Riley to have to grow into the things he would leave behind.