visiting the inside of her fully adorned house, Reported by People. The Fast and Furious actor shared few video clips on Instagram about her mother and new home. In one of his video he captioned LOVE YOU MOM AND SURPRISE!” THE ROCK WROTE IN THE CAPTION. 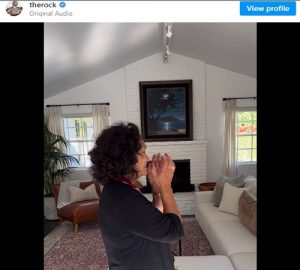 WHEN I WAS A LITTLE BOY, I HATED WHEN MY MOM WOULD CRY Another clip shared on Instagram with song, Somewhere Over The Rainbow is playing in the background as she is stepping through the front door into a gift that kept on giving. She was amazed by the layout, from the fully equipped living room to the adorned bookshelves and family portraits.

The Black Adam actor told in the caption how he was able to make the surprise possible. He notified his 320 million followers on Instagram that it took him and his design team approximately eight weeks to get the house prepped. He surprised his mother many times earlier, he said 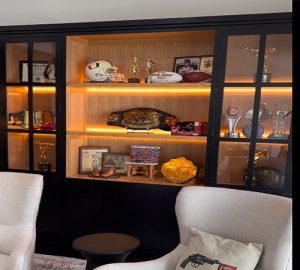 but this one is special as his mother told me over and over these past few years, After a lifetime of traveling, I need this home to be my last That’s my dream In one more clip, Rock’s mother steps into a huge family room with her “vintage ukuleles” festoon on the wall and eternalize pictures of their ancestors that she hasn’t glimpsed since she was a child growing up in Samoa.

He further added She misses her mom and dad. I miss them too, he continued. Thank you, God, for blessing me with a little bit of work ethic to make stuff like this happen. This Sunday, the Hobbs and shaw actor shared another clip of his mother as he swirled her world with her own

Smack down Room, where she has once kept “the coolest Rock/DJ memorabilia in her additional homes. He noted that the room was her favourite to show off to guests and visitors.