An influencer had gone and confused thousands of TikTok users as she transformed into a completely different person within seconds with makeup. Valeria Voronina is not a catfish, but she sure would be a very successful one if she wants to.

Valeria has over 2.2 million followers on her TikTok page. 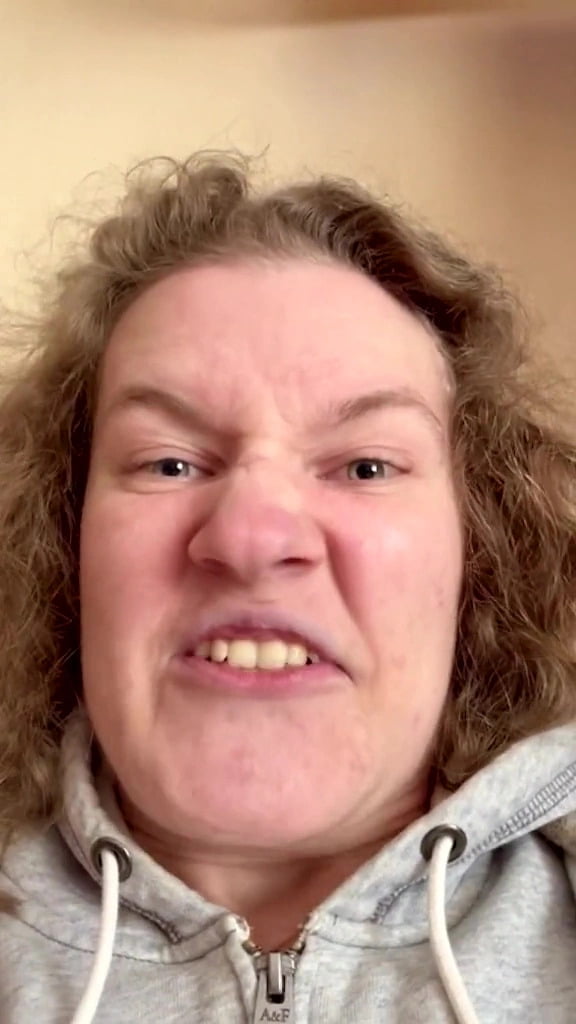 Valeria loves makeup and built her page around her amazing transformations. She often gets asked about her skincare to the makeup products she uses. While Valerian tends to go for very bold makeup with deep-tinted red lipstick, Valeria is fully capable of going for more “natural” looks.

She looks fire in the after pictures! 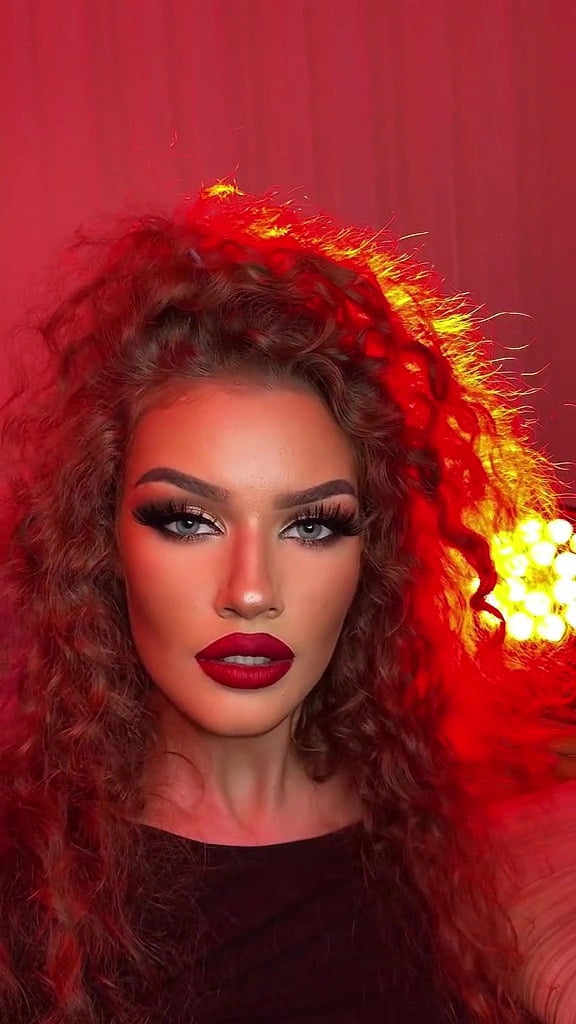 Valeria often purposely use makeup or filter to make her before pictures uglier for the dramatic effect. But that doesn’t discount her fantastic skill at turning her face into the perfect canvas for any look she aims for.

She’s done another where she only has messy hair with a bare face. In just a few seconds, she was slaying with a sharp makeup reading for a night out. 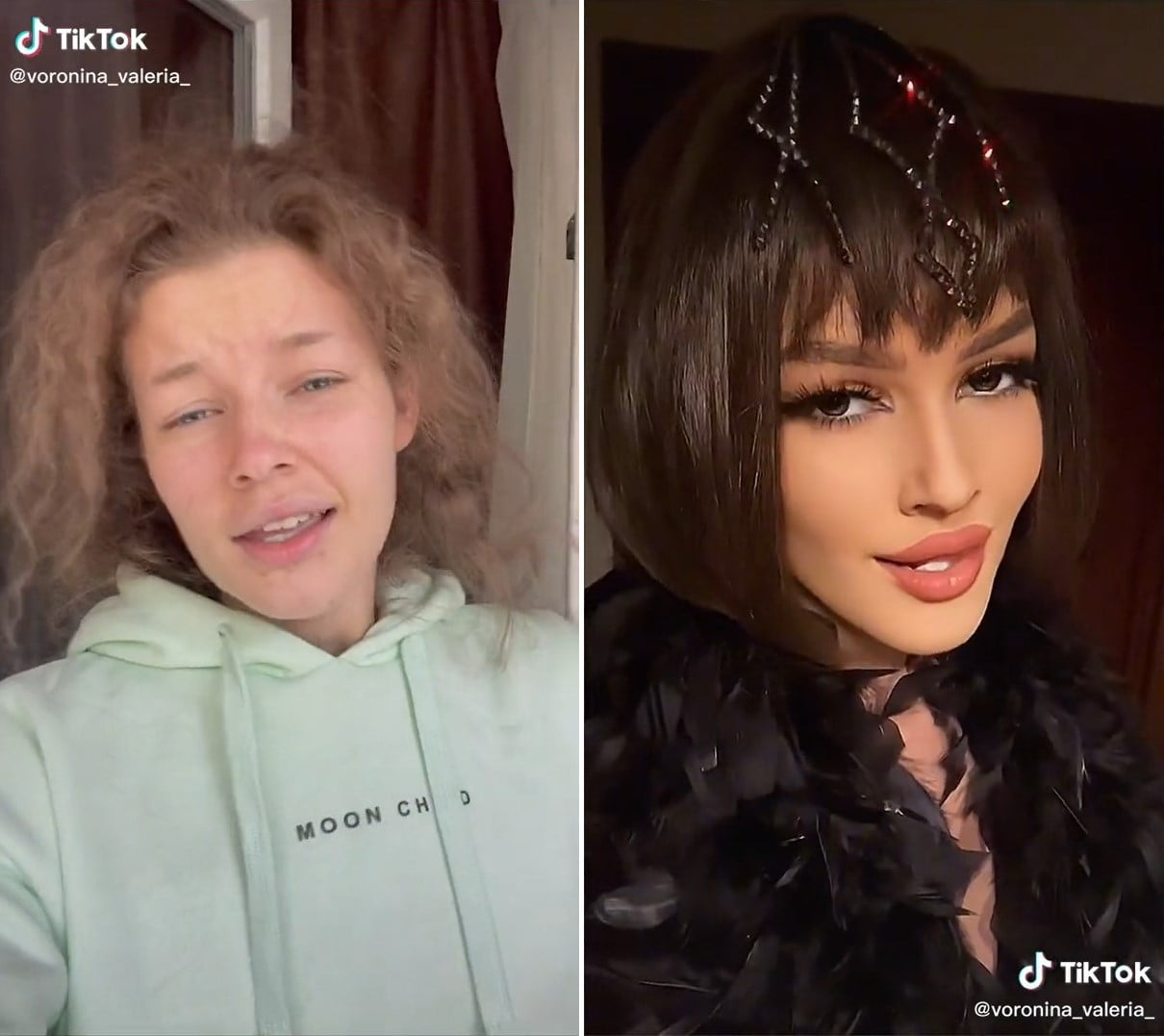 Because of this, she often gets asked for tutorials, which she does share from time to time, to attain the glam looks! The curly-haired beauty also often duets with her mom, who’s also incredibly youthful and often undiscernible with people asking who’s the mom.

Many couldn’t believe that she was able to change that much and would often comment, “I doubt is the same person.” 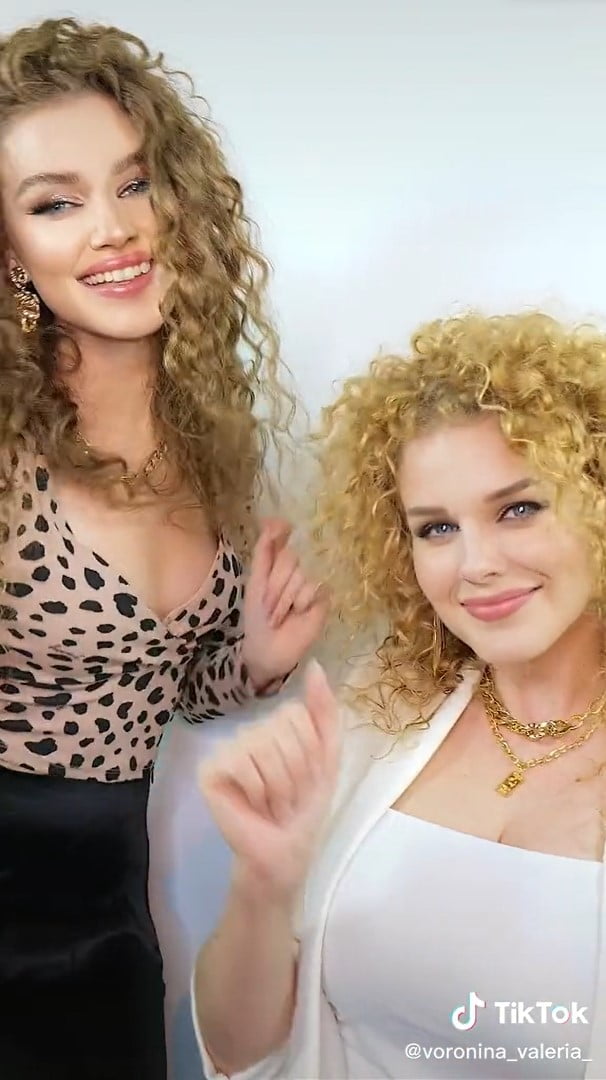 One of her fans commented, “Do a quick tutorial, so we know it’s the same person!!”

Another still in disbelief wrote, “Would love to see your transformation live because I still don’t believe it.”