Jason Alexander, Britney Spears’ first husband, live-streamed himself on Instagram as he ran through hillside trials and tussled with security guards to crash the singer’s wedding with Sam Asghari at her Thousand Oaks Mansion. He was married to the 40-Year-Old in Las Vegas in 2004, but the union was annulled 55 hours later 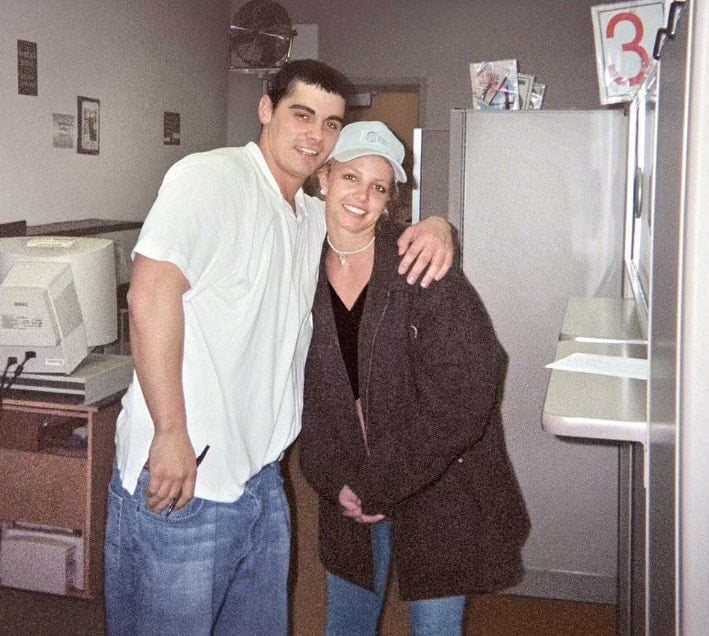 “I’m Jason Alexander. The first husband. I’m her to crash the wedding,” he screamed out loudly. 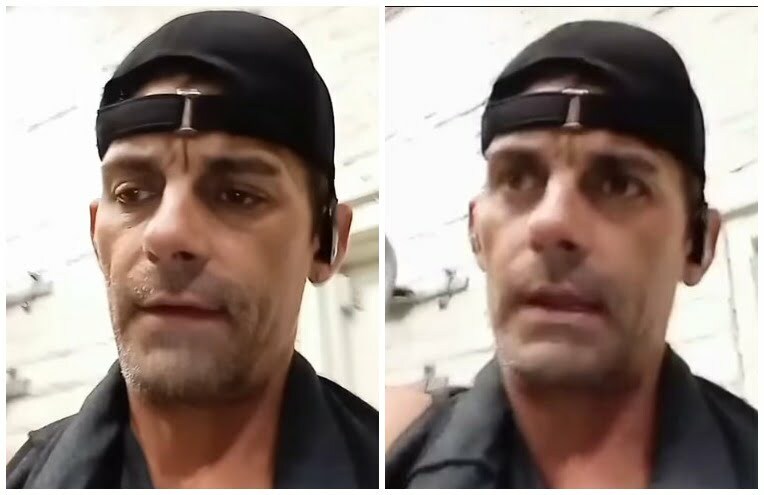 As Jason successfully entered the tent [pictured below] where the wedding would be held, he shouted, “She’s my first wife; she’s my only wife.” Eventually, the wedding crasher was wrestled to the ground and has since been charged with trespassing, vandalism, and two batteries after scrapping with Britney’s security guards. 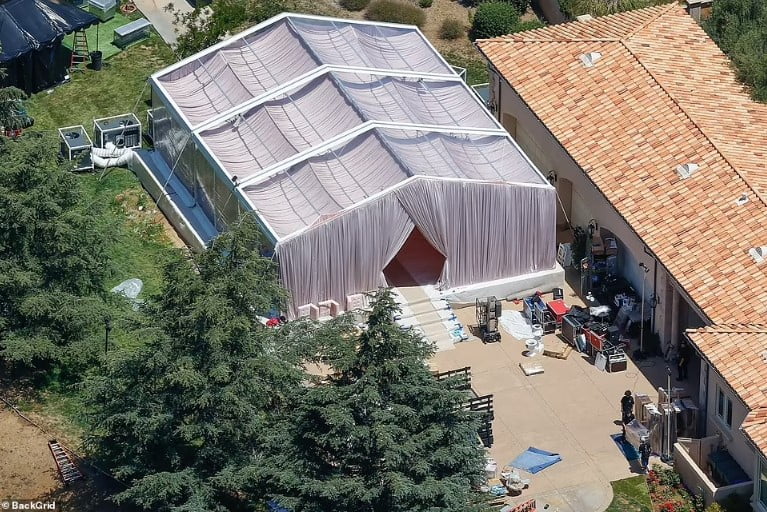 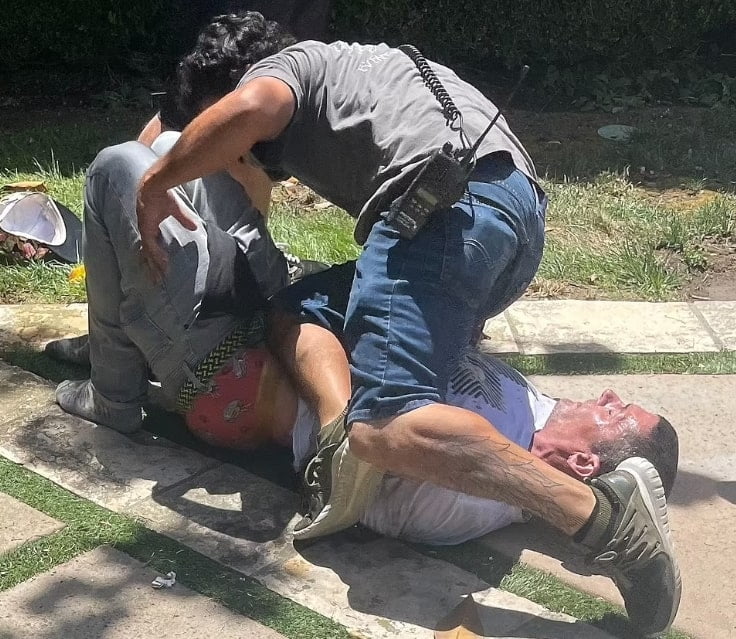 “Britney is shaken but doesn’t want to let this get her down. Everyone is thankfully safe, and Jason is no longer on the property,” a source told Page Six.

Jason’s ar’rest is his third in thirteen months. Police sources shared he has a felony warrant for larceny in another country and was last in po’lice custody for breaking security protocols at an airport in August. He had previously been arrested for violating an order of prote’ction and stalking an unidentified woman in December 2021. 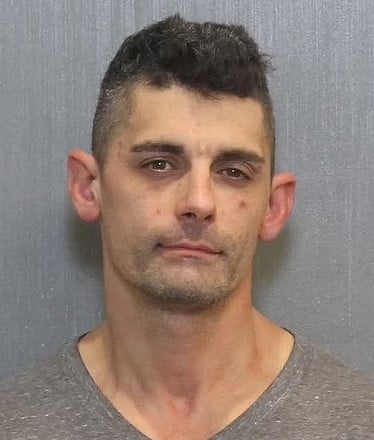 Despite the drama, the wedding of Spears and Sam kicked off without a hitch. It had celebs including Madonna, Donatella Versace, & Paris Hilton as guests. 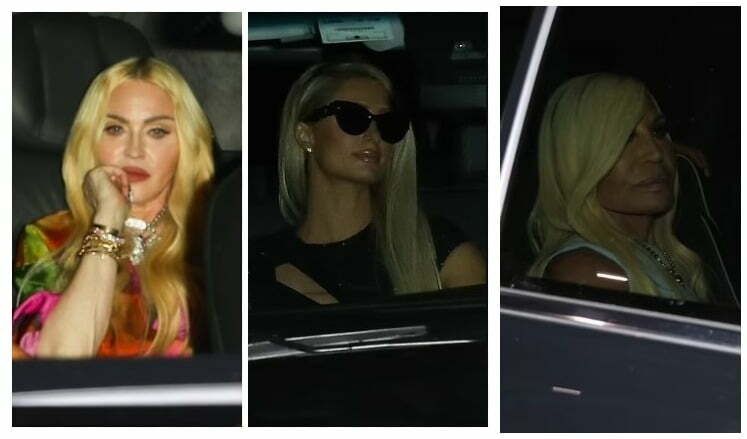 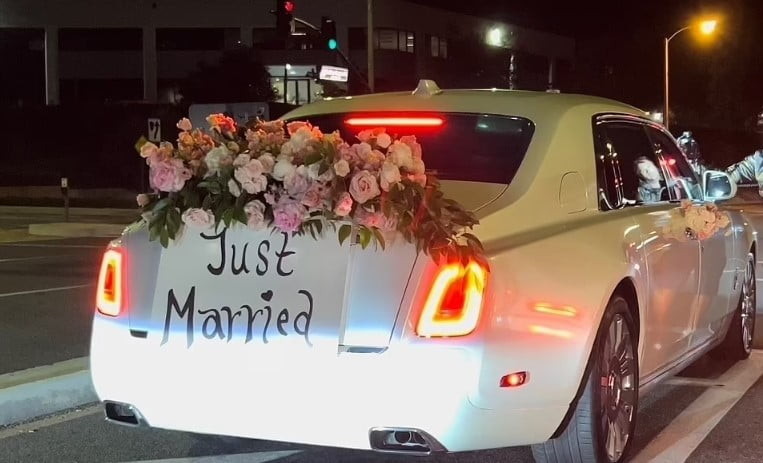 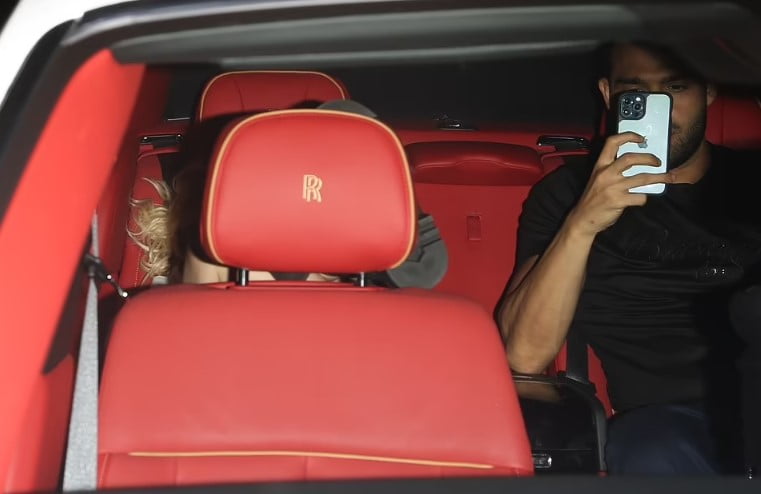 However, Spear’s attorney, Mathew Rosengart, told TMZ he was livid after Jason crashed the singer’s wedding venue. He said he’s personally working with the sheriff’s department to ensure he is aggressively prosecuted to the fullest extent of the law. “Jason Alexander has been handcuffed, taken into custody and arrested. I express my thanks to the Ventura County Sheriff’s Department for their prompt response and good work,” Mathew said.

On the other hand, Spears has officially tied the knot with Asghari after nearly six years together.

For the moment, she wore a custom Versace bridal gown created by legendary fashion icon Donatella Versace. It had ‘an off-the-shoulder cap sleeve and a deep V-shaped slit in the leg,’ as per E! News. In March, Spears teased Donatella’s potential involvement in bringing her wedding gown to life in an Instagram post. Accordingly, it’s reported she made a trek down the aisle to Elvis Presley’s hit song Can’t Help Falling in Love.