A Black woman, Damea Morris, claims the baby she gave birth and told by doctors that it died during birth is not really died. She believes that it was given away, adopted and raised by white parents. Around three years ago, Damea unexpectedly gave birth to a baby girl, RaeLa Adams, on the toilet at home.

As they resided across from the street from a school, the baby’s father went on to get help and came back with a woman from the school who helped Damea until paramedics reached. That women told that baby is not breathing however the baby started crying after cutting the umbilical cord. When the paramedics reached, they transferred Damea and the new born to 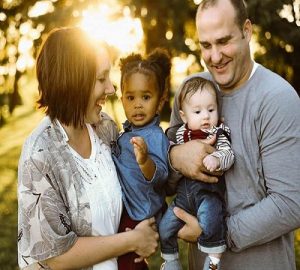 St. Joseph’s hospital where it was declared that the baby passed away. Damea was emotionally exhausted and refused to see her late baby, later they gave the family an urn with what was believed to be the baby’s remains. However, when she showed to receive the de*th certificate for RaeLa, she found some horrible news. she told, I ended up finding out I have an adoption open with some lady.

After lots of search for the lady’s name on social media, she was able to find and got shocked after scrolling the photos. The lady and his husband was carrying her daughter and she said, Omg she looks just like my other kids, When contacted to adoptive mother, she told her story online and shared that the hospital called her on the same day when Damea gave birth. 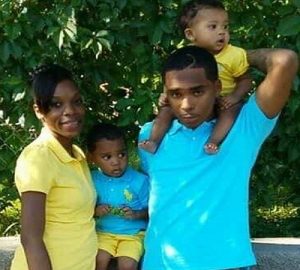 They were asked to choose the last baby as the maternity ward at the hospital was closing. One more shocking think happened, when Damea finally got the strength to open urn and found that it was empty. After the things getting highlighted on social media,

the adoptive family removed their social media account public accounts of their adoption process. Since then a hashtag is trending on social media, BringRaeLaHome. We hope that the mother gets her daughter and come back her real home.