At The Same Time Three Sisters Got Pregnant with Twins

According WLBT-TV reports, three cousin sisters from Mississippi, Melody Stubbs, Courtney Harper, and Janeshia Wilson all are expecting twins. Harper said, I think Neshia [Janeshia] shared first, and I saw her post, and I posted mine about a week or two later.

She called me and said you’re pregnant, you’re having twins?! Shortly after that reveal, they found out that Stubbs was also expecting twins too. Stubbs told, And we found out we had the same doctor, Stubbs said. Harper told reporters, It’s kinda mind-blowing. The first question that people ask is whether twins run in our family, but no one close to us has twins. 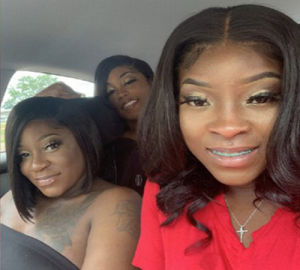 We kinda just started a generation of twins out of nowhere. There is one thing more which shocking all of the three have lost their earlier babies and they called them rainbow babies. As the rainbow forms after dark storm. But the loss of babies are not only with these three cousins but a 2021 study in The Lancet, Black people encounter a higher risk of miscarriage in the world.

In the United Kingdom researchers analyzed data from 4.6 million pregnancies in seven countries, which includes the United States. They found that in comparison to Black people 43% more probable to encounter a pregnancy loss. Wilson said, 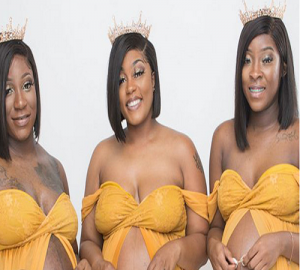 We talk about things we’re experiencing during pre gnancy; we go to women’s health events together. We get together, have fun, take pictures, and just experience the journey together. On October 3, Stubbs is expecting a girl and boy. On October 5,

she’s already selected the names of his babies, Legend and Truth. Harper is also expecting, a girl and boy and the name will be Hendrix and Houstyn. And on October 11, Janeshia Wilson is welcoming two boys, named Karsen and Kasen.