Woman Causes A Scene After Telling Intrusive MIL To Hit The Road For Nasty Comments About Trying For A Baby, Wonders If She Overreacted

Relationships with in-laws are never easy. We struggle for years to feel accepted by our SO’s parents, showering them with compliments and impressing them with our charming personalities. Yet, overbearing parents inevitably find something we never even thought was a problem and decide to reveal their intrusive and mean sides.

But there’s only so much a person can take. A month ago, Redditor J_M461 took her story to the “Am I The A-Hole” subreddit to ask for perspective about a heated dispute she had with her mother-in-law. The author and her husband have been married for a year, but her relationship with the lady has always been tense.

While the woman could calmly shut down the snide comments and countless nosy questions, one particular incident left her floored. Turns out, the mother-in-law insisted on her getting pregnant and was not happy to hear the user’s response. What followed turned into a bitter conflict that divided the whole family. Read on for the whole story and weigh in on the situation in the comments!

Recently, this woman found herself in a dispute with her mother-in-law after she told her to work “harder in the bedroom” to fall pregnant 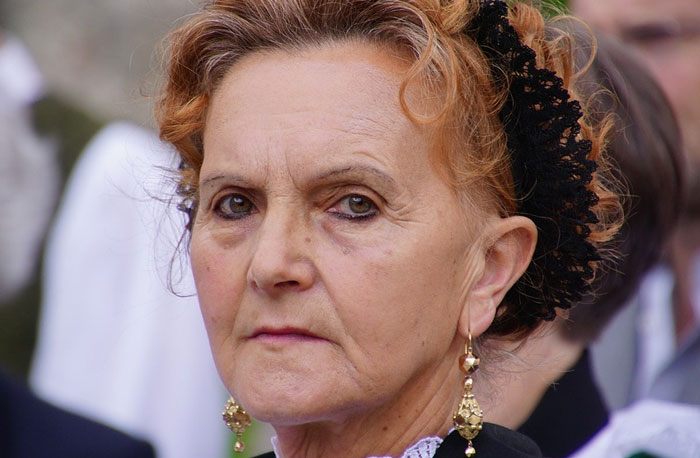 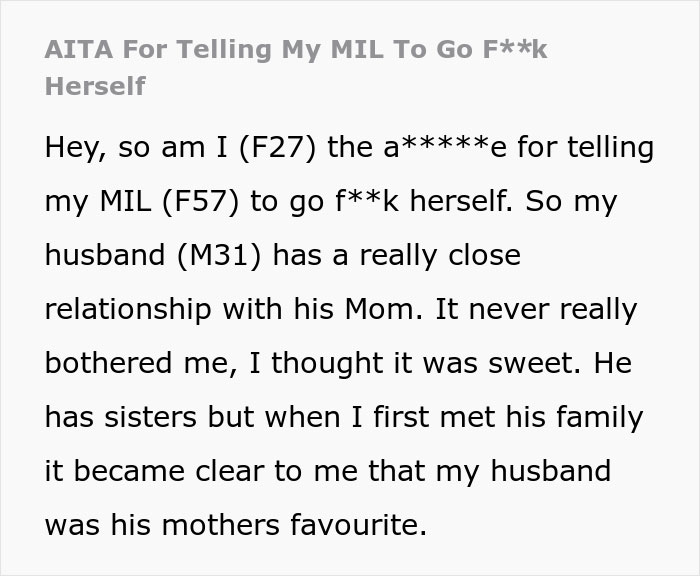 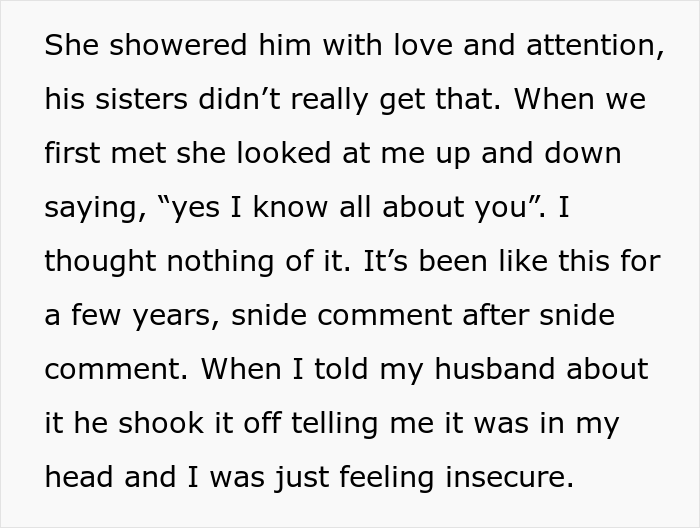 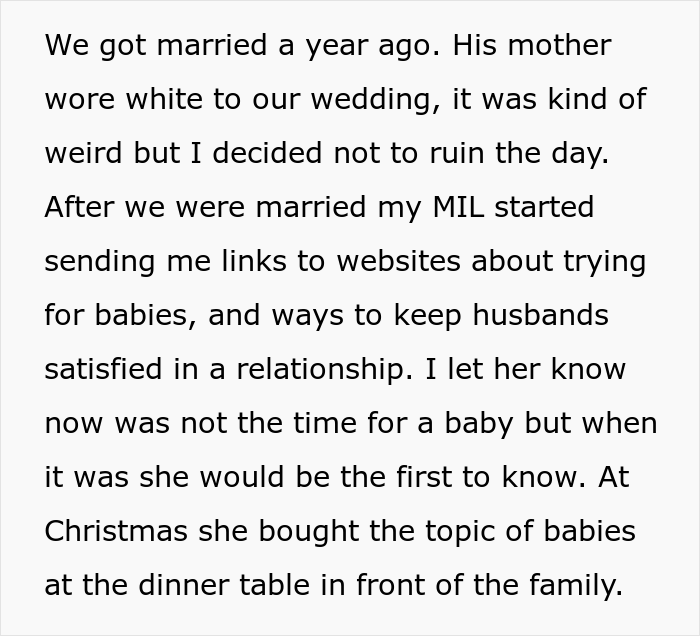 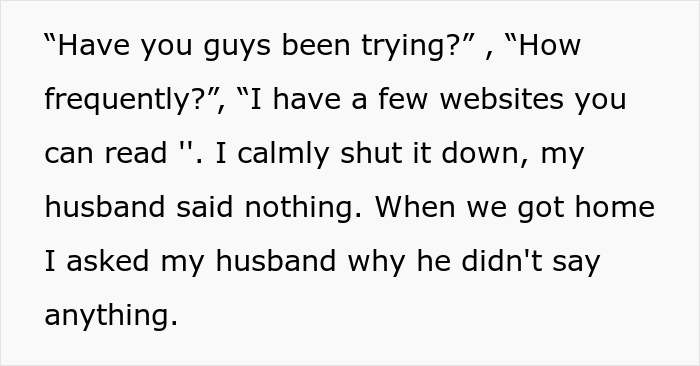 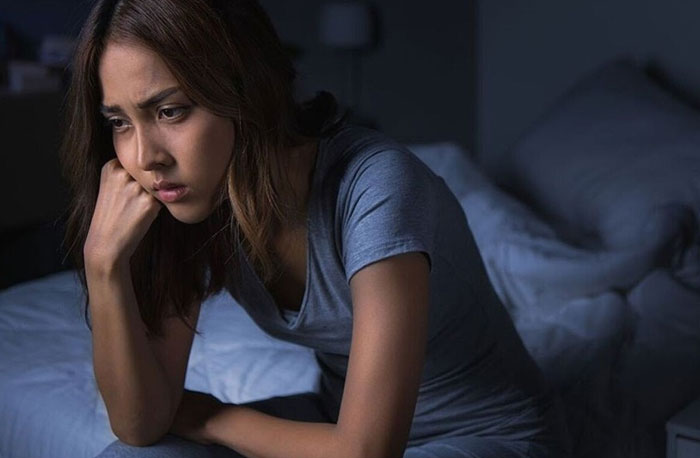 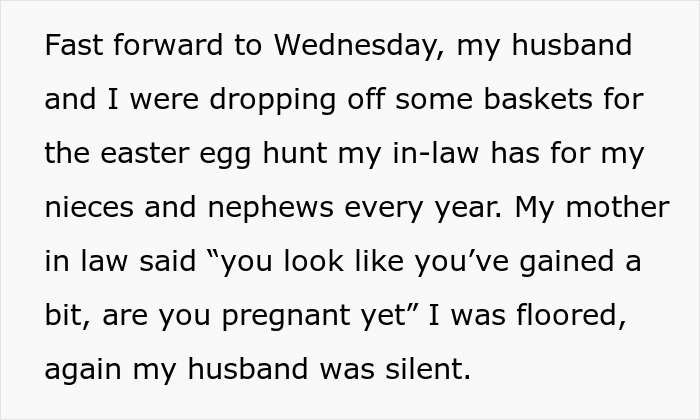 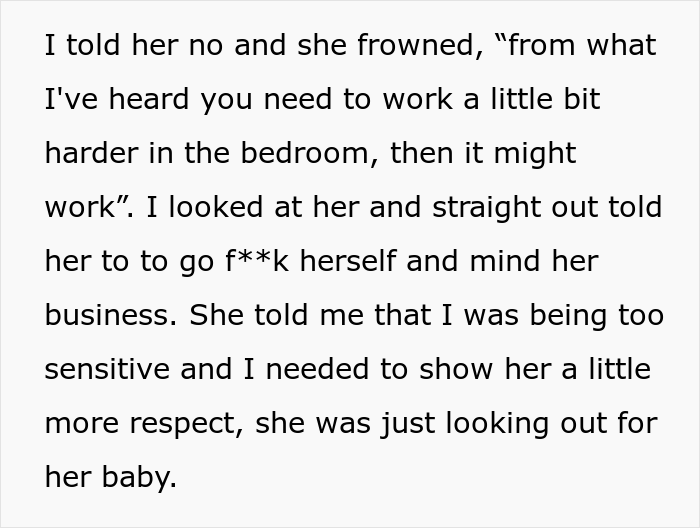 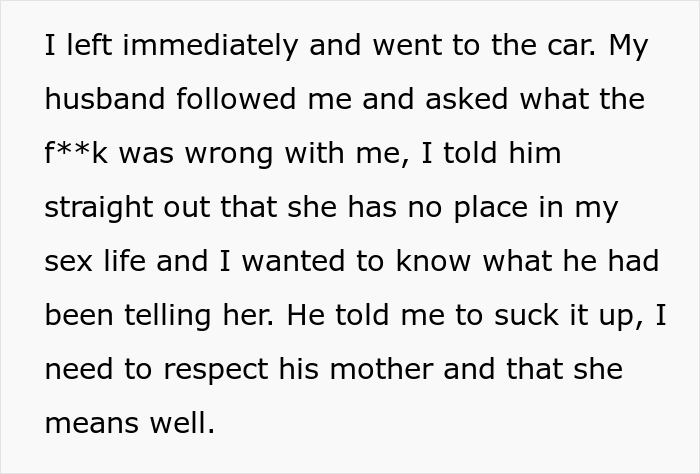 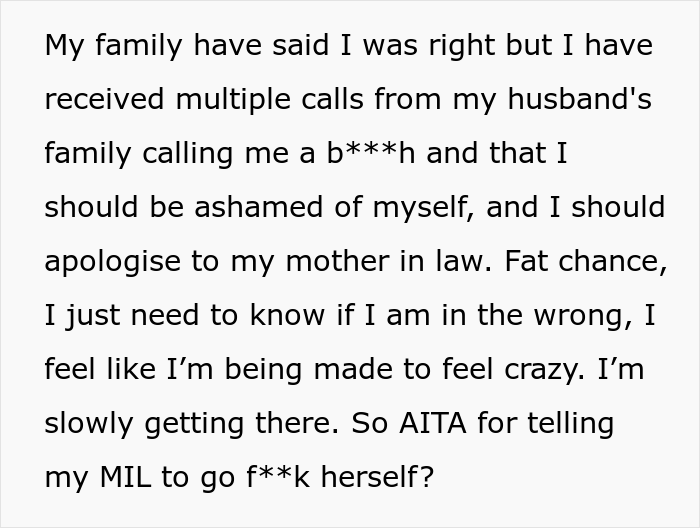 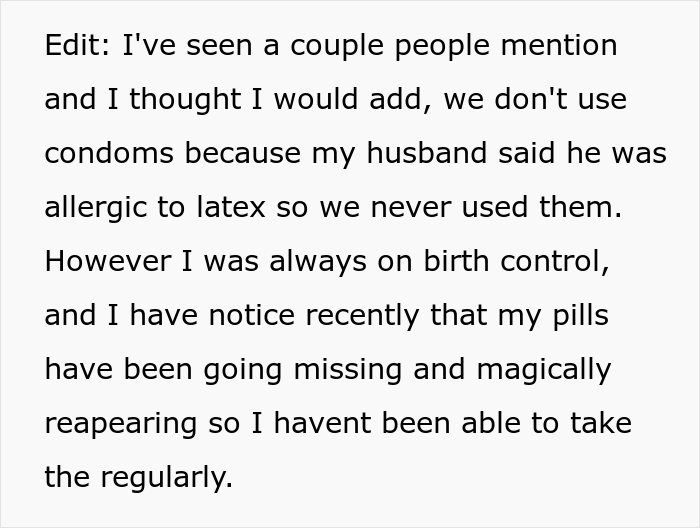 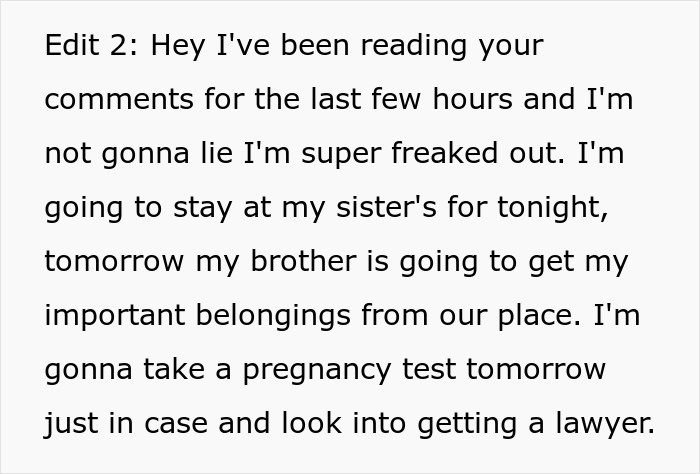 The redditor’s story amassed 14k upvotes and over 2k comments where fellow members of the AITA community unanimously agreed she was not in the wrong in this situation. While we can only imagine how difficult it is to have an extremely tense relationship with your mother-in-law, it’s even worse when your husband takes her side over yours. The user later mentioned in the comments that she has no idea “if it’s him who wants to have a baby or she’s telling him to want one. He loves his mom and has told me before what she wants goes.” As far as we can tell, that’s a red flag in the relationship.

We often think that marriage is the union of love consisting of two spouses but their families are also an inevitable part of the equation. “When you marry someone, you inherit their family,” Nancy Tramontana, a licensed clinical social worker, told Fatherly. “And one of the biggest things couples fight about is in-laws. If they can’t get along, it’s going to be a rough road.” Well, when the woman’s mother-in-law looked down on her and said, “Yes, I know all about you” and continued to throw countless biting comments her way, it’s likely an example of parental disapproval. It can sometimes be subtle and low-key, but this lady does not hold back when criticizing her son’s wife.

Many people have complicated relationships with their in-laws, and entering into a marriage can sometimes feel like discovering a foreign land. “Every family is kind of like its own country, with its own set of rules,” Tramontana says. “And you don’t know what it’s like to live in that country at the outset. You have to survey the land.” This might lead you to feel a constant need to prove yourself worthy of your partner, but such thinking is toxic: “You have to keep emotion out of it,” she noted. “And take it easy on yourself. You’ve never done this before. The key is to be adaptable.”

However, the husband’s reaction to his mother’s words adds another layer of complexity to the relationship. There’s quite a lot to unpack since his actions show a hint of gaslighting — a cruel and often hidden emotional manipulation in toxic relationship dynamics.

According to bullying prevention advocate Sherri Gordon, victims of gaslighting can feel unsure of their perceptions of the world and even wonder if they are losing their sanity. For example, the user mentioned that she started noticing her birth control pills “have been going missing and magically reappearing”. Gaslighting can make a person second-guess themselves, it can erode their self-esteem and confidence, and take a toll on their mental health.

Women sometimes miss seeing gaslighting in relationships where it is prevalent, but it’s important to take action when they do. Gordon advised to first gain some distance and set boundaries. “Boundaries tell others what you are willing to accept in a relationship. Make it clear that you won’t allow the other person to engage in actions such as trivializing or denying what you have to say,” she wrote. Moreover, victims should seek help from friends and family and ask for perspective. And when nothing else works, “Ending the relationship with someone who repeatedly gaslights you is often the most effective way to end the abuse,” no matter how difficult it may be.

Here’s what Redditors had to say about this whole situation 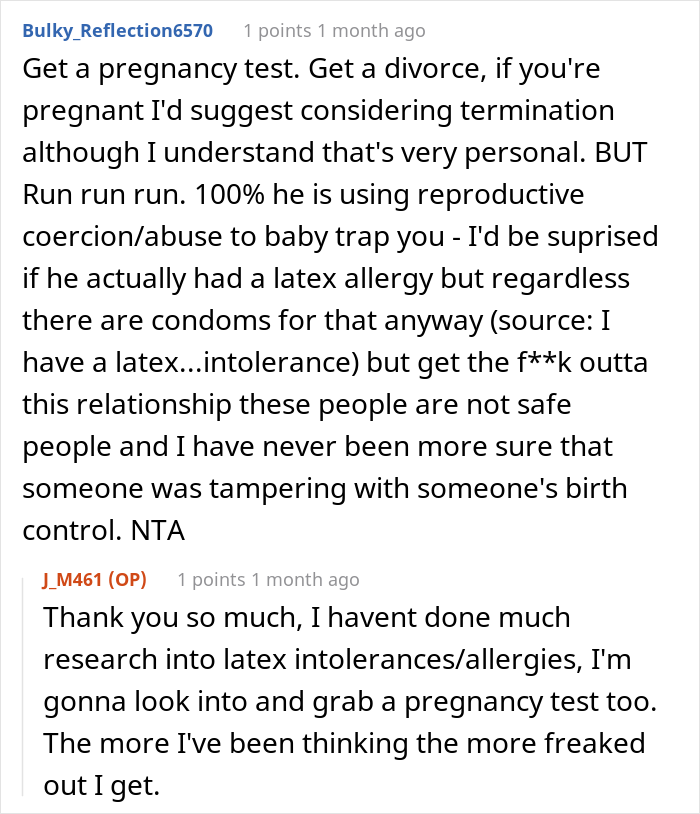 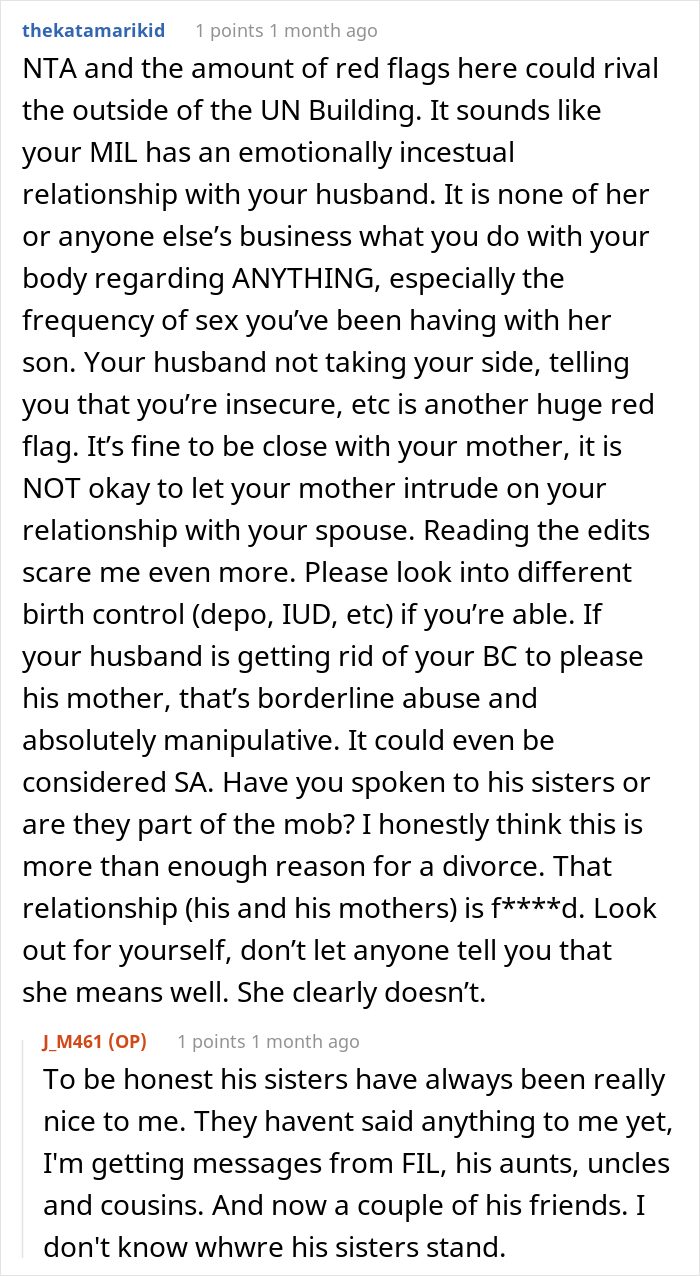 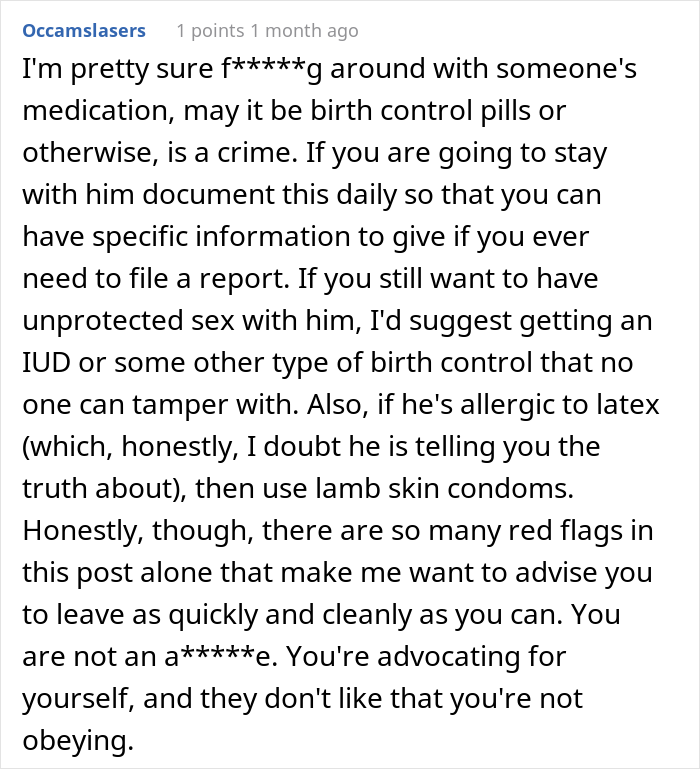 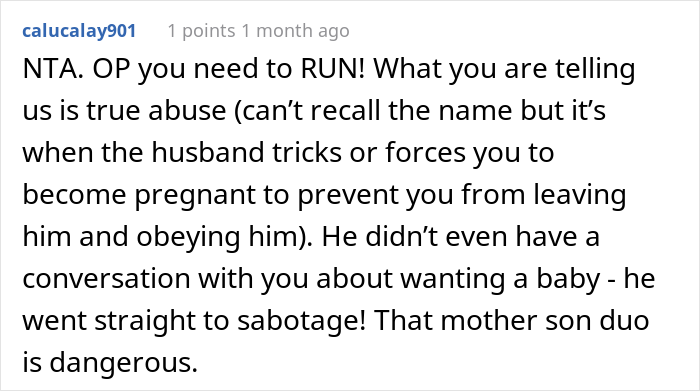 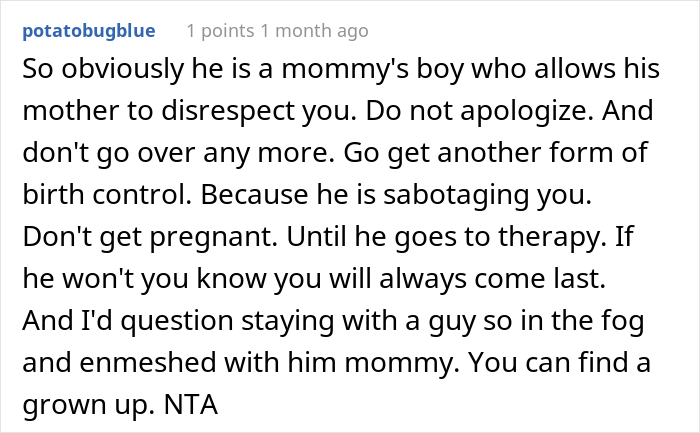