Niecy Nash proudly announces wife Jessica Betts to be the wind beneath my wings! While attending the Disney upfront on Tuesday, the “Reno 911!” star opened up to People about her forthcoming spin-off series based on The Rookie, and he also told about his marriage to the singer! She said, I love being married so much, but I also love being married to Jessica,

She is the wind beneath my wings in more than one way. Niecy further added, We’re coming up on our two-year anniversary. I don’t know how we’re gonna celebrate, but I know it’s gonna be good. In fact, at the event, Niecy displayed her love for Jessica by holding a clutch that read: Wifey for Lifey. On August 2020, the actress amazed fans when she disclosed that she and, 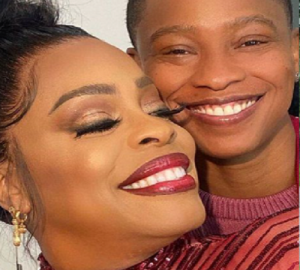 Jessica got married in a beautiful outdoor wedding ceremony! Niecy posted a photo from their nuptials and captioned it, “Mrs. Carol Denise Betts essicabettsmusic LoveWins, As per the People, in 2015 Niecy first met Jessica on social media while Niecy was still married to her former-husband Jay Tucker. In October 2019, Niecy announced her divorce from Jay,

after that Niecy and Jessica developed an affectionate relationship. Though many speculated Niecy’s wedding announcement was her coming out time. However, in September 2020, She told People that this was not the case. She told the outlet, I don’t feel like my marriage is my coming out of anywhere, 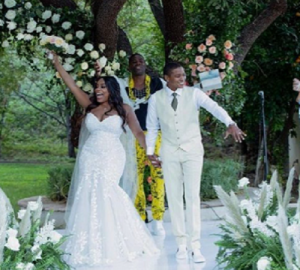 but rather a going into myself and being honest about who I love. And I’m not limiting myself on what that love is supposed to look like. She told about Jessica, [My marriage] has absolutely nothing to do with gender and it has everything to do with her soul. She is the most beautiful soul I have ever met in my life.