In 1982, Jean-Pierre Adams, the premiere international soccer star for France, was set to undergo knee surgery. Despite being in “great shape” prior to going under the knife, the doctors botched the procedure with an “anesthesia error” that forced Adams into a coma. For years, Adams breathed through a tube and did not have contact with the world outside of his body – and now he has passed away at the age of seventy-three after thirty-nine years in purgatory.

The knee operation he was having on March 17, 1982, was nothing out of the ordinary. Doctors considered it routine. But he has not woken up from the coma since the anesthesia error at Lyon Hospital in France. On Monday, September 6, 2021, he passed away at the Nimes University Hospital. 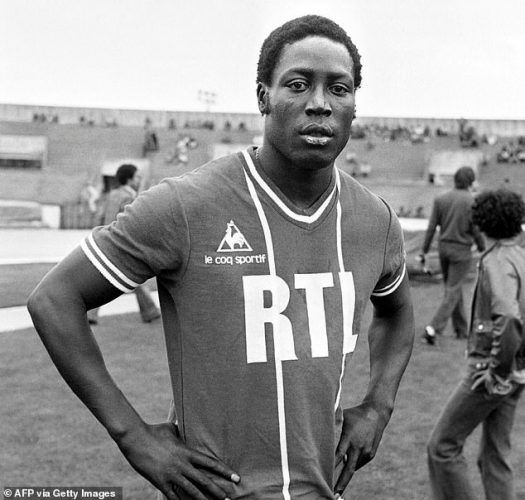 Adams was thirty-four years old when he went in for knee surgery. He had already won twenty-two international caps in the name of his country, France. And he was confident the surgery would be quick and painless. He said he felt like he was in “great shape” ahead of the surgery. Nevertheless, the doctors misjudged the process and forced the star into a coma that lasted more than half his life.

Doctors did not know that they’d given him a damaging dose of anesthesia until when he simply did not wake up after the surgery. The doctor who was supposedly working on his knee was working on eight patients concurrently, which put the soccer star in danger since he had a problem with his anesthesia. Adams was born in Dakar, Senegal, in 1948.

“It’s all fine. I’m in great shape,” he reportedly told his wife, Bernadette, on the morning of the operation. As far as anyone is concerned, these were his final words. He had two boys with his wife, Laurent, and Frédéric. She has stood by his side ever since he never woke up from the surgery.

“Jean-Pierre feels, smells, hears, jumps when a dog barks. But he cannot see,” Bernadette said in 2007.

In the aftermath of the surgical mistake, Adams’s case was brought to the courts, where it was fought over for seven years. The Seventh Chamber of Correctional Tribunal in Lyon found the doctors guilty of involuntary injury.

Bernadette most recently spoke up about Adams’s wellbeing in April 2020. There had been speculation about euthanasia, but she put that notation to task.

“People on Facebook say he should be unplugged… But he is not plugged!” she said. “I just don’t have the courage to stop giving him food and water. He has a normal routine. He wakes up at 7, eats… He may be in a vegetative state, but he can hear and sit in a wheelchair.”

However, Bernadette had her critics, including Adams’s former partner on the France team, Marius Tresor. The pair were a powerful force from 1972 to 1976 and were known as “the Black Guard” because they were awesome defenders for France. Tresor expressed his thoughts about Adams’s condition, according to Paris United in 2019.

“Even if Jean-Pierre wakes up now, he will hardly recognize anything. So is it worth it to keep living like this? If something like this should happen to me, I told my wife not to do anything to hold me back….”