Then Lenny’s wife said, We thank you so much. Steve admitted that at that time he had no idea about it. However, Lenny then explained to Steve that after the comedian frequently y played his 1975 hit song, Cause I Love You” during his now-infamous Kings Of Comedy Tour routine, the sales for that song surged so much that it pulled him and his wife out of a bad financial situation. 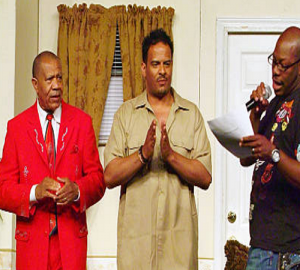 Lenny said he also started getting more shows than before. Steve Harvey later confessed on his radio show, that it wasn’t him, but rather the grace of God as he had no clue about the financial condition of Lenny Williams. Harvey also confessed that Lenny’s story really touched him and affected his life too. Lenny isbamong those artists who have been able to retain the ownership of his own music,

because he knew his worth and in the end, it paid off for him. Artists, like Lenny possess the ability to create music that will still have earning potential decades after it was created, to that’s what stands out. While many other Old School soul artists have not been so successful at reaping the benefits of their intellectual properties throughout the years. 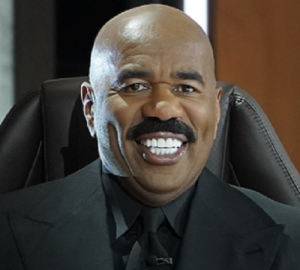 George Clinton, The Funk Pioneer who has collaborated with artists from all genres and insists that allowing his music to be sampled has been instrumental in keeping his career alive. When he forged an alliance with other singers he has to gone through court case and unfortunately he is still fighting in court for the rights to all of his music that he lost the rights to in his bankruptcy a few years ago.

Popular singers Sam & Dave practically had their entire life’s story recreated in the movie, “Soul Men” but they have yet to be compensated for it and that’s why Sam Moore has been battling it out with the makers of the movie, Weinstein Co. for the past 6 years. According to The count of Sam Moore’s wife, Weinstein Co. representatives eventually call with a last-minute offer for a cameo role for Moore,

but it came with a condition that Moore had to come to Memphis, from Arizona on the same day fornthe shooting of a cameo role for $1,000 and they also wanted Sam to sign the contract of all claims but that never happened.