Noelle Robinson is giving lots of love and attention to her mother, The Real Housewives of Atlanta, Cynthia Bailey, and her father, Leon Robinson. Lately, The RHOA daughter shared a beautiful video on Instagram in which she shared heart melting moments with Cynthia, and Leon. Through the video she paid the tribute to both of her parents. She shared the video on April 12 and cautioned it,

Co-parenting at its finest. Love you guys too much, in response Cynthia wrote in the comments, I love [you]! However, Cynthia and Leon both also shared the video in which her 22-year-old daughter paid a sweet tribute to them on their own Instagram pages, on which Cynthia wrote in the caption of her post, “You are [and] always will be my proudest accomplishment! 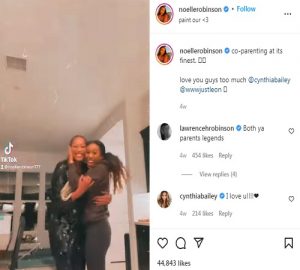 All those hours in labor [and] you weighing almost 11 pounds were worth it. I would not change a thing!!! I love you. Many fans took the comment section of Cynthia’s post and admired it, including The Real Housewives of Beverly Hills’ Sheree Zampino, she wrote, This is precious! [Noelle] I pray [and] hope that you know how very loved you are!

The Real Housewives of New York City’s Kelly Bensimon also wrote, Soo cute! Earlier, in an interview with The Daily Dish, Noelle talked about her parents, she said that she super young when they divorced. And Cynthia has also talked about her separation from Leon, along with her confidence in their capacity to co-parent their daughter together. 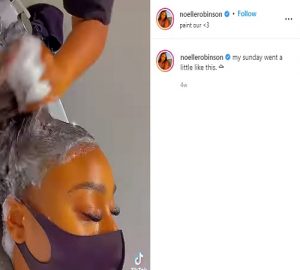 I knew that the moment I found out that I was pregnant by Leon, he was the kind of man that I could parent and co-parent with regardless of whether or not we stayed together in a relationship,” she further stated, “He is Noelle’s dad, and he will always be a part of my family.