A mom from the UK has decided to raise her son and his adopted twins as triplets, much to the delight of people who have heard their story online.

According to the New York Post, Alicia Dougherty is a mom of 10 children – six adopted and four biological – and has a TikTok page called the “Dougherty Dozen”, through which she keeps the world updated about her interesting family’s life.

Yet one aspect dialogue on the channel, in which Alicia shared how she is raising her boy and his adopted twin brothers born in the same year, as triplets, despite the fact they are different races and heights, has gone viral.

Responding to a follower who had begged a question about her “triplets”, Alicia responded: “Our adopted twins and biological son are all born in 2014 and in second grade and have been raised as triplets most of their lives.

“Don’t tell them they’re not triplets or they will tear you apart.” Naturally, Alicia’s decision struck a chord with people online, who praised her compassion. The three boys, meanwhile, are totally devoted to one another.

One commenter said: “Doesn’t matter about the skin color you can see how much love they have for each other… triplets for life.“

Another added: “Look how proud they are! Such beautiful triplets!”

As per The Sun newspaper, Alicia previously told how she had been mocked online for the fact that she has 10 children. This is in spite of the fact that she has adopted six children, giving them a loving home and a loving family, and all six of them have behavioral issues and suffer from Fetal Alcohol Spectrum Disorders (FASD).

The wonder mom explained: “People keep trolling on my videos that they hate our smiles. I guess I’m biased but I think they’re all 100 percent.

“Happiness comes from knowing we are worthy of being our true, authentic selves.

“We see the negativity. But we brush it off.

“Because we know it comes from other people’s insecurities and triggers. It’s not on us. It’s on them.

“I appreciate those of you who have checked in on us over the past few weeks as we’ve been massively trolled by unhappy, insecure people. 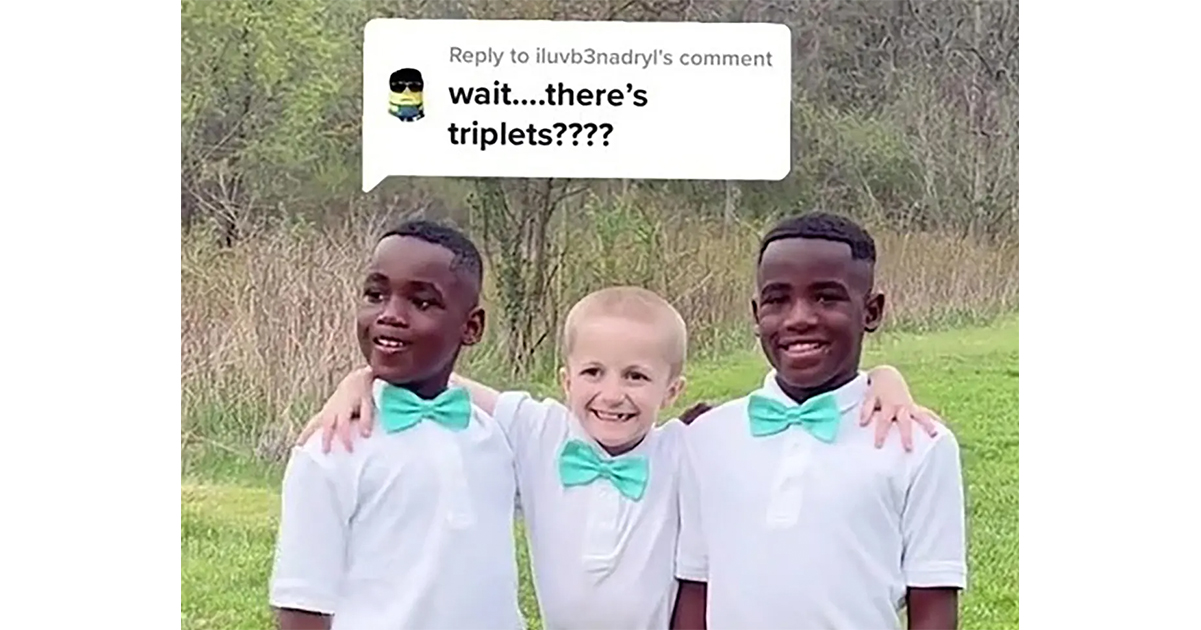 Alicia also raised some eyebrows when she revealed the total cost of her weekly grocery run for the family. According to the NY Post, this consists of 25 bananas, 12 pounds of chicken and 191 bags of potato chips.

Alicia regularly posts to the Dougherty Dozen TikTok account to keep followers updated as to the ongoings of her family’s life. The page has 4.4 million followers at the time of writing, as well as an impressive 168.1 million likes.

I don’t care what anyone says, Alicia and her partner deserve tons of respect for building such a loving home.

What do you think about her decision to raise her adopted twins and biological son as triplets?