A model who’s become famous for having the ‘world’s biggest cheeks’ has had a new procedure to exaggerate her look even more.

Anastasia Pokreshchuk has spent thousands on surgeries over the years, including botox, veneers, lip fillers and liposuction.

The 33-year-old Ukrainian model took to Instagram Stories on Sunday, 24 April, to reveal another trip to get her unique feature topped up. 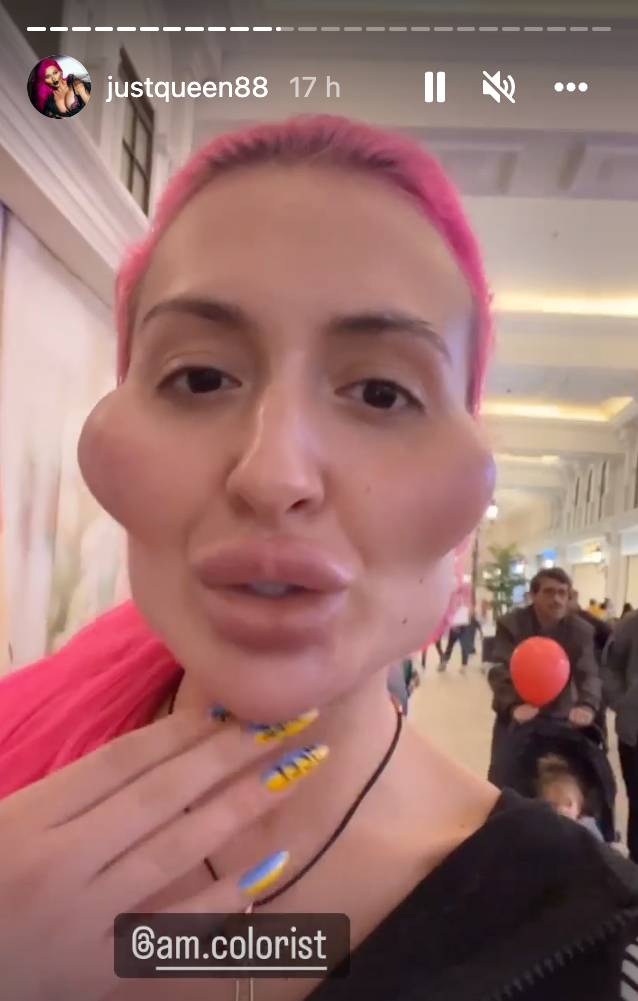 In one clip, a beautician can be seen filling up a number of syringes in what appears to be a home visit.

The footage then cuts to Anastasia wincing as the beautician injects filler into her face.

This update will come as no surprise to Anastasia’s 82.5k followers, who appreciate how open the model, from Kiev, is about her surgery.

Last year, she shared a throwback snap of how she used to look before she’d had surgery, which she started when she was 26. 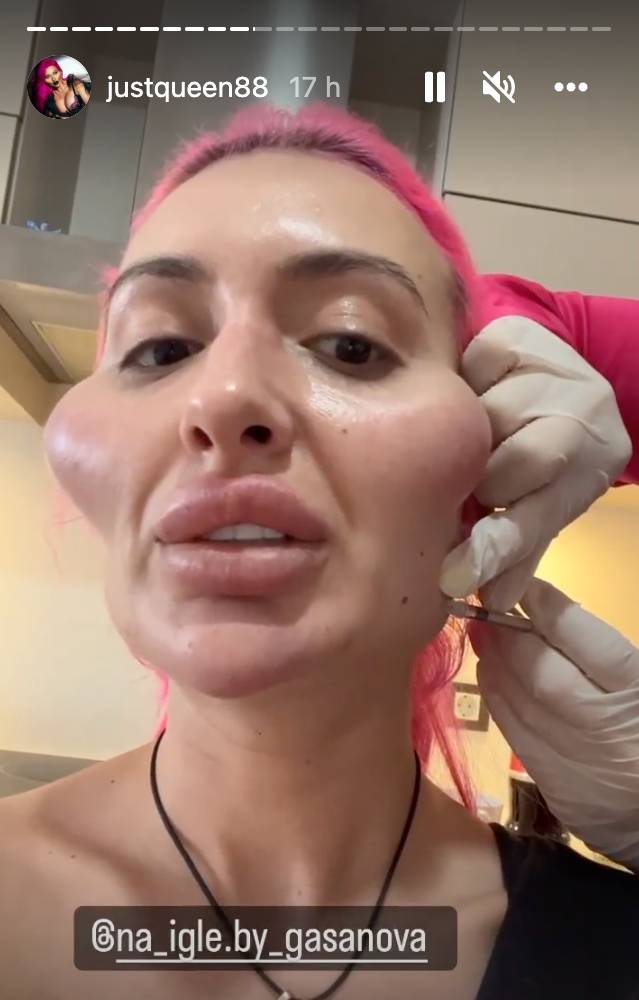 In the pictures, Anastasia has brunette hair, brown eyes and, of course, no visible facial fillers.

She shared the throwback alongside the caption: “Transformation – 26 and 32. Who will you choose?”

Fans appeared to be divided, with one saying she now looks ‘like a superhero from Marvel’, a comment that Anastasia seemed to appreciate, responding ‘yes’ with a love heart emoji.

Another said she was ‘very beautiful’ before, to which Anastasia simply responded ‘no’.

Prior to this, the influencer revealed what her natural teeth look like underneath her veneers and they are quite something. 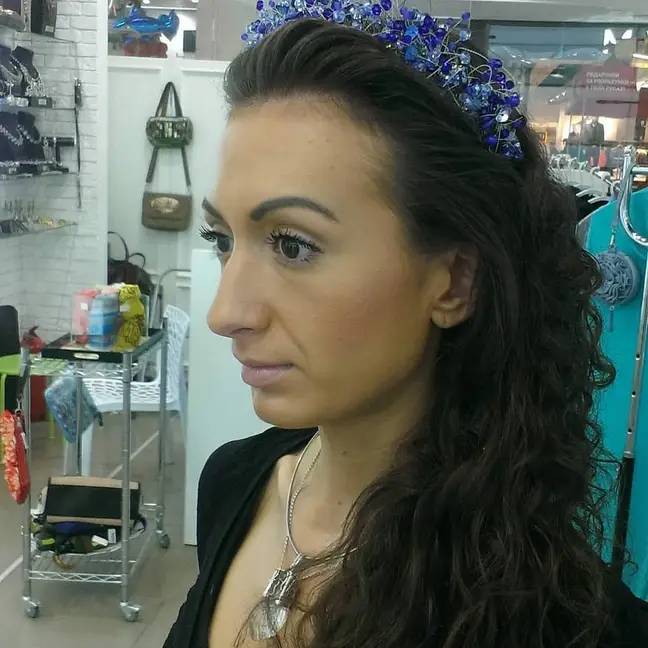 Much like her cosmetically altered cheeks, it turns out her teeth are fake and her real ones have been filed down to little pegs.

As is the case with all of her updates, Anastasia’s followers appreciated that she was able to poke fun at herself, with some saying that her picture ‘made their day’.

And while some people criticise her choices, the influencer said she’s happy with how she looks today.

“After I had the injections and saw the changes in my cheeks, I fell in love with them. I understand that they look weird for other people but I don’t mind,” she said. 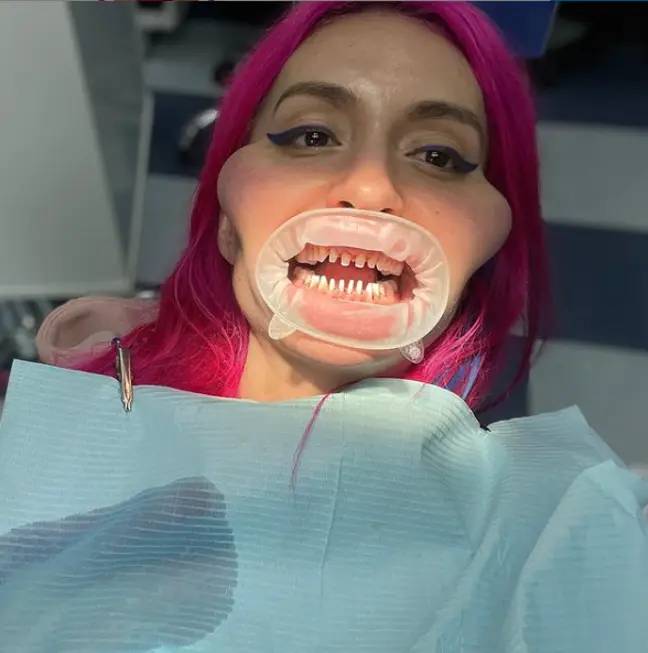 Before getting the fillers, Anastasia explained that she was too shy to post pics of herself online, adding: “I was ashamed of everything; my voice, my appearance. It was really hard work.

“I think I was ugly before. My mom thinks that I was naturally beautiful before, but now thinks I look more exotic and my friends say my new appearance is better because before I looked like a grey mouse.”