Man’s Pool Gets Damaged By Neighborhood Kids, Parents Complain When He Closes It

Sometimes you want to do something good for other people just out of the kindness of your heart, and at first they might be really grateful for the random generosity, but after a while they might get too used to it and start expecting free favors from you or even demand them from you.

A man on Reddit who chose to be referred to as Legitimate-Impact253 on the platform is confused as to whether he should continue being the generous and kind neighbor that everyone keeps telling him to be after the favor he was doing for them was causing him more worry than joy.

Man wasn’t very happy when he saw that his pool was broken so he closed it for the neighborhood kids, but everyone felt he was being a jerk 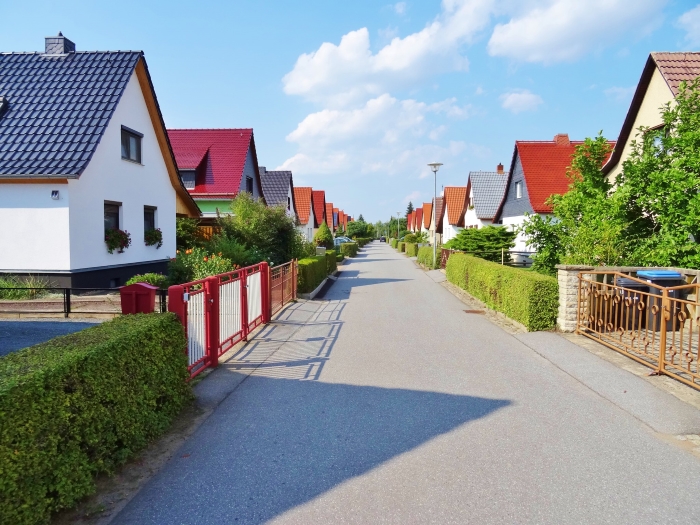 The Original Poster (OP) is a 37-year-old man who moved into a small neighborhood with his fiancée and the couple is expecting a baby. Their child will have a lot of older friends as their neighborhood is full of kids at around 9 or 10 years old.

When the future spouses found out that they would be having a baby, they thought it was a good idea to install a pool in their yard. They put up an above-ground pool last year and the ones that were most excited about it were the neighbors’ kids as the OP allowed them to play in it with the condition that they wouldn’t bring any dogs.

The OP explained that the lining in the pool was fragile so he thought there was a bigger chance of it breaking with dogs around. But nothing happened last year so when the warm days came this spring, the man opened the pool again.

It seems that the kids used it as both of the homeowners were away and when the OP got back, wanting to refill the water, he noticed a big tear which he had to fix.

When the OP moved, he and his fiancée wanted a pool and put an above-ground one in their yard

Seeing that the kids weren’t careful enough with someone else’s property, the OP decided that he will no longer allow them to use his pool, especially because the following day after fixing the tear, the kids came with a dog, which he forbade them to bring.

Naturally, the kids told their parents, who, for some reason, got really angry and felt that it was unfair of the OP to close the pool. He came home to his fiancée arguing with a few of the parents, accusing the pool owners of hurting their children’s feelings. 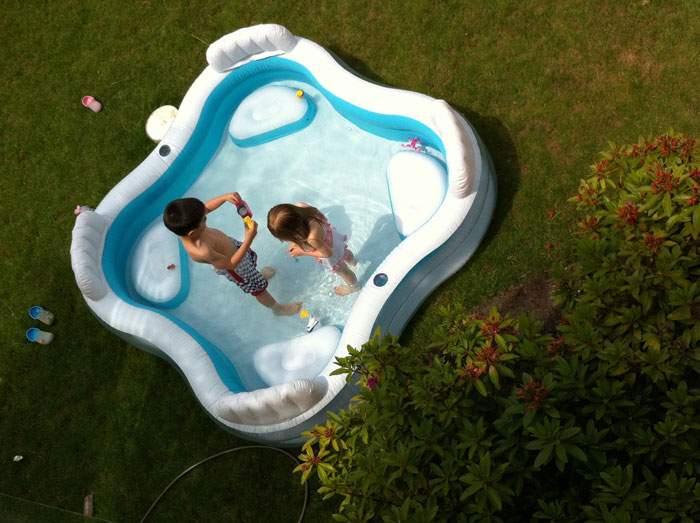 The OP explained that he found a tear in the pool which was clearly a result of their children playing in it. We could imagine that the OP didn’t trust the children anymore as they broke something and didn’t even bother to tell him, moreover, he had to put in his own money to fix it.

It seems that the parents didn’t care and some of them laughed at his reasoning, still demanding that he reopen the pool. Even his own fiancée told him to apologize to the neighbors.

Until the OP noticed the pool had a tear and after that, he didn’t want the kids coming anymore

People in the comments were completely baffled by the entitlement of those neighbors. As far as we can understand from this short story, the OP bought the pool himself, put it in his property and was just kind enough to let the neighborhood kids play in it as it was a small community and that usually means people have friendly relationships.

But he doesn’t want the children coming anymore and because it was his money and his property, he absolutely had the right to do so despite how many children’s hearts would be broken over it.

That made the kids’ parents angry because it hurt their feelings and demanded for him to reopen the pool. Even his fiancée was on their side

What is even more important is that children get in trouble all the time and if they got hurt or, in the most tragic case, drowned in that pool, the OP would be the one held responsible.

Many people were concerned if there were any adults supervising the kids and in a reply to a comment, Legitimate-Impact253 said “My fiancee works from home. She will keep an eye on them if one of the parents can’t. The kids normally swim in the afternoon/evening when we both are home. I also have cameras in the front and back of the house.”

We can assume redditors didn’t think that was enough because this reply now has 167 downvotes, which is understandable. Small children need close supervision because as fun as water is, it is dangerous too. 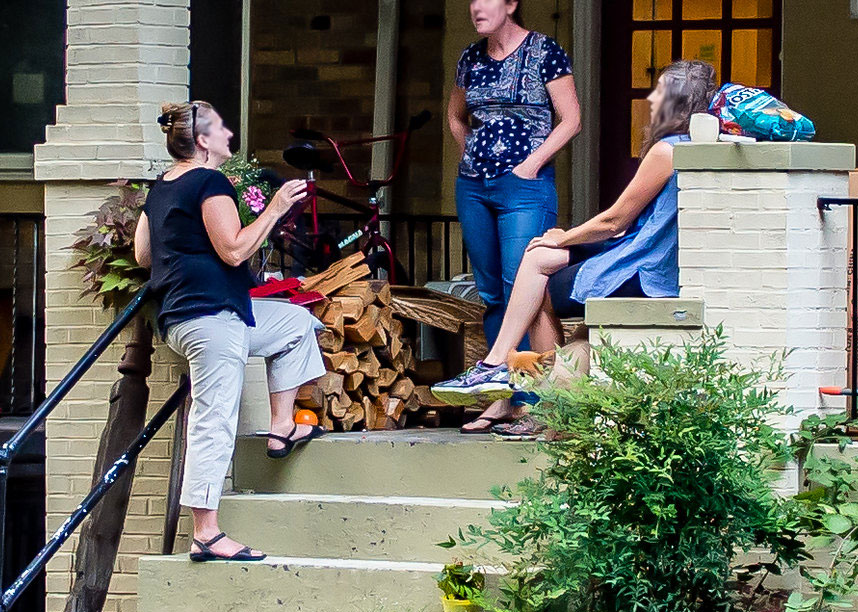 It is hard to understand how neighbors could demand something another person owns, but it is actually more common than you think. Bored Panda has another article that talks about a neighbor who demanded the OP get rid of his dogs because her children would come back home with poop on their hands.

Where do you think this neighborly entitlement comes from? Why would another person think they have a right to use another person’s property or things they own even if the owner doesn’t want to share it? Leave us your thoughts in the comments!

But the redditors stand by the OP because not only can he decide whatever he wants, but having children play on his property is a liability 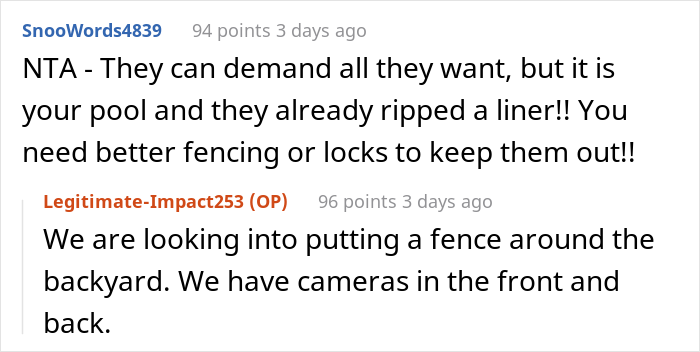 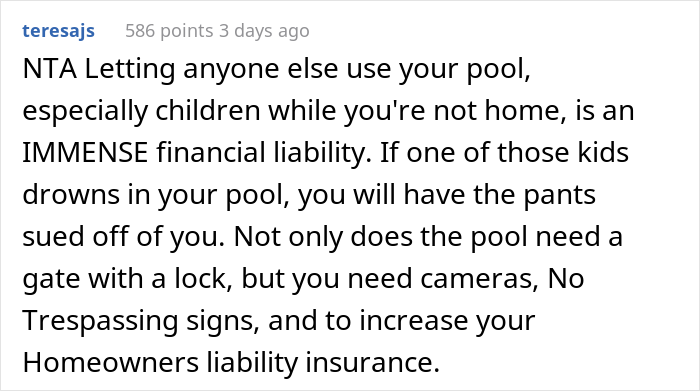 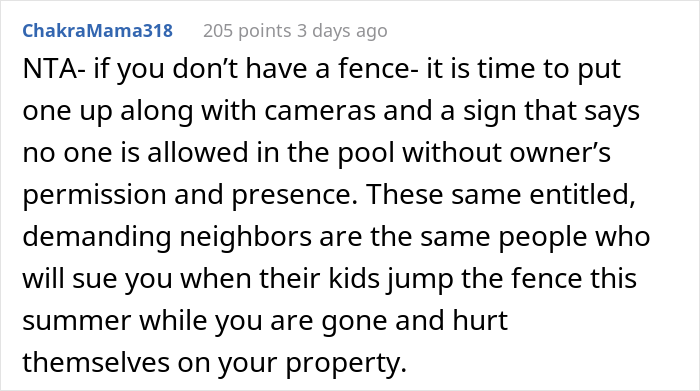 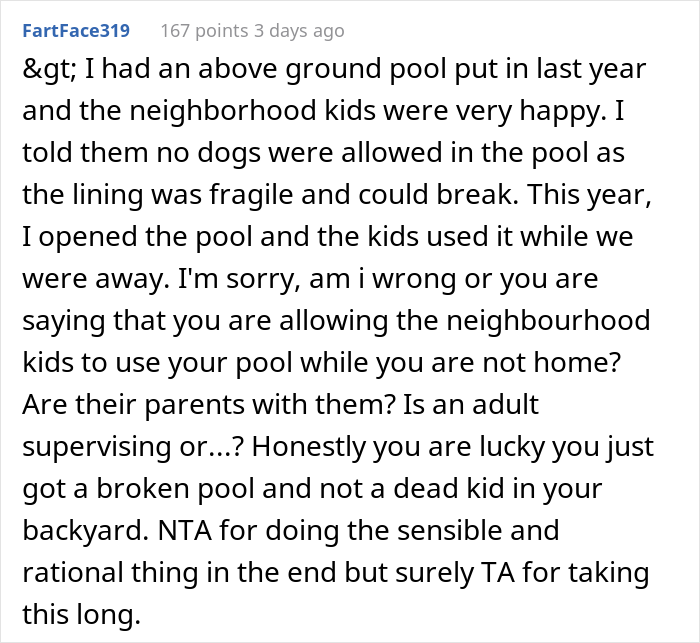 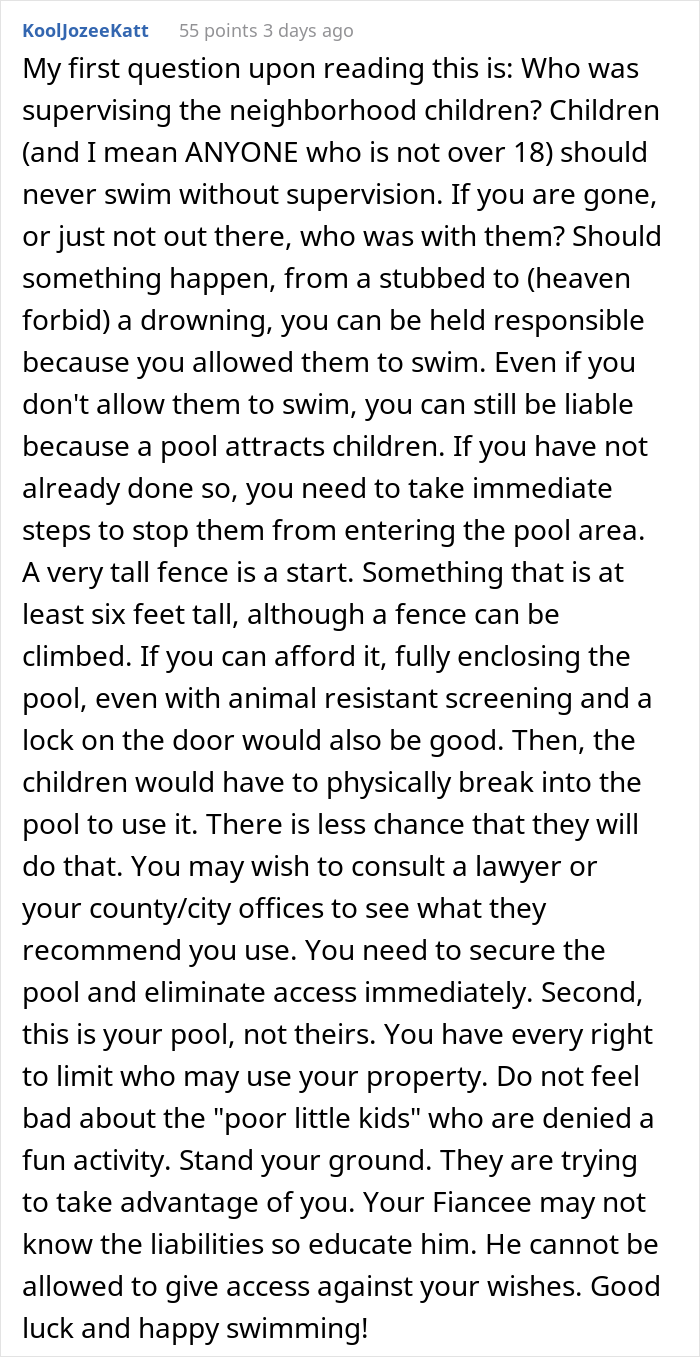