Idris Elba and Sabrina Dhowre’s, Love at their First Sight

To have someone beside you is a true blessing and it is more beautiful when it is for lifetime. The power couple who gives relationship goals to their fans is none other than Idris Elba and Sabrina Dhowre. They are the true inspiration to everyone who make us understand what love is. We admire the newlyweds couple and hopes to take cues from in our own relationships.

Idris Elba is an award-winning actor from London, England. In 2014, she’s a beauty queen who was crowned Miss Vancouver and buzzes Canada home. Their meeting was not planned, instead it was unlikely to cross the paths of each other. Idris Elba and Sabrina Dhowre were clearly dragged together by the universe and they finally ended up on the same place at the same time in 2017. 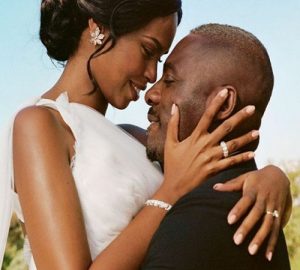 Elba was in Dhowre’s native Vancouver filming The Mountain Between Us and that’s when the couple occurred to join at a local jazz bar. They got attracted to each other, they got to talking and everything changed. In June 2019, they said I do in a grand three-day wedding ceremony in Morocco. It took less than a year of dating for the couple to get engaged and soon got married.

As Elba told to British Vogue, he and Dhowre didn’t need more time they just knew that they are made for each other. “We’ve been literally inseparable since we met, The actor told, gracing the mag’s July cover with his bride who admitted that it was clearly, love at first sight.While speaking with PEOPLE, 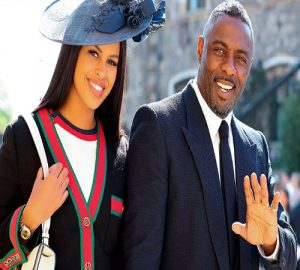 Elba told precisely how he knew they were a perfect match, she told the reason that they have good chemistry. She makes me laugh and we share mutual goals. He further added, She makes me happy. She makes me celebrate my successes and when I’m not too sure about stuff, she makes me think.