“I Do Not Care, Fly Private”: Diabetic Told Not To Eat Due To Passenger Kid Having Prader–Willi Syndrome, Takes None Of It

We have all encountered folks with an entitlement complex at some point during our lives; people who believe they deserve special treatment, who don’t miss a chance to use the “do you know who I am?” card and those who think that every single person on this planet is in debt to them.

People with a self-centered mentality have an altered understanding of deservingness and are confident that they’re bound to get what they want, regardless of whether they’re “better” than everyone else or not.

Dealing with such individuals comes with a hefty side of distress, and the next thing you know, you’re practically being forced to endanger yourself just because they don’t want to deal with their child’s tantrums.

Travelling is exhausting, and being forced to deal with an entitled family is the last thing a passenger would want 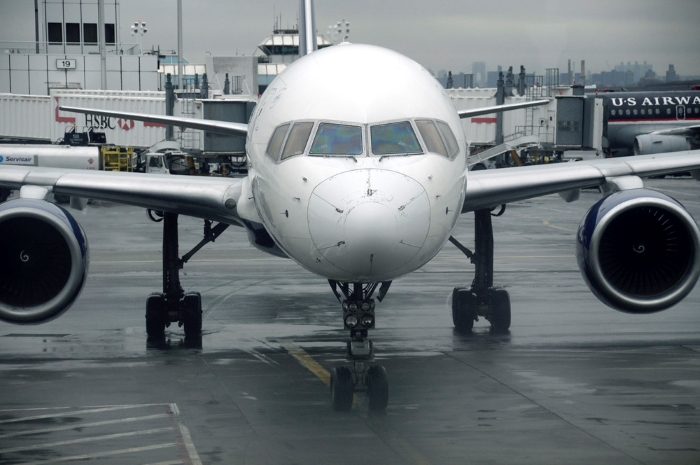 “AITA for telling a family to fly private?” – an online user took it to a widely popular subreddit to find out whether they might’ve overreacted when a family kept insisting that they should refrain from eating because of their child’s potential tantrum. The post has received over 23K upvotes and 2.5K worth of comments discussing the entitled behavior of the passengers. 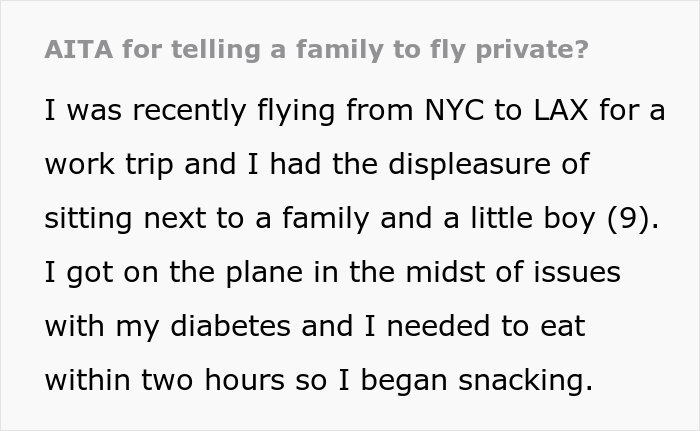 The author began the post by revealing that they recently were on a flight for a work trip where they had the displeasure of sitting next to a very demanding family. When the OP got on the plane, they were experiencing diabetes issues, meaning that they needed to eat within two hours. 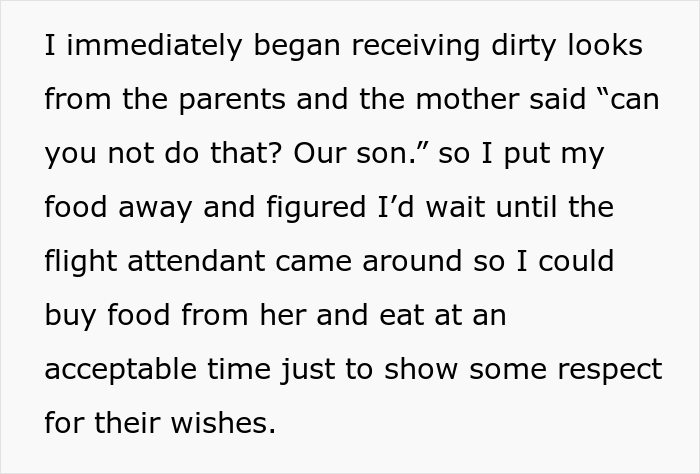 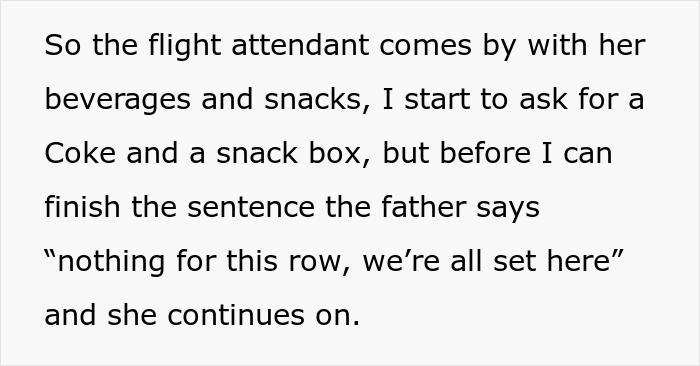 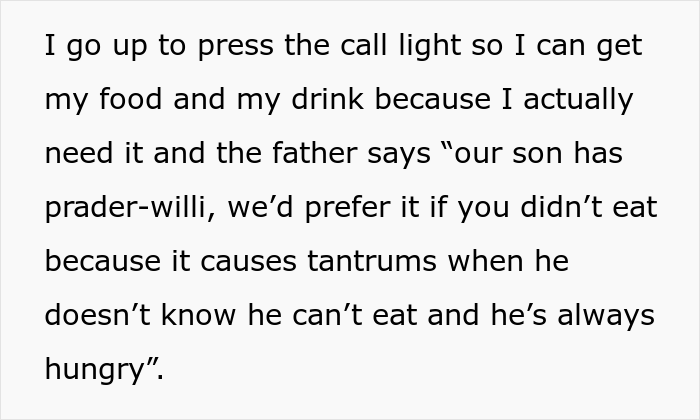 Naturally, they started snacking and within a second they were already served some dirty looks. The woman didn’t hold back and said “Can you not do that? Our son,” making the author put their snacks away. They decided that they’d wait for the flight attendant to purchase the food at an acceptable time, just to show some respect for their fellow passengers.

Finally, when the flight attendant came around, the author began to ask for a drink and a snack box – however, before they could finish the sentence, the father cut them off and sent the employee away. The OP then got up to press the call button to get their needed food, yet the man interfered once again and revealed that their 6-year-old has a condition, while also adding that they’d prefer it if the OP didn’t eat because it causes tantrums. 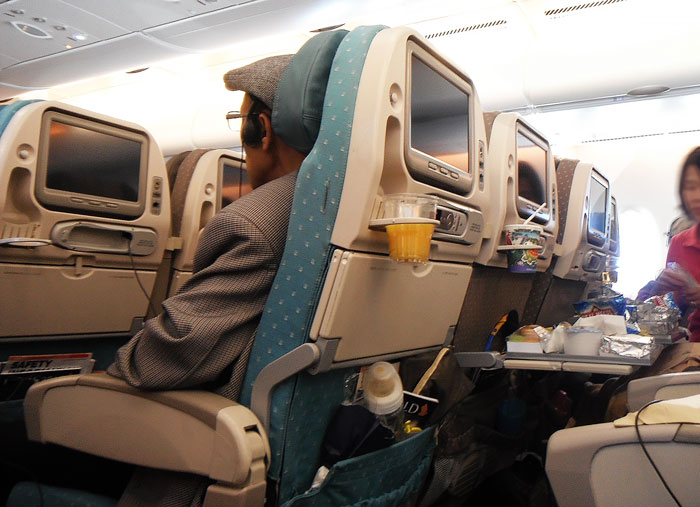 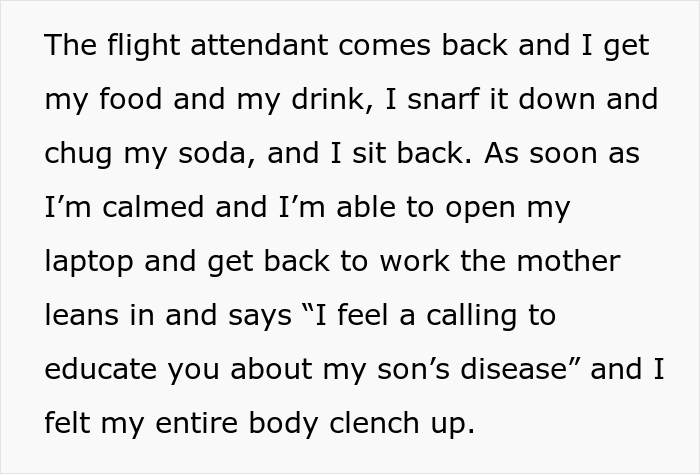 The OP was flabbergasted and close to a tantrum themselves, so they told the father to consider flying private if they want to control their surroundings. Thankfully, the flight attendant came back and the author was finally fed and well, though, as soon as they were ready to jump back to work, the mother also decided to contribute to this rather pointless conversation. She said that she felt a “calling” to educate the OP about her son’s diagnosis, which completely infuriated the author. 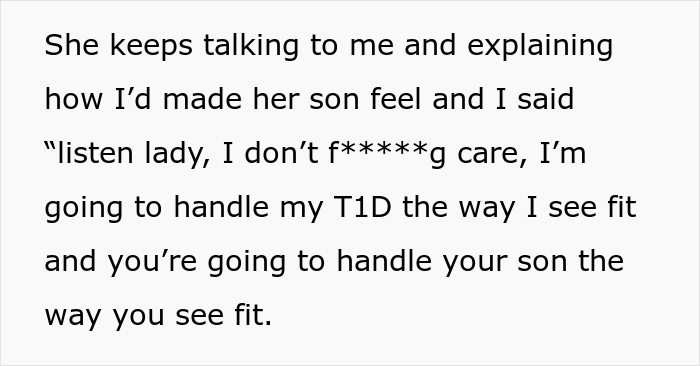 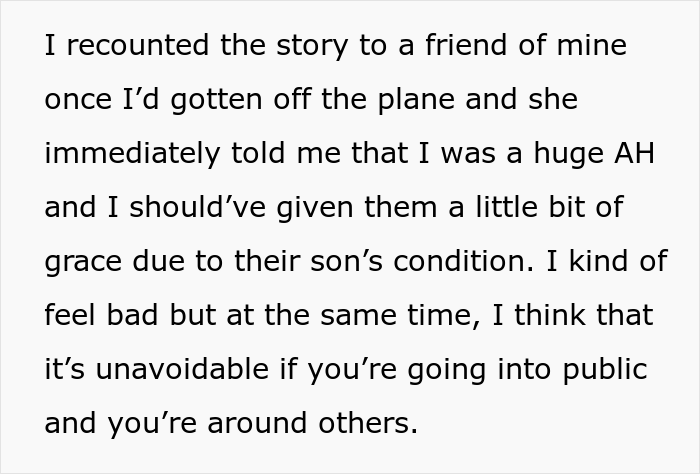 The woman kept talking about her son’s condition and nagging the OP about how their behavior affected the child – however, the author had had enough and told the mother that, frankly, they didn’t care and that they would handle their type 1 diabetes the way they see fit. The passenger said that they’re not risking their life just because the parents are not in the mood to deal with their offspring’s tantrum and that they should’ve at least booked a whole row if they didn’t want to deal with their son’s outburst. 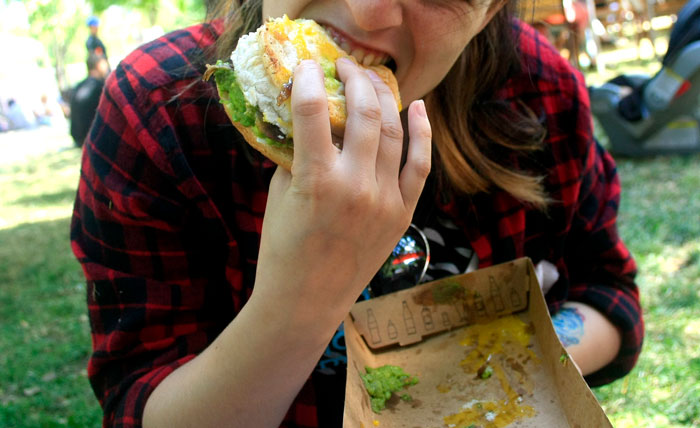 Once the author arrived to their destination, they retold the story to a friend, who immediately let them know that they were being a huge jerk. The person revealed that even though they do feel bad about calling the family out, this kind of issue is unavoidable in public places, plus, it was crucial for the OP to eat.

What do you think about this? Would you handle it differently?

Fellow Redditors shared their own thoughts regarding this bizarre event 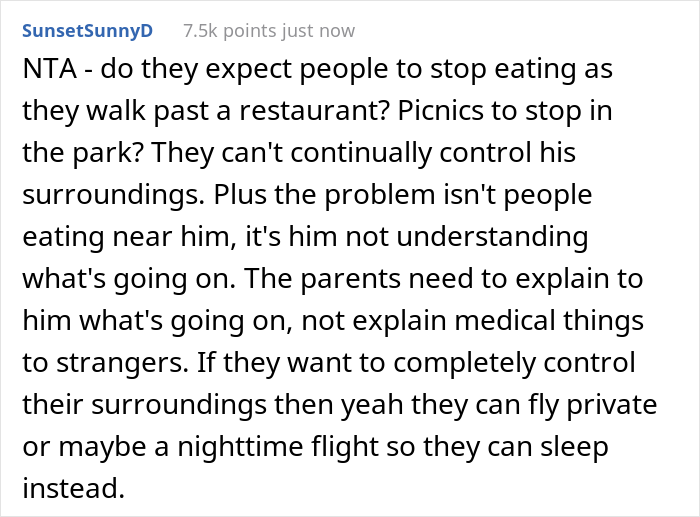 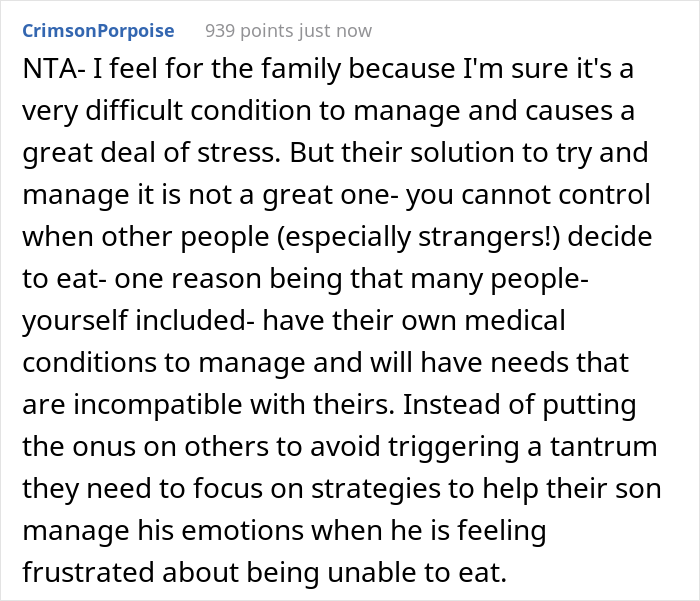 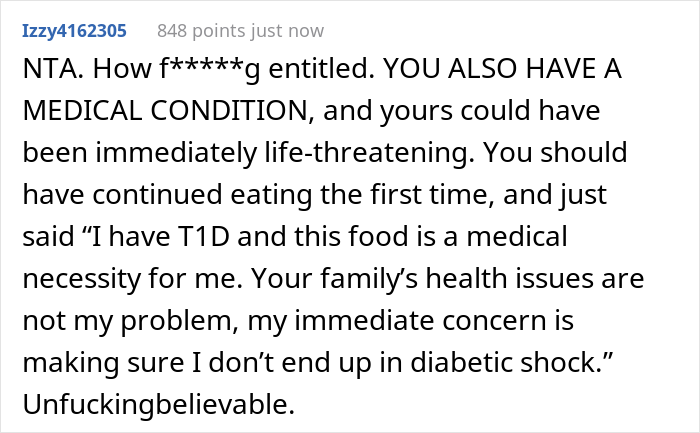 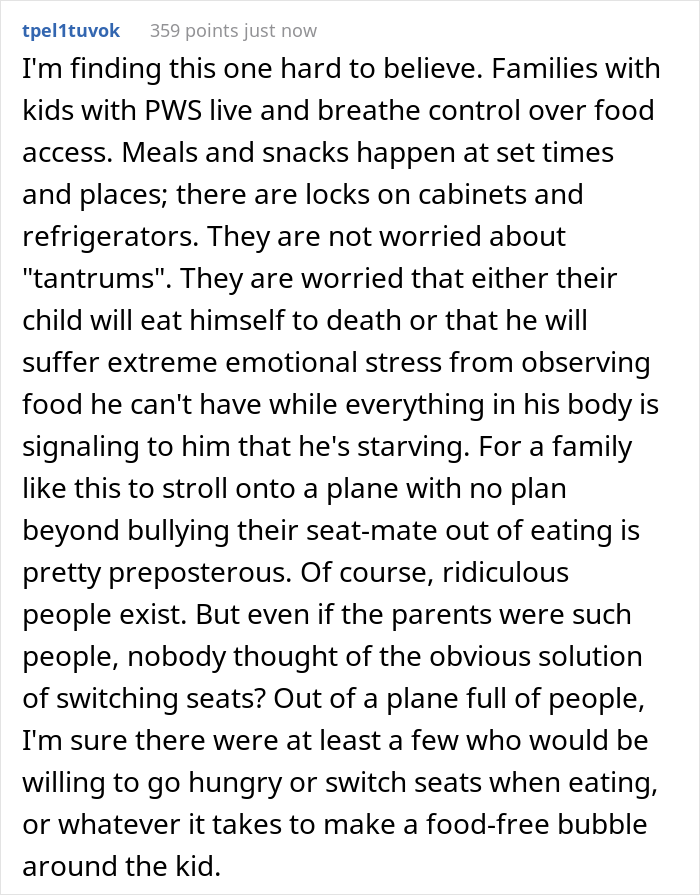 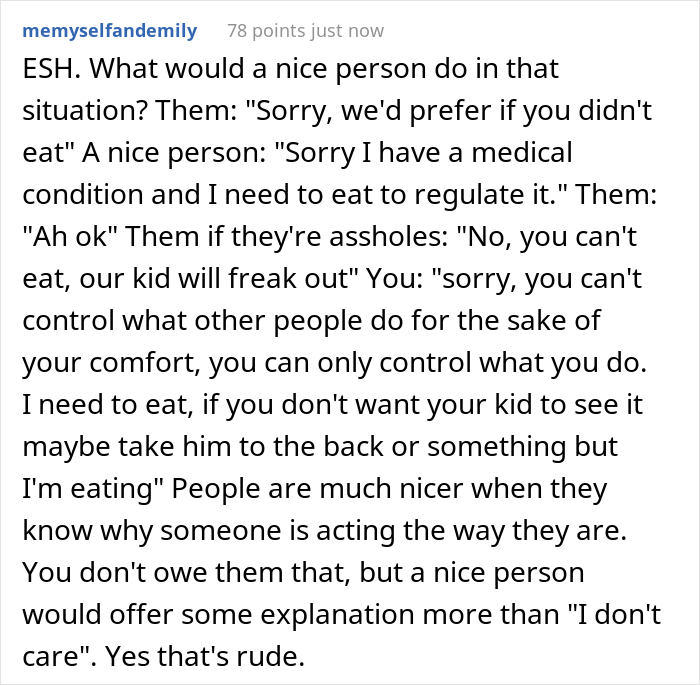