Friends Locked This Guy Out Of His Own Camper Because “There Wasn’t Enough Room”, He Packed And Drove Away The Next Day

It is often hard to accept that the person you considered your friend or even best friend doesn’t care for you as much as you do for them. You may not want to see that because you invested so much in that friendship and you still remember the good times you had, but it’s important to realize that your energy is not worth wasting on people who don’t appreciate it.

The event that made Reddit user cameronjames222 open his eyes about his best friend was when he was left locked out of his own camper after he drove his friend to Spartan races in another state because there was no room left for him. He actually got his sweet revenge, but now is second-guessing his judgment at that moment, because after all, it was his best friend we’re talking about. 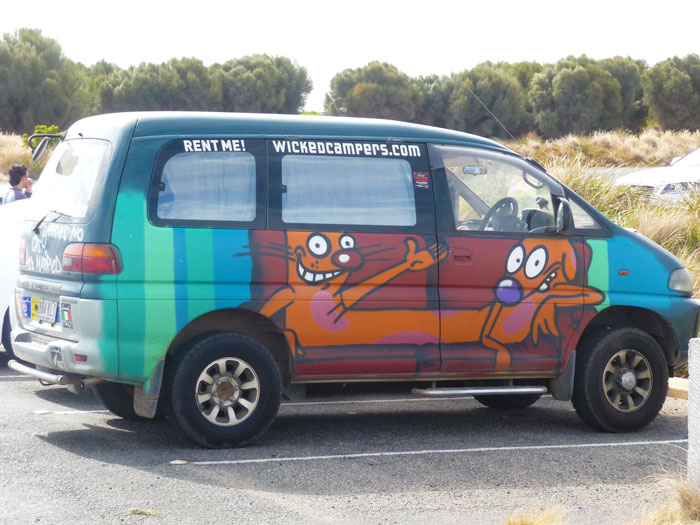 The Original Poster (OP) is 25 years old and has a best friend of 6 years who is really into going to the gym and likes going to Spartan races, which are essentially races with obstacles along the way such as walls and rope swings. Maybe something like you would imagine physical military training would look like.

The friend and his group of friends the OP wasn’t part of heard about a competition that they really wanted to go to, but it was out of state and they didn’t have a place to stay. So they asked cameronjames222 if they could borrow his camper and truck for the weekend. 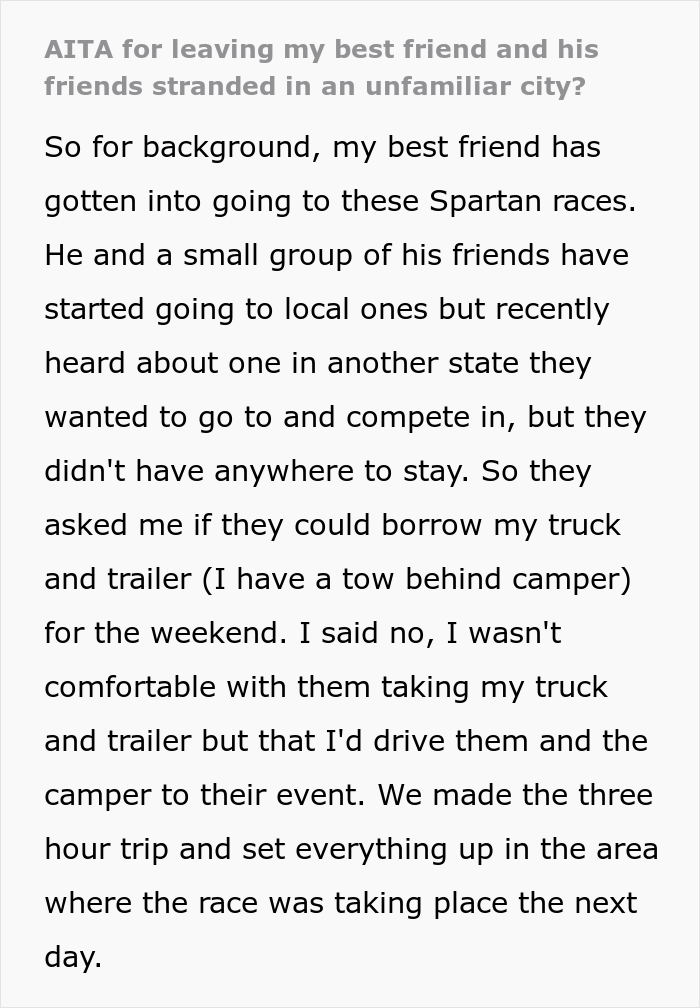 The OP was doubtful they would have returned it in one piece and in a reply to a comment, he said, “I truly think if I had let them take the camper themselves, they would have either wrecked it on the road, or destroyed it once they got to where they were going.” So he offered to go with them.

After 3 hours, the group reached their destination and they should have slept together inside the camper that night. The Redditor explained that there was plenty of space: “The two friends of my best friend were going to share my king size bed in the bedroom at the back of the trailer, and me and my best friend were going to take the two couches in the living room portion of the trailer towards the front. It’s a big trailer with three slide outs.” 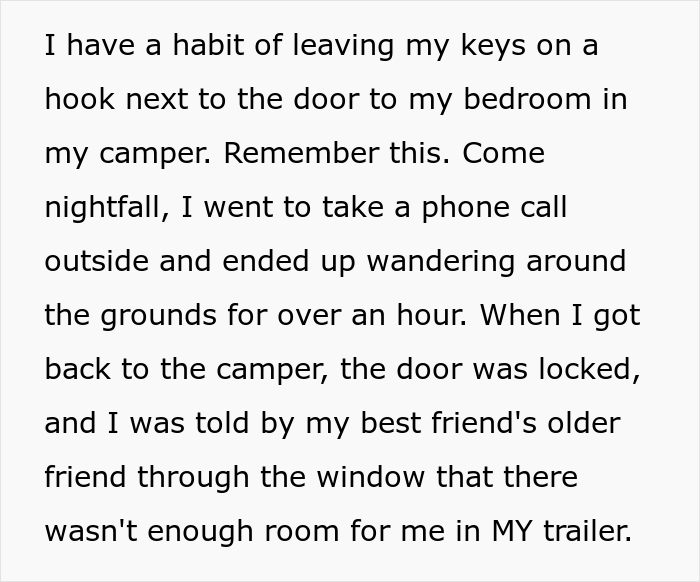 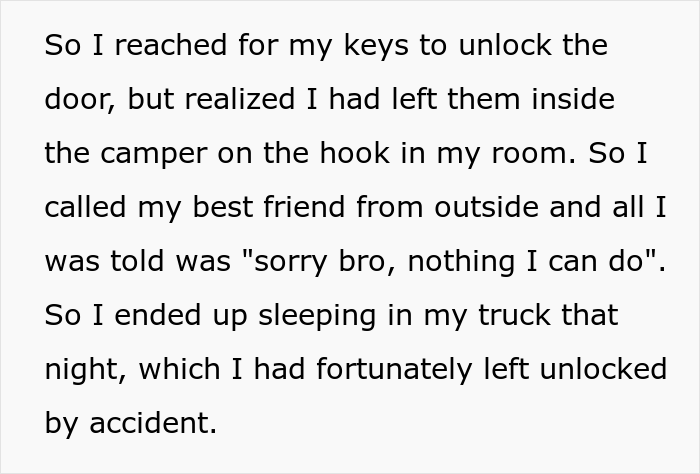 However, when night came, the OP found himself locked out of the trailer. Before bedtime, he was wandering around outside because he needed to take a call, and when he returned, the door was locked. One of the men told him through the window that there wasn’t enough room for him.

As cameronjames222 wasn’t expecting such a situation, he hadn’t taken the key to the camper, so he couldn’t get in and his only hope was his best friend who wasn’t planning on doing anything.

The OP called several times, but the best friend turned off his phone, so fortunately, his truck was unlocked. The Redditor said that he had left the truck unlocked by accident but replying to the comments, he wondered if his friend went and unlocked it before going to sleep in the camper.

They reached their destination and they were all supposed to sleep inside the camper, but the friend’s group locked the OP out 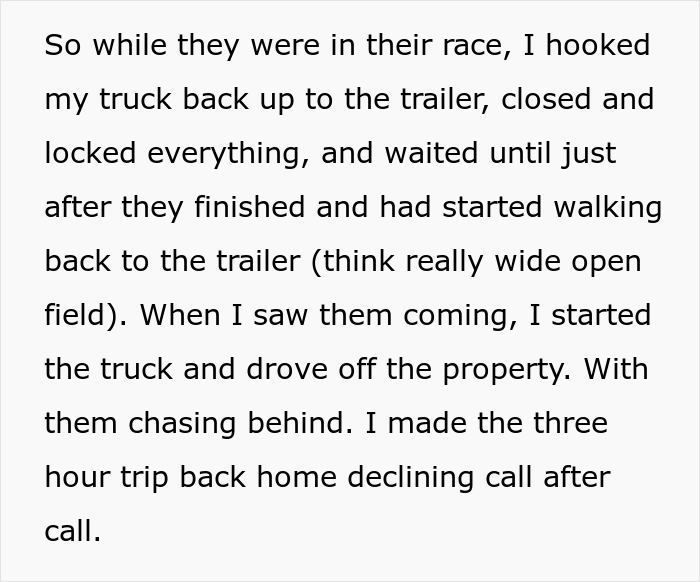 In the morning, the OP was woken up after an hour of sleep by the men as they needed to drive to the location where the race took place. The man mentioned being locked out of his own trailer, but his guests who did that to him didn’t say much and didn’t even apologize.

But even before that, cameronjames222 had already come up with a revenge plan. While the men were at the race, he prepared the camper to head off, which took about the time of the race. And as the athletes came back, he just drove off.

He was really mad that they decided there was no room in his own camper, so in the morning, he made sure they would see him head off alone 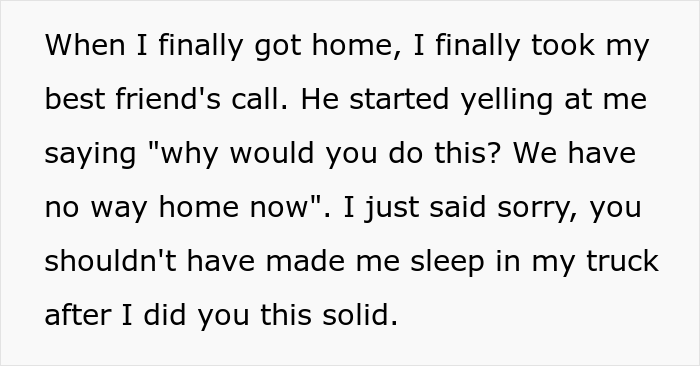 The OP’s phone was bombarded with calls, which he ignored until he drove all the way back home. Not surprisingly, the best friend was mad because he was stranded in a city they didn’t know without a vehicle to go home. When the best friend said that there were better ways to handle this, the OP realized that he might have overstepped.

The verdict redditors in the comments gave was that the OP was not guilty. They agreed that there were plenty more ways to end this conflict in a more civilized way, but that is reserved for people who are mature enough to deserve it, and in this situation, they felt the OP’s actions were justified.

Now he is kind of regretting it and fighting with his best friend, especially since he said that there were other ways to react 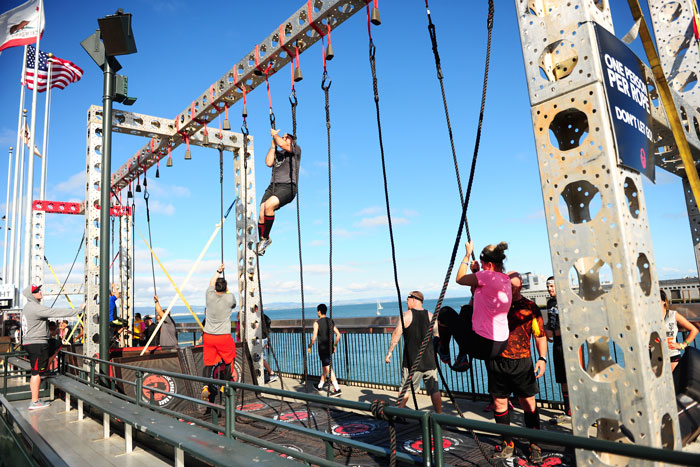 What is also unfair is that the friends agreed that they would only pay half of the expenses. In the comments, the OP revealed that the trip cost him over $200 and now the friend is refusing to pay. However, he has hope to get back the money as all of their belongings are still in the trailer.

It is unfortunate that a friendship would end like that, especially because that person who the OP has known for 6 years has saved his life twice, although cameronjames222 admitted that he has been seeing red flags here and there that he missed at the time it was happening.

Do you think the OP should have been more considerate and forgiving? Or are you of the opinion that people who play stupid games win stupid prizes? Let us know your judgment in the comments! 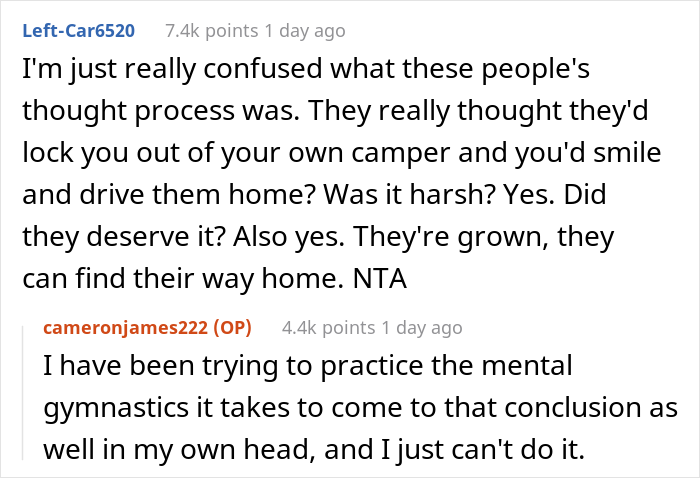 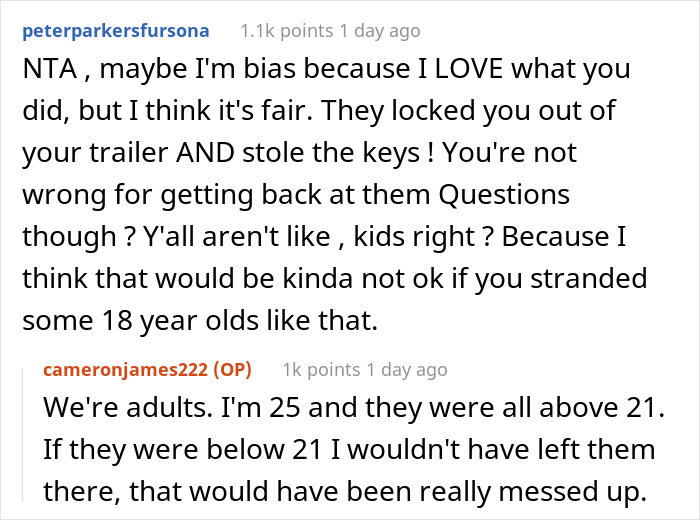 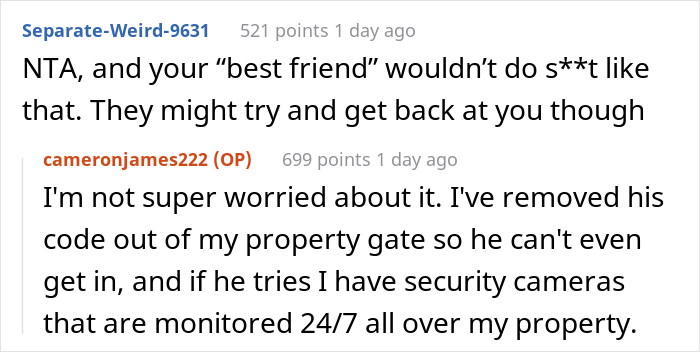 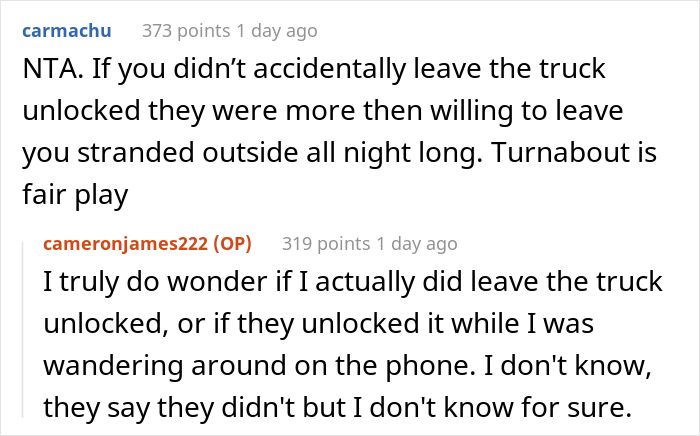 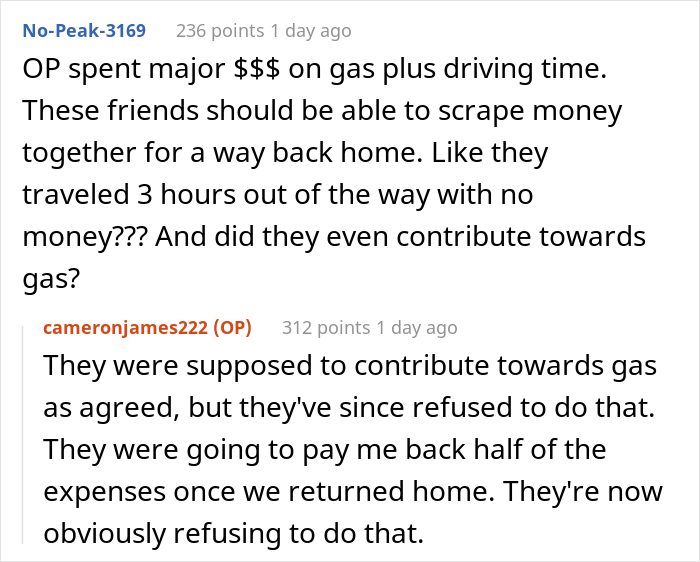 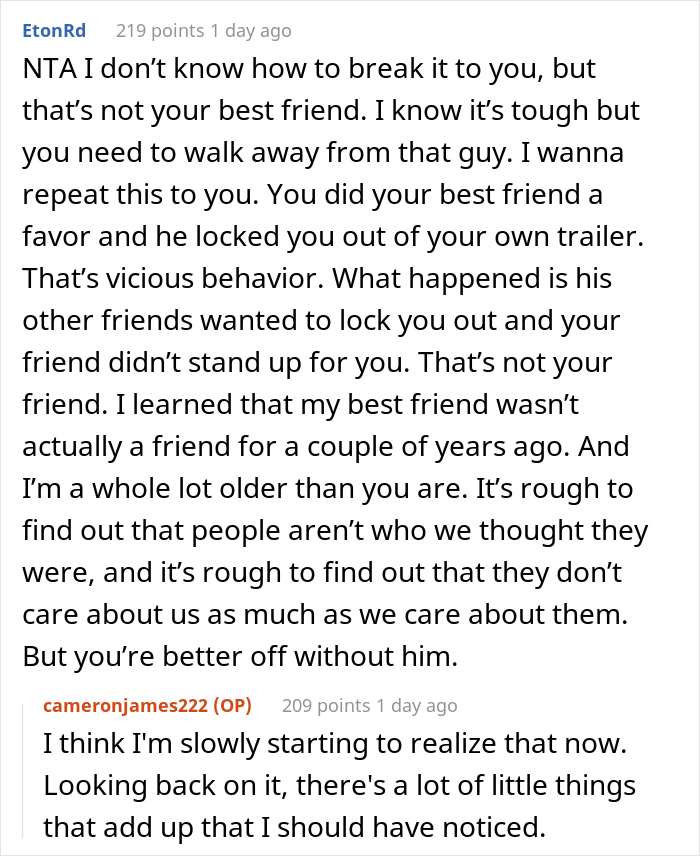 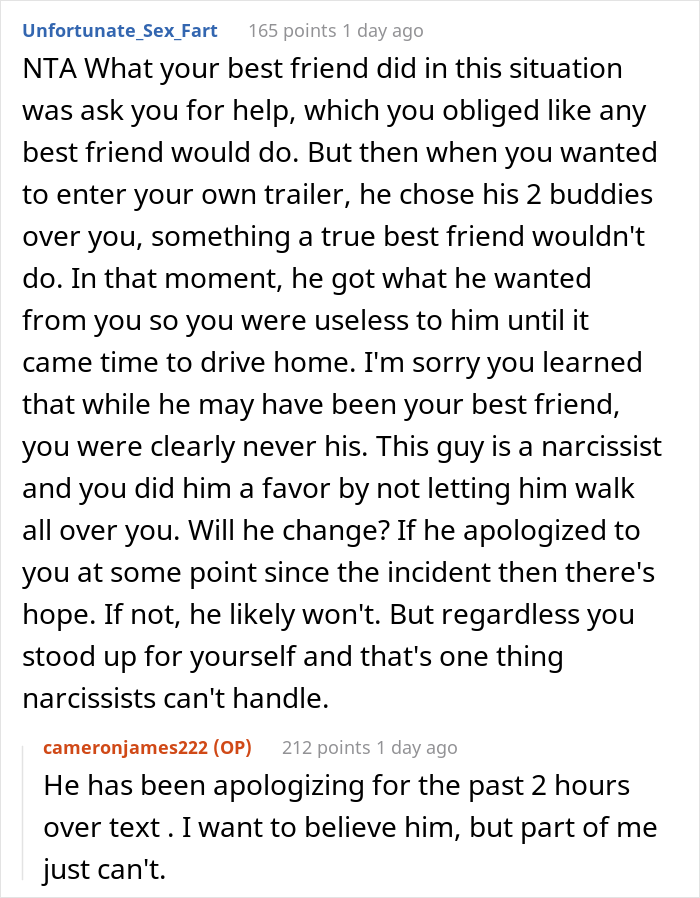 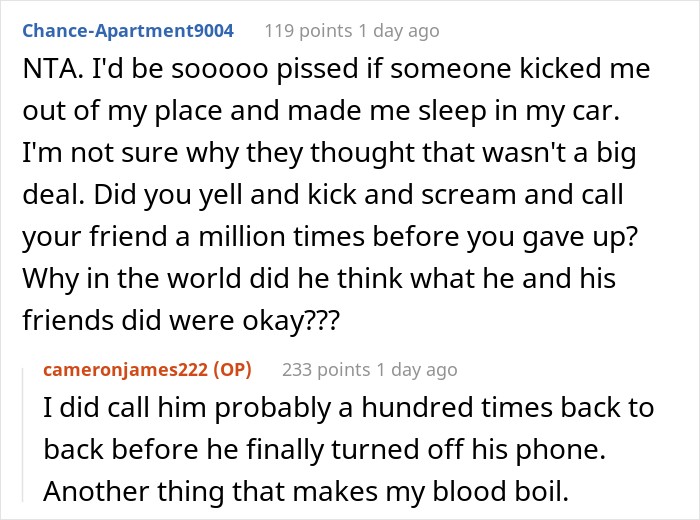 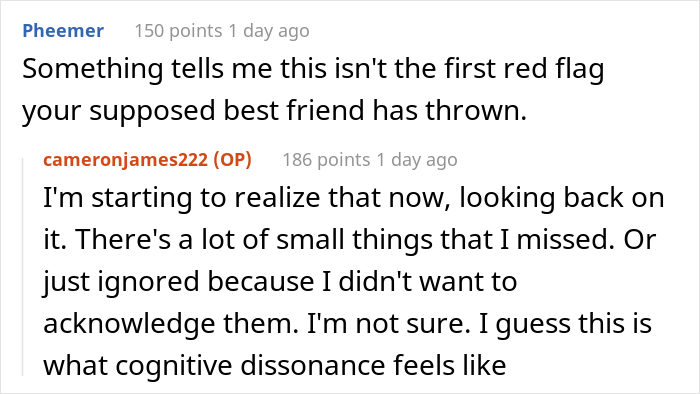