Passing on an heirloom is a delicate little gesture. It can become a symbol of continuity and you can continue to cherish the stories ingrained in the ancient paraphernalia. Most importantly — it shows that you are the one remembered by an heirloom. But what if you aren’t the one who was chosen to pick up the invaluable, cherished possession passed from generation to generation? What if the only reason for that is the extra X chromosome you got?

As this 20-year-old tells in her story, for her birthday, the only gift she did expect was the precious heirloom pocket-watch that was handed from generation to generation like some sort of prized baton. Her dear father received it from his old man, and he did from his. Something right up Hemingway‘s alley.

Naturally, devastation followed as soon as the birthday girl learned the real reason why she was not included in this gendered tradition. Worried about whether her disappointment had ruined the party and soured her relationship with her dad, the author of the story turned to the trusted ‘Am I The [Jerk]‘ community to seek some perspective. 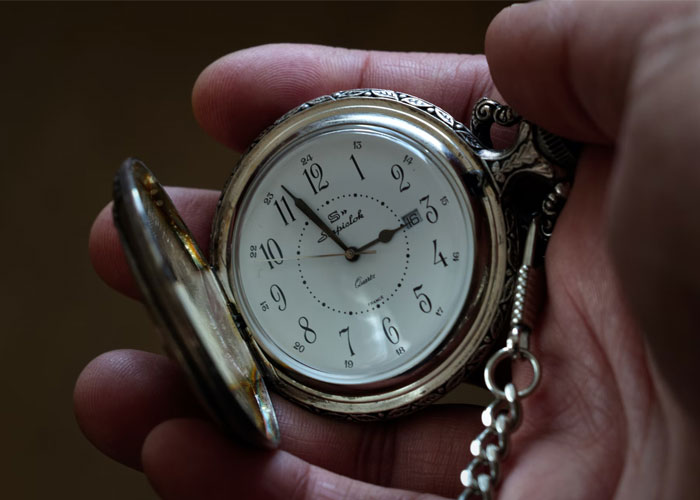 As of recently, the importance of being passed down your great-great grandmother’s family quilt has reduced. There are a handful of articles claiming that our forefathers struggle with their cherished possessions (now called simply ‘junk’) as millennials reject this time-worn tradition because of their downsizing tendencies.

Still, for those who do look forward to connecting with the generations they have never met — 1-in-4, for example, expecting to inherit the rusty family watch, as New York Post’s survey has found — there are multiple factors to consider before an heirloom causes a major family fallout.

“There are timeless issues regarding passing down a cherished family possession,” Bored Panda is told by Marlene S. Stum, Ph.D. professor at the University of Minnesota and the author of the research-based program ‘Who Gets Grandma’s Yellow Pie Plate?‘. “Whether you’re a biological child or a stepchild — there are many different family configurations. And so there’s always gonna be issues around who is family and how to do it fairly.”

Marlene explains the program was created in the late ’90s when there was little to no information about passing on family possessions. And what was usually suggested was “dividing things equally among heirs” as if every heirloom and every family was the same, she says. “We quickly learned that there were some major gaps both in the research and educational resources. So we started doing our own research to find out what did and didn’t work or what were some of the common issues, particularly around fairness,” Marlene said. 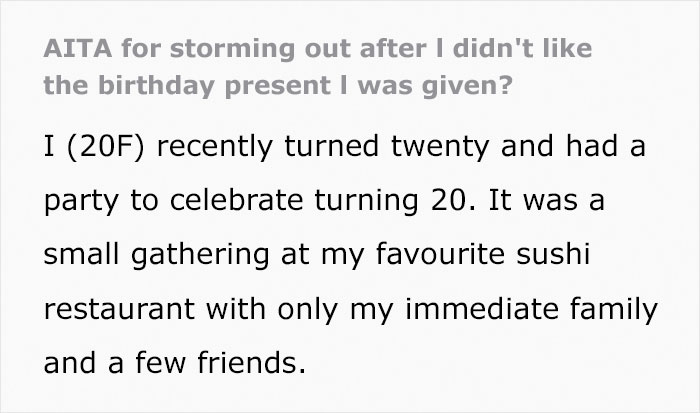 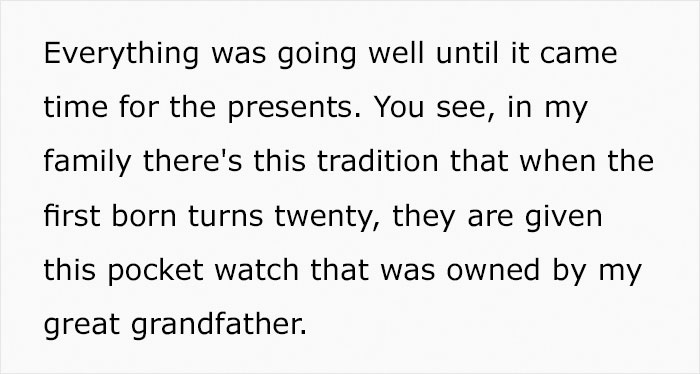 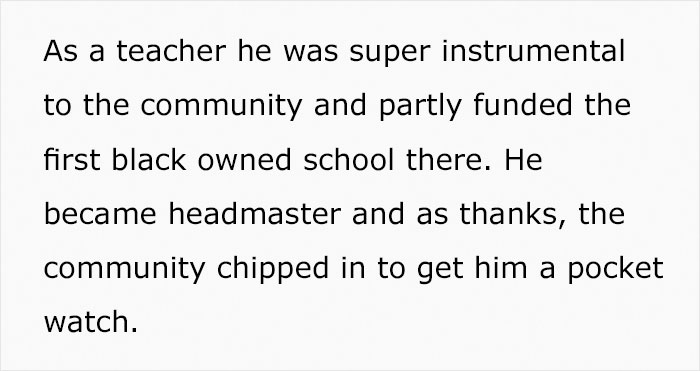 The author filled in the missing gaps in her story 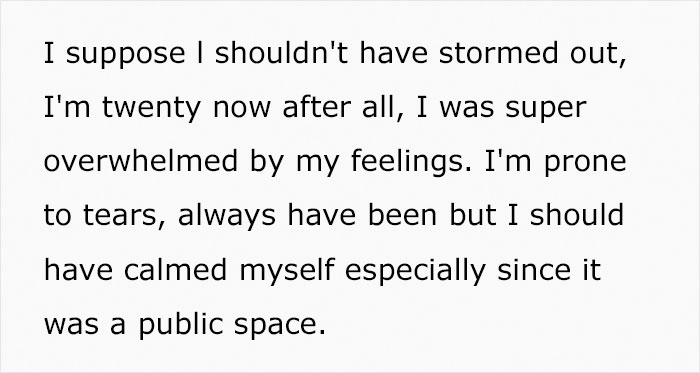 So how should one divvy up an heirloom without leaving anyone disappointed? Well, according to Marlene, it all comes down to trying to be fair. “Let’s say a treasured family watch gets transferred to the oldest son generation after generation. And you’re the oldest son and you just learned that your dad passed that same watch to his favorite son-in-law. What’s the message there?”

The point of this example, she says, is to show that each family has different rules and expectations. And the only way to figure out what will be considered fair between your family simply comes down to talking. “People are often surprised to learn that certain family members either aren’t interested or don’t know why they should be interested in the first place,” Marlene pointed out. “Again, it goes down to not making assumptions that everyone should [equally] cherish everything one had and desired the same way years before — there are other ways to carry on stories and family traditions that don’t have to involve a room full of things.”

Another suggestion that should make one’s life easier when deciding who should get grandmother’s precious china comes down to realizing who is family, without picking any favorites. “For some people, it’s really important to keep things in the family,” she said. “I’ve heard examples of people who were not giving things to their only daughter because they knew she’s going to get a divorce. And they didn’t want prized possessions to leave the family.” Sounds like a familiar scenario, right? 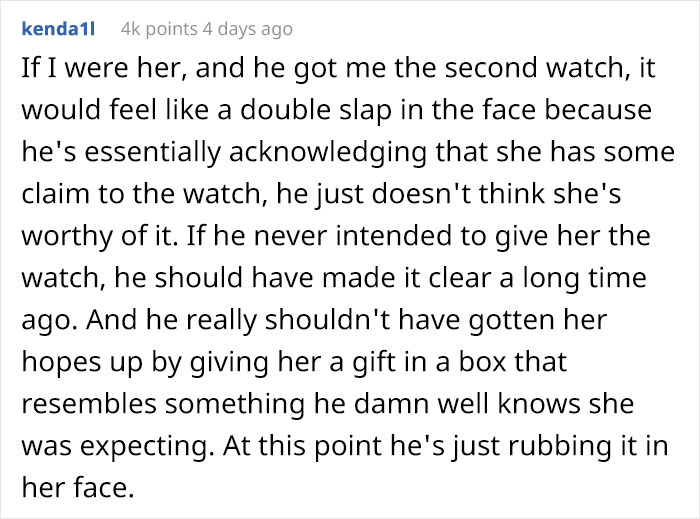 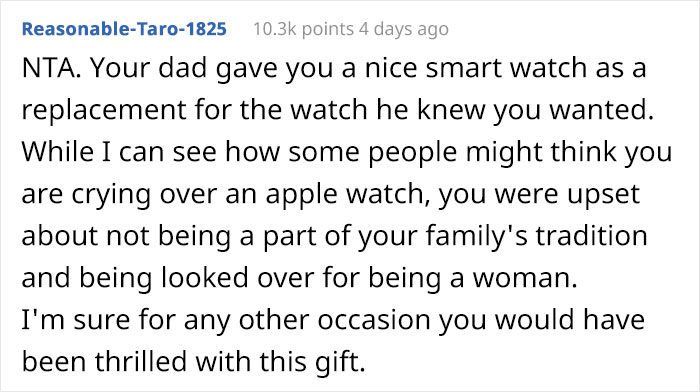 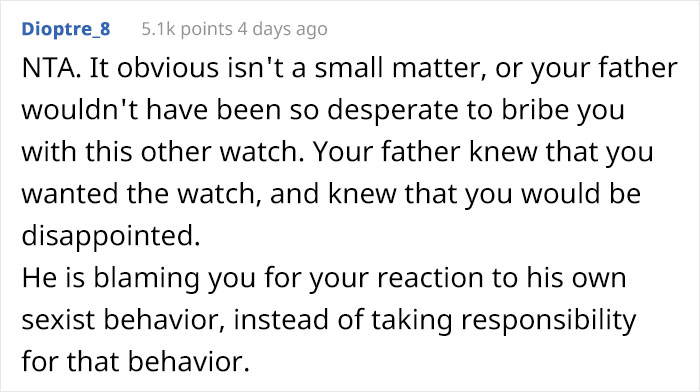 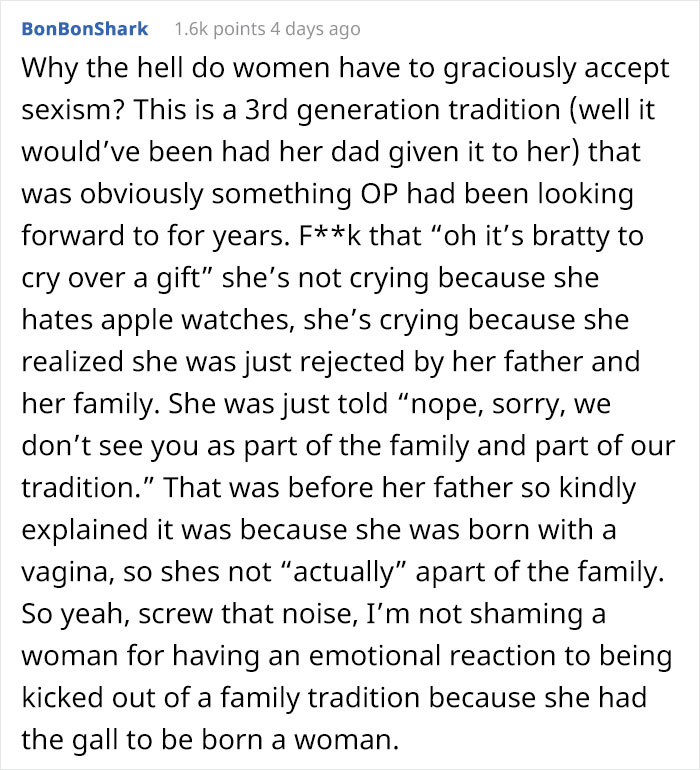 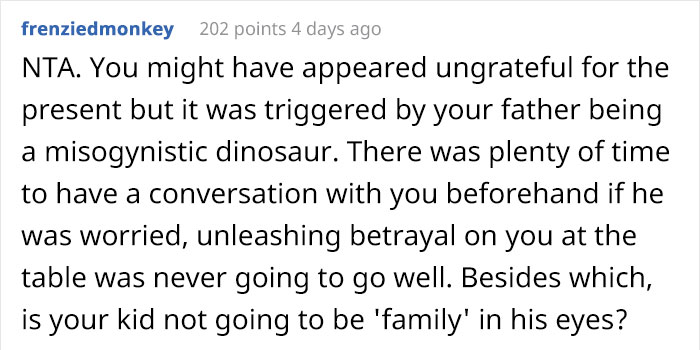 Similar to Marlene, Dr. Carl Pickhardt, Ph.D. an Austin-based parenting psychologist believes there’s a lot to ‘unpackage’ when it comes to inheritances and cherished heirlooms. He says that family possessions by nature carry a sense of unfairness that can make things worse when there are multiple possible beneficiaries.

“When feelings of unfairness between (rival) children are already in place, inheritance differences can be seen to illustrate who was favored, and thus a falling out can occur,” Pickhardt explained, adding that differences in parental treatment also can enhance this ‘illusion’. When it comes to children, he argues, it’s usually “whoever gets a favored object will feel favored and those who don’t — favored less.”

But as Marlene reminds us, each family means different rules and complications. “People will always have a different approach to figuring out what fair means to them,” Marlene said. “And the best way to achieve that, of course, is to get input from the family.”