According to Atlanta Black Star, Common’s daughter Omoye Assata Lynn graduated from Howard University Law School. The proud father shared his happiness to the world. The rapper shared a video on Instagram in which he shared the commencement ceremony. The 50-year-old father is really proud and celebrating the academic achievement of his only child.

The Common real name is Lonnie Rashid Lynn wrote on Instagram post, There are no words to describe how proud I am! Finishing law school at Howard University in 3 years is pretty AMAZING! Congrats to my daughter and all the graduates of 2022. Now go out in the world and be great! In the video we can see Omoye is waving to her family and cheering while receiving her degree. 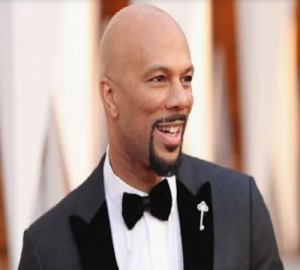 She was recording the special moment and showed her friends swag by holding their degrees in their hands. After the completion of the ceremony, the 25-year-old Omoye and Common are posing many pictures with big smile on their faces. In one of the pictures, the rapper is seen giving his daughter a kiss on the cheek. According to People reports, In 2019 after the release of his memoir Let Love Have the Last Word,

Common disclosed that for a while his relationship with his daughter was weakened. He revealed one evening during a conversation the then teenaged Omoye was broken in tears as she said the rapper that she doubted how much he cared about her. It kind of shocked me because that’s the first time I had ever heard it,” in response he said. I was like, What do you mean? 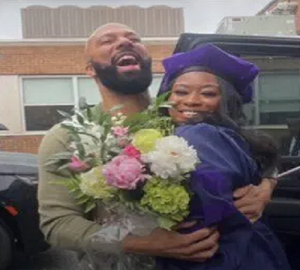 Omoye disclosed throughout her childhood after his divorce from her mother Kim Jones, she felt withdrawn by Common. “She said, ‘It felt like you didn’t fight for me. Common confessed that, We had a therapy session together, and I loved it. Well, not everything that was said,

but I knew it was something that would help her move forward, he further added, A woman’s relationship with her father definitely affects how she is in relationships.