Boyfriend Flips Out After Girlfriend Makes Him Dinner From “Scraps”, She Asks If She’s The Jerk Here

As they say, the best way to win over someone’s heart is through their stomach. There’s nothing like hearing the comforting sounds of a homemade feast and filling the belly with delicious meals that express your love and commitment to each other. So it’s not just about food; it’s about bringing a sense of closeness within the relationship. Unfortunately, if your partner shows a lack of respect for your efforts, things can quickly go downhill.

Redditor Glittering-Ad793 knows this from personal experience. This 27-year-old woman reached out to the “Am I The A-Hole” community to ask for guidance after a relationship dispute with her 41-year-old boyfriend. A few weeks ago, he asked what she was making for dinner and started blatantly expressing his frustration after hearing the answer.

You see, the user wanted to prepare something from leftovers in the fridge, but apparently, it was not good enough for the man. Instead of acting like a mature adult, he called her a “horrible girlfriend” and accused her of leaving him to “starve”. Feeling unsure, the woman started second-guessing herself and her actions, so she turned to the internet for perspective. Read on for the whole story and weigh in on the situation in the comments!

Recently, a woman got into an argument with her boyfriend for cooking a meal with leftovers 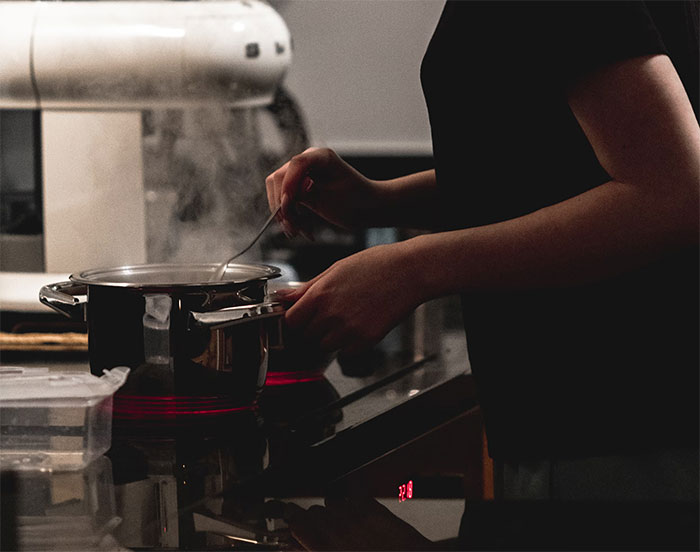 After being called a “horrible girlfriend,” she turned to people on the internet to evaluate the situation 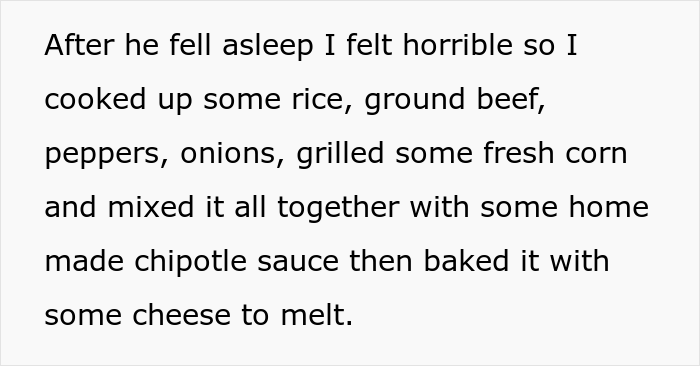 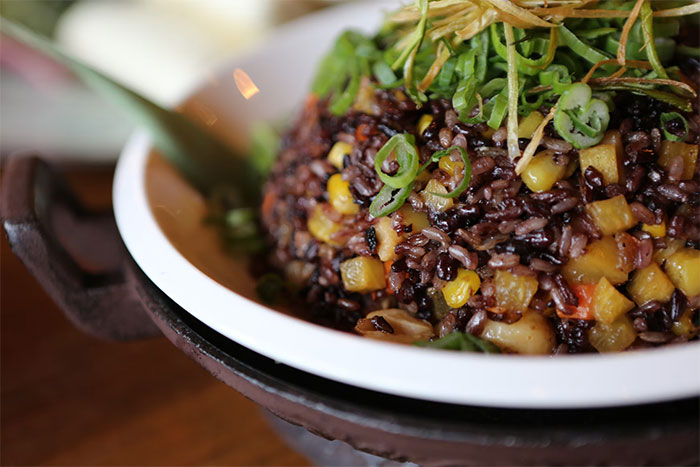 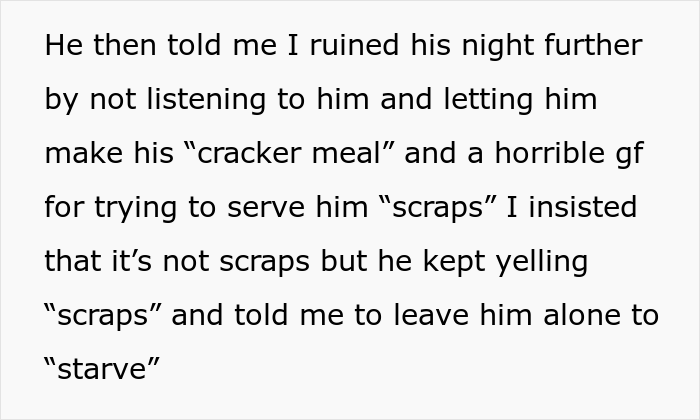 We don’t have to agree with our partners on everything, but we do need to respect them. Appreciation is one way to offer our loved ones the value they need, so when gratitude is lacking, problems in the relationship start to build up. However, sometimes our affection for the person can make us overlook or even ignore these negative behaviors. “If we’ve been conditioned not to recognize disrespectful behavior as wrong by our upbringing or abusive relationships, we may not even register it happening”, relationship coach Marta, founder of MyCoachMarta, told Bored Panda.

“With enough repetition of contempt, name-calling, intimidation, or any other form of abuse we become desensitized to it. Our internal system starts recognizing it as familiar and therefore perceives it as normal and safe (even if something is downright dangerous). The red flags don’t look red when they feel like home,” she added.

When it comes to Glittering-Ad793’s situation, her boyfriend’s actions can say a lot about how he sees their partnership. “Even if we grant him the benefit of the doubt and assume that her tone of voice was snarky or condescending when she suggested leftovers for dinner, or that the situation triggered something traumatic from his past, his reaction was still that of an emotionally immature and relationally abusive person,” Marta explained.

According to her, people in healthy relationships would have reacted differently. A loving partner’s reaction would sound something like: “I know, we have that in the fridge, but leftovers make me feel a little icky. I appreciate the offer, but I’ll just go to the store and get some fresh stuff real quick. What do you like me to get for you?” Marta noted that the manner he spoke to her “doesn’t make it look as if he has a lot of affection for her or thinks of her as an equal partner.”

When our partners act extremely irrational, it’s critical to communicate our boundaries and ask for a behavior change, the relationship coach argued. When we want to set healthy boundaries and talk about them with our loved ones, we have to be clear about what would be the outcome when our partner fails to respect them.

“Shall the person then violate the expressed boundaries, we have to follow through with consequences. For example: ‘When you speak or act in this manner toward me, I feel hurt and disrespected. I understand that this may not be your intention, and I ask you to please be mindful of your words and tone. If it happens again, I’m going to leave the conversation. This is something I’m doing because I care about our relationship, and I hope you appreciate how important it is to me,’” she suggested.

However, if the offending behavior happens again, we must enforce the consequences by doing what we stated when setting the boundary in the first place. “I can’t stress enough how important boundaries are for healthy relationships, all of them, not just the romantic ones,” Marta added.

Redditors overwhelmingly sided with the user, here’s what they had to say 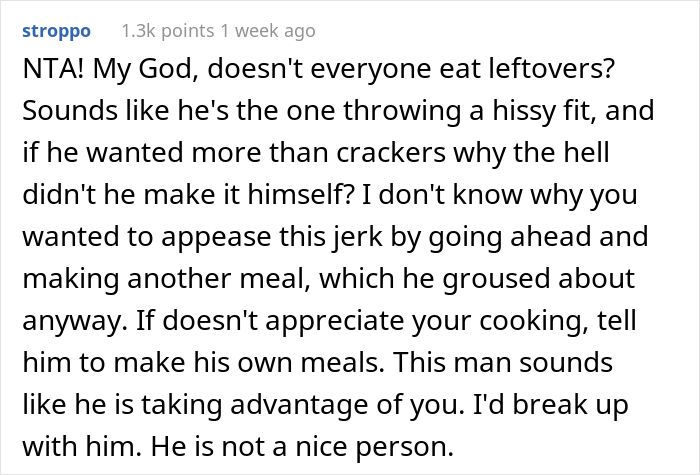 Many commenters mentioned that the boyfriend’s actions were immature, even though he is a grown 41-year-old man. Some even wondered whether the age gap between them could be the reason for the way he treated her. “The 14-year age gap may or may not be significant, depending on the reasons and intentions behind it,” Marta told us. “Many couples with big age gaps have healthy, loving relationships. However, at times we choose partners who are substantially younger or older than us because of past trauma, unmet needs, low self-worth, or a desire to be able to exert greater control over a partner.”

“My fear in this situation is that he is finding it easier to manage a younger partner, and get away with this kind of behavior. If she also chose him because of her wounding, we’re looking at an unbalanced and turbulent relationship dynamic.”

Marta revealed that this story is concerning. She hopes that the woman has someone to turn to, someone who can help bring her attention to the unhealthy patterns she appears to be in. “I noticed that she mentioned feeling guilty for ‘not listening to him’ when he told her to let him eat crackers, and that she maybe could have gone to the shop instead, which indicates to me that guilt might be a recurring theme for her in that relationship,” she concluded. 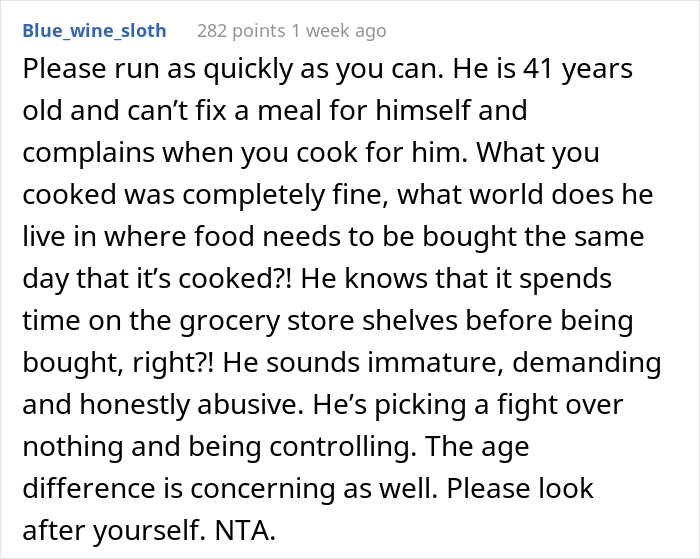