Wednesdays are special for some the kids at Memminger Elementary School in South Carolina. Around 60 students dress up and meet and learn how to be true gentlemen. Raymond Nelson, at Memminger Elementary school is a support specialist at ‘Gentleman Club’. He helps his risk-at students become better individuals. Every Wednesday his fifth graders students dress up in tuxedos or their best suits.

In the club, they learn how to shake hands, make eye contact, open doors for others and how to address elders. Nelson says “I was thinking maybe if I have the boys dress for success.” He further says “When was the last time you saw someone fi-ghting in tuxedo?” Most of the students at Nelson’s club are those who do not have fathers at home. Nelson makes sure that these kids get the love and care that they all deserve. 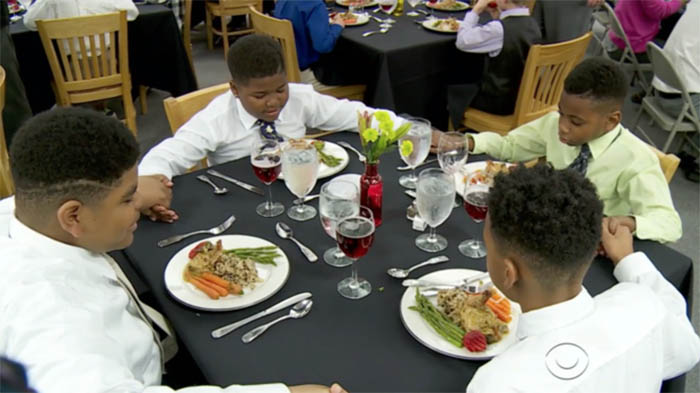 Nelson says “I know a lot of them struggle because a lot of them don’t have men at home, so I just want them to grow up and think of the things that I teach them. They like the reaction of walking up to the classroom and say, ‘Oh, you look so nice and handsome,’ they just love it.” Nelson gets the donated vests, suits and ties for the students who are not having them at their homes. Nelson feels that the kids with at-risk, need someone who loves the and when they get their share of love, they do well at school. At his club, Nelson also trains kids on how to behave with their sisters, mothers and teachers. Nelson recalls that in young days he too was part such a club. He said “It helped me to be a better man, and I could spread knowledge to young boys.” 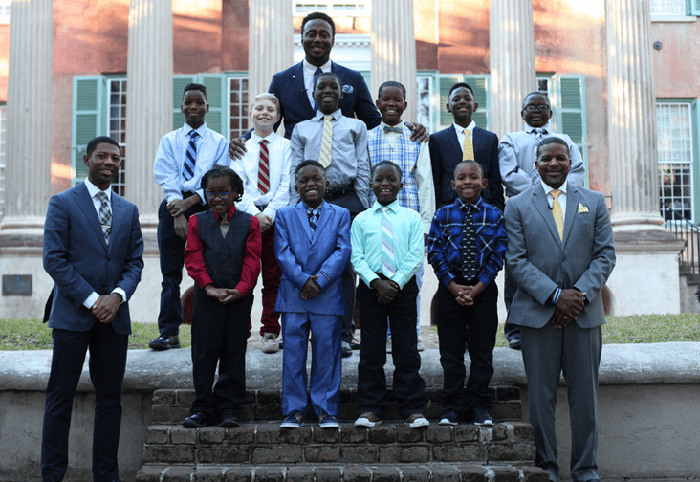 With success of Gentleman’s Club at Memminger Elementary School, other schools also have ki-cked off with their own clubs. A club with 48 fourth and fifth graders students was also made in Thomas E. Kerns Elementary school in South Carolina. Elijah Shanks, a fifth grade student says “The Gentleman’s Club is not just teaching you how to be a gentleman, it also teaches you to love who you are.

Accept yourself for who you are and don’t let anybody get in the way of that.” 10 year old, Gavin says, “It teaches you to respect others and treat them how you would want to be treated.” 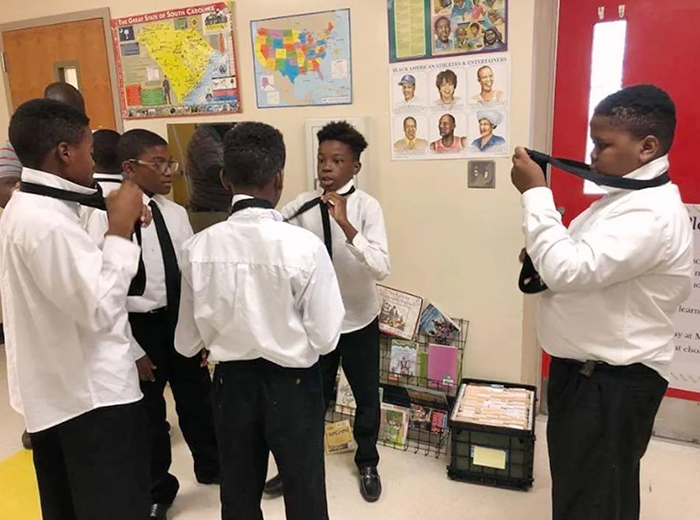 For the Principal, Mark Adams, the ‘Gentleman’s Club’ creates a sense of belongingness in the risk-at kids. He says, “We look at it as preparation for academics. Preparation for behavior, preparation for citizenship, because its’ our responsibility to prepare them for the next level.” The students from the Gentleman’s Club of Thomas E. Kerns have their meals and have all the knowledge about the etiquettes. One student from the club said “The food is super good.” Another student Curtis shared his wish to become a lawyer when he grows up. And Elijah wants to become a music composer.

Elijah feels he has gained confidence because of Gentleman’s Club. He says “It gets me the confidence to actually do it because if I didn’t have the confidence, I would not be holding the pencil , and the pencil would not go on the paper.” Another student with the name Jose says, “I used to get in a lot of trouble, but when I heard of Gentleman’s Club, I joined. After the first meeting we had, I felt better…I started getting better grades.” For sure the teachers at Gentleman’s Club are doing a wonderful work by making a difference the lives of at-risk kids by providing right etiquette and manners that will help them in their lives.