A girl 8, after complaining of headache, passes away due to sudden stroke

Life is uncertain and we always try to find reasoning in every situation. But some incidents are plain unexplainable, like the a sudden death of a young girl from Brailov, central Ukraine. The 8 year old Elmira Bondarenko was completely healthy but due to stroke she di’ed immediately.

She fainted into the arm of a teacher and died. Her father Sergey Kupchishin dropped her off at school as usual and after few hours this inc’ident took place. According to The Sun, during break time the girl suddenly began feeling unwell. As per her teachers, minutes before fainting she complained of an severe headache. According to the school principal Olena Ivasenko, 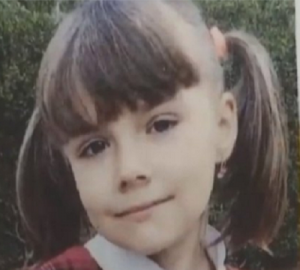 The girl walked out of the classroom when she felt a strong sudden headache and complained about it. Minutes later, the child began to lose consciousness and her teacher managed to catch her in the arms. Immediately after the incident the teacher called ambulance and the school nurse performed CPR on the little girl. The father was completely heart broken on the demise of his little girl.

He was recalling the last moment with her child and said, “She was fine and happy on our way to school that morning. he further added, Then, a few hours later, her teacher called and said she had got sick.The moment he came to know he rushed to the hospital.

‘Healthy’ girl, 8, dies of a stroke after collapsing into teacher’s arms and two hour battle to save her in classroom https://t.co/JZlmsqQrGO

I ran to school and saw my girl lying motionless on a table with paramedics trying to resuscitate her, I rushed to her. Tried to help. For two hours doctor desperately tried to restart her heart at the hospital. They also performed CPR, used a defibrillator, and an adrenaline injection gave to the girl but it was all worthless. The girl’s family is shocked and devastated on such a big loss.