17 Y.O. Found Out Mom And Stepdad Purchased A House Using His Inheritance Money From Dad, Later Exposed The Man In Front Of His Visiting Family

While there are a lot of things that have the potential and power to do so, an inheritance is probably one of the most notorious things that brings out the worst in people.

After all, money calls out a lot of things in humans: everything from greed to pride to envy… nearly the entire rainbow of sins and then some.

So, you can guess what’s coming next as this Am I The A-Hole? story is exactly that, a story of inheritance and what looks like greed in disguise. 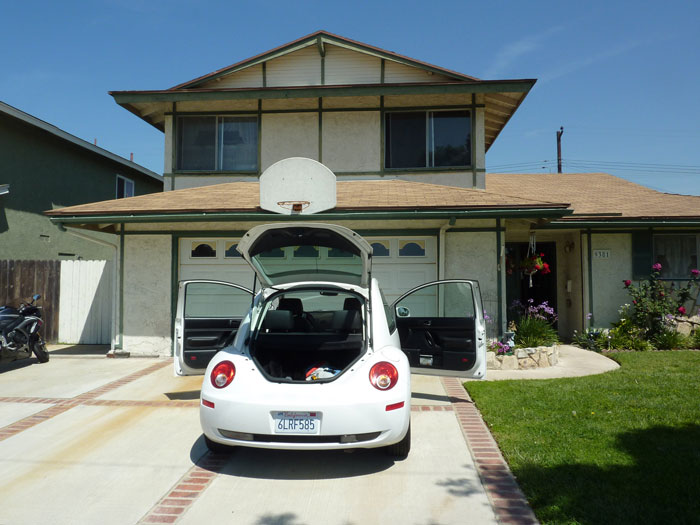 So, meet u/reddit_randouser, a 17-year-old lad who lost his father 2 years back, and now lives with his mother and step-dad. Turns out, he is also set to get an inheritance when he turns 18.

However, one day the whole family, having lived in a 3-bedroom apartment, decided to move into a new home, which was a whole huge house. For OP, this seemed a tad bit weird as his mother is a part-time receptionist, and his step-dad is a substitute teacher. How could they afford a house at this point?

Well, Randouser did also notice the guilty look on his mom’s face one day, and she finally admitted that she had actually tapped into the inheritance fund, which was all OP’s, by the way, and used it to buy the house they live in.

And a recent story from a 17 y.o. inheritance beneficiary whose fortunes are being wasted against his will perfectly exemplifies this 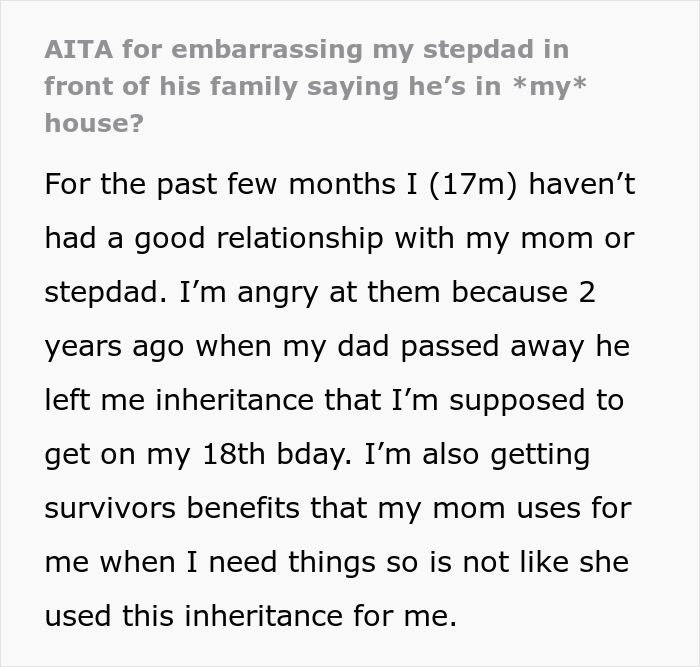 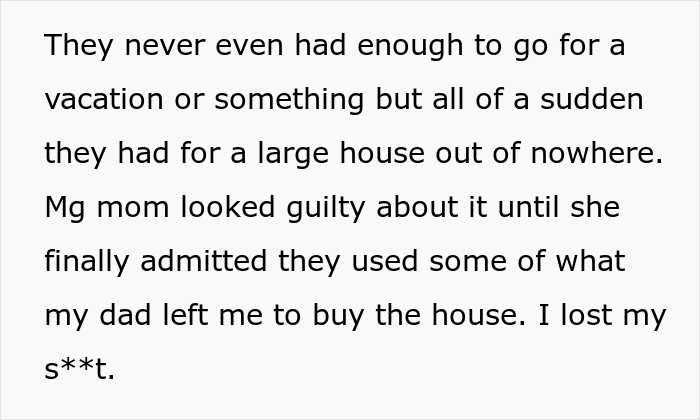 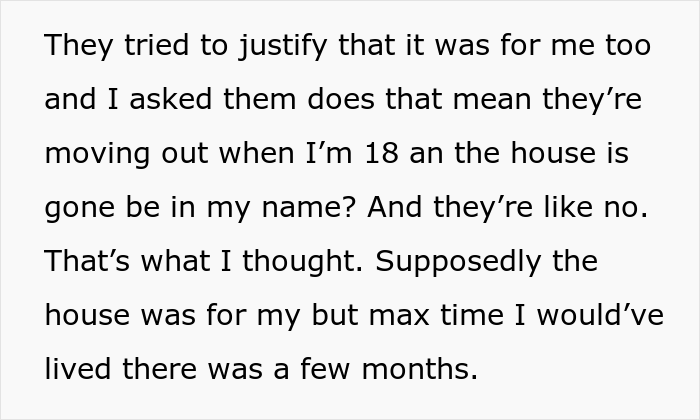 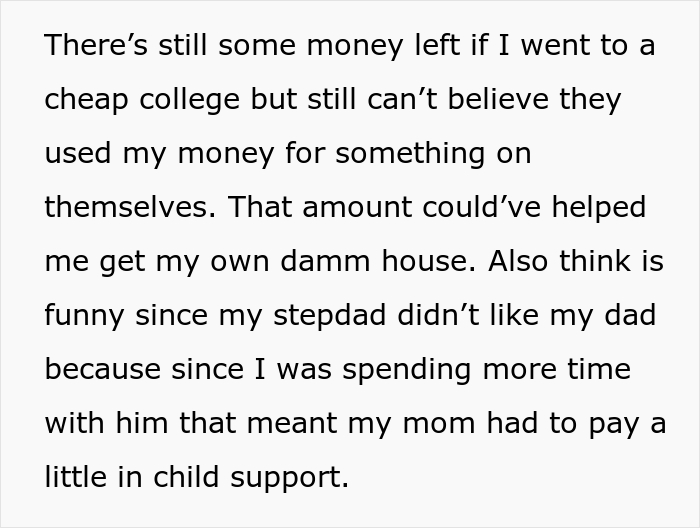 Needless to say, OP was not happy about this. The parents did try to justify that the house was for him, but he questioned if they will be moving out when he turns 18, and the answer was no. Heck, they didn’t even consult with him about it, just straight up used the money and end of discussion. So, it’s all just for them, not him.

But this is context. The last straw was one Saturday, when OP was getting ready for work in the morning. Some of step-dad’s family were visiting, and they stayed over through to the morning, so here comes step-dad into the kitchen where OP is getting some breakfast, and asks if he’s gonna prepare it for everyone.

Randouser wouldn’t have been able to prepare food for everyone without running late for work, to which the dad responded that it’s no big deal if he is late for work—it’s not every day that family visits, so it’s justified. 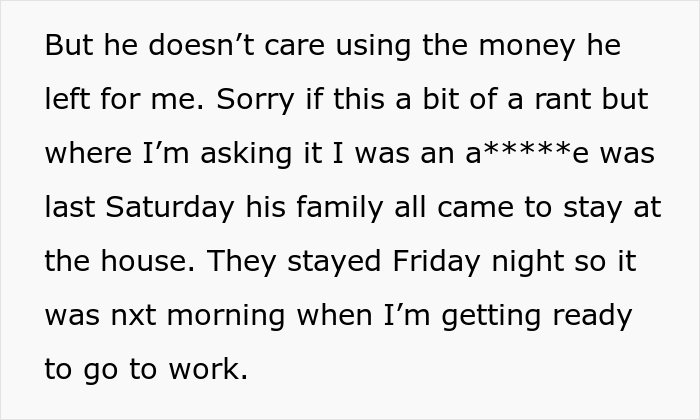 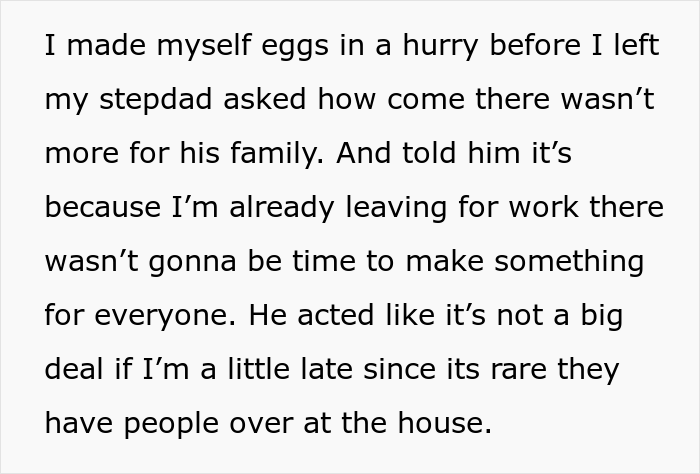 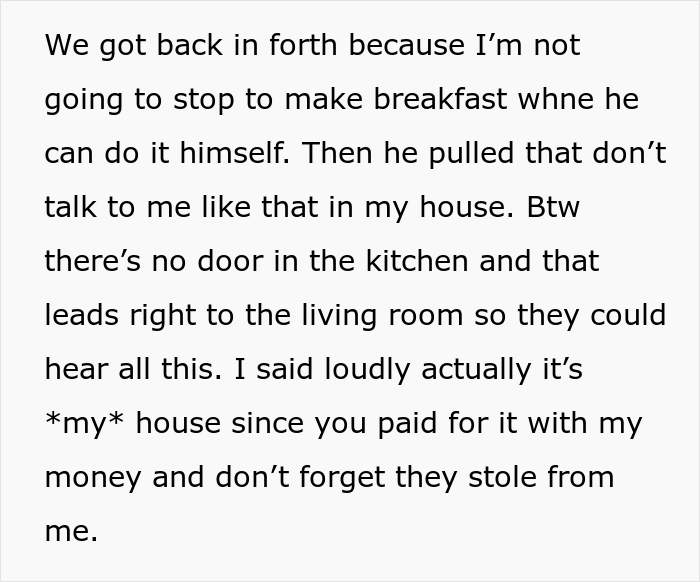 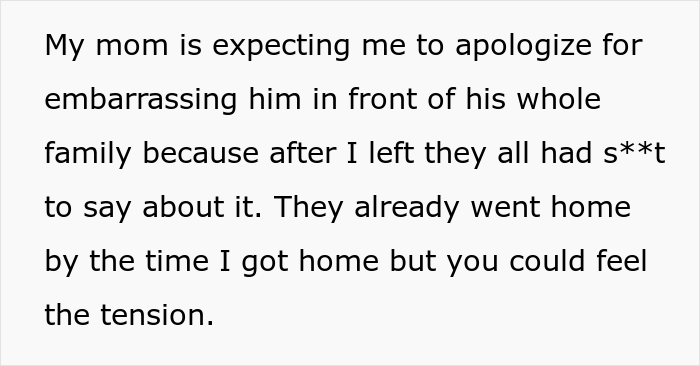 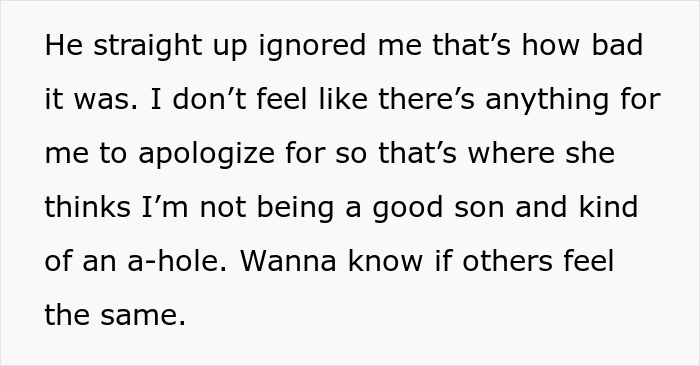 The conversation went back and forth, and the situation escalated to a degree where the dad effectively said “don’t you talk to me like that in my house.” You can see the comeback that is a-brewin’.

OP said that it is technically his house as it was bought with his money. Mind you, the kitchen does not have a door, so the visiting family members heard it all. And now the mom is expecting an apology from him because this apparently embarrassed them and everyone had a lot to say about it once OP left for work.

The family was no longer there once he came back, but the issue was still on as there was still a lot of tension in the air with the mom demanding he apologizes and the step-dad not even talking to him. And OP doesn’t feel like he has anything to apologize for here, but given the situation, he still turned to the AITA community for some perspective.

The AITA community responded in unison, saying that OP is not a jerk, and that he should seek legal advice 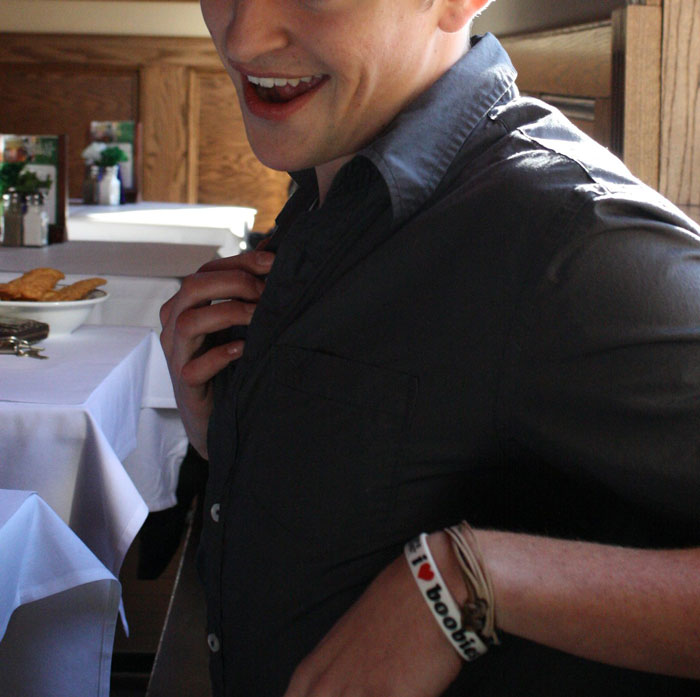 Now, one thing you have to know about the community is that it can be cruel, but they are still a hivemind-like voice of reason that will feel the brevity of the situation and act accordingly. And that they did.

Everyone was of the opinion that OP is right to have done what he has, and an overwhelming majority of folks have also suggested getting legal advice and help from someone who could bring justice in this situation. But whatever he did, he was advised to not cause any more trouble, just lay low with his emotions and reactions so as to not add complications to the case as it can quickly turn against him. 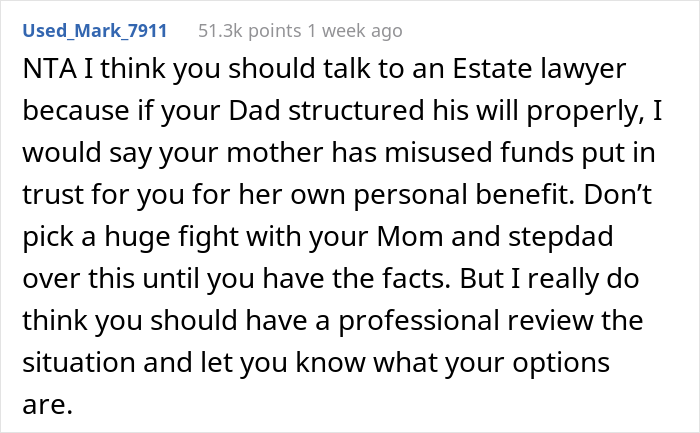 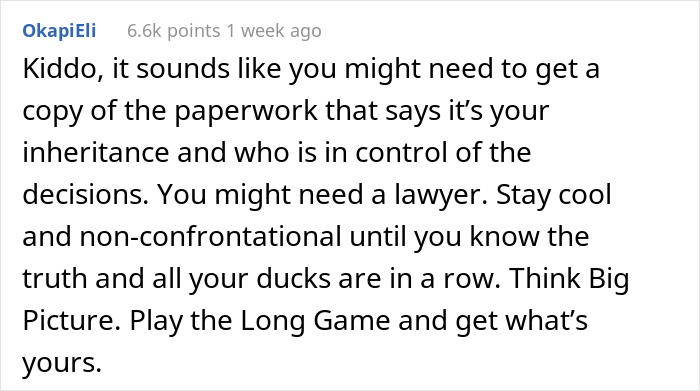 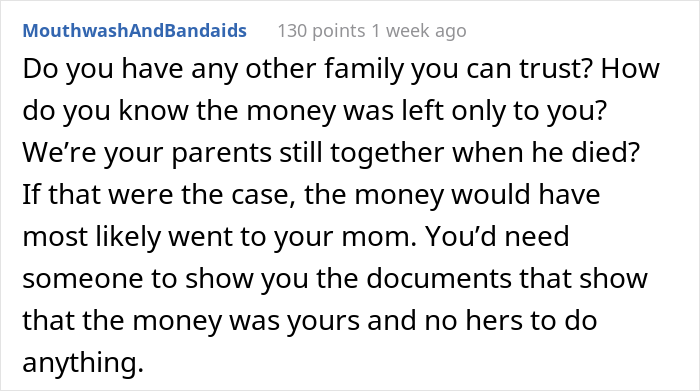