Minutes after Kelsey and her baby settled into their seats, they were approached by one of the flight attendants who said a man in first-class asked if she would like his seat.
Kelsey Zwick was making a flight from Orlando to Philadelphia along with her infant daughter, Lucy, who was sick. She didn’t know that the act of a single man would make her trip a bit easier by giving up his seat in first class. And she never got to thank the good samaritan.

Kelsey was one of the first ones onboard the plane, lugging a stroller, a diaper bag, and an oxygen machine down the aisle to her seat.

11-month-old Lucy was the one who needed the oxygen. This little girl was one of Kelsey’s twins who were born prematurely. The plane ride was actually a trip to take the little girl to the Children’s Hospital of Philadelphia for additional treatment. 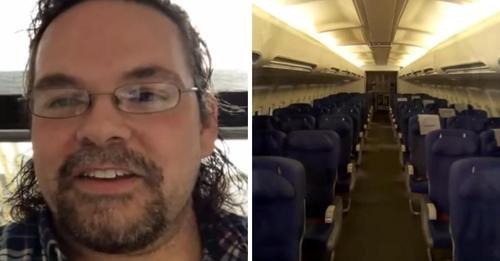 As Kelsey and Lucy got on the plane, neither knew that they were being watched quite closely by one of their fellow passengers. The pair settled into their seats for the ride. A few minutes later, a flight attendant approached with a message.

The passenger who had taken so much interest in them was seated in first-class, in seat 2D. His message brought Kelsey to tears.

After collecting Lucy and her belongings, Kelsey made her way up to seat 2D with every intention of expressing her feelings to the stranger. Jason Kunselman, the good samaritan, told Inside Edition, “She came up crying and made me tear.” to the man overcome with emotion. After, the plane landed the Jason quickly left the flight. Kelsey was not able to give him a proper thank-you. 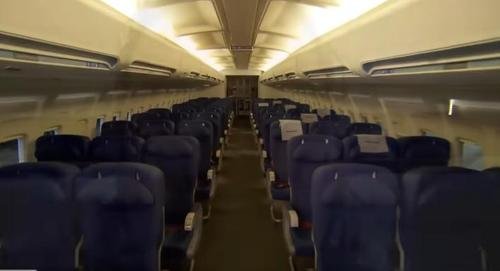 So she wrote a message on social media to Jason that went viral. The airline got wind of the viral post and connected Kelsey and Jason so Kelsey could give him a proper ‘Thank-you.’

What do you think of this man’s message for Kelsey and Lucy? Tell us your thoughts. Let your friends see this message for themselves.