Kind Stranger Gave Woman $50; He Was A Homeless Man She Had Always Given To And Now Had A Job

Kind Stranger Gave Woman $50; He Was A Homeless Man She Had Always Given To And Now Had A Job

When a former homeless man saw a woman who had helped him in the past, he gave her a $50 dollar bill and a heartfelt thank you.

An anonymous woman in Seattle, Washington, needed to buy a sweater for work, so she went out shopping at the Pike Street H&M in an area that she frequented. As she walked into the store, a man also walked in at the same time and began talking with her.

“Popped into HM to buy a sweater for work…” she shared in a post online. “This guy follows me in, says ‘You probably don’t remember me.’”
The man shared that he had seen her regularly walk down the street and give dollar bills to the homeless people there. He shared that he too was one of those homeless people, and that she had given him more than $30 over the past six months.

“I see you walk down this street a few times a week and you give a dollar to at least one homeless person. You have given me at least $30 over the last 6 months,” the man said.
He told her that he had found a job and now had a place to live, and he thanked her for her generosity.

Then, he handed her a $50 bill to repay her kindness. 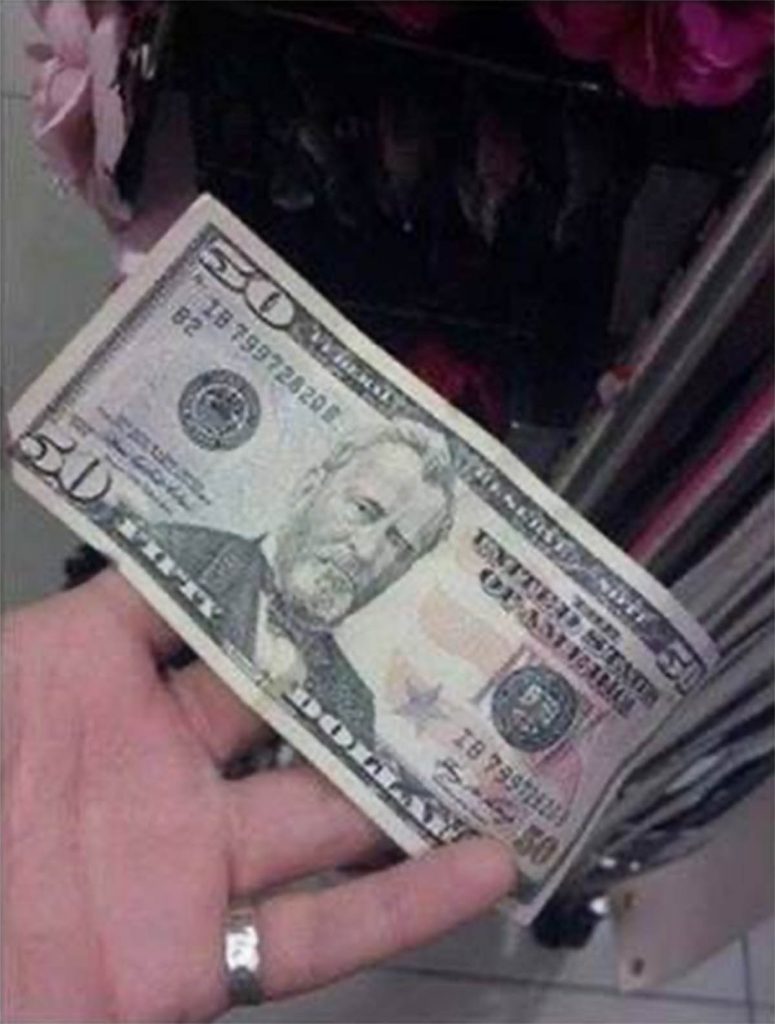