Each week, a kind man in Wisconsin walks through his neighborhood and returns everyone’s trash bin to the side of their house.

Neighbors in Appleton, Wisconsin, began to notice that their trash bins were showing up back at their side of their homes on trash day. One of the neighbors, Melody Luttenegger, thought that maybe the trash company or her husband was returning their bin.

“It was so strange because all of a sudden our garbage cans were just showing up,” Melody said. “We have such a long driveway, and I thought maybe the garbage company is bringing our garbage [cans back].”
“I asked my husband, and he’s like, ‘No, I’m not bringing the garbage cans up.’”
Curious to see who the kind soul was who was helping bring their bin back each week, Melody and her 9-month-old son, Mason, waited around on trash day to see. They also bought a gift to give to whoever it was who was helping them.

At 8:21am, Melody saw an older gentleman come to their trash bin and begin walking it back to their house, and she came outside to thank him. 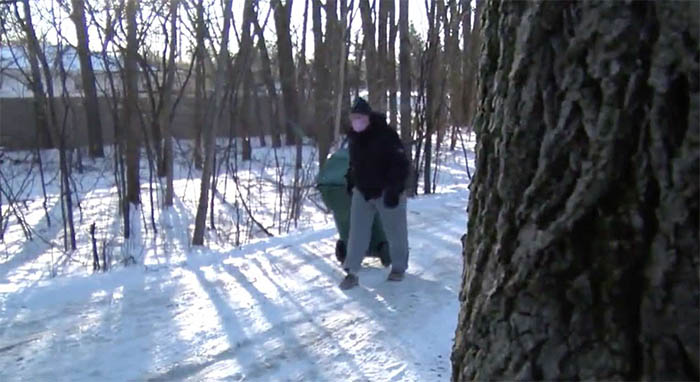 It turned out to be 75-year-old Dick Pontzloff, a neighbor of hers who lived a few streets over.

Not only had he been returning her family’s trash bin to the side of their house each week, but he was going to every house in their entire neighborhood and returning everyone’s trash bin.

“When I retired, I got sick of doing nothing, so I started going around and picking up garbage cans,” Mr. Pontzloff explained. “Not just certain ones, everyone’s.” 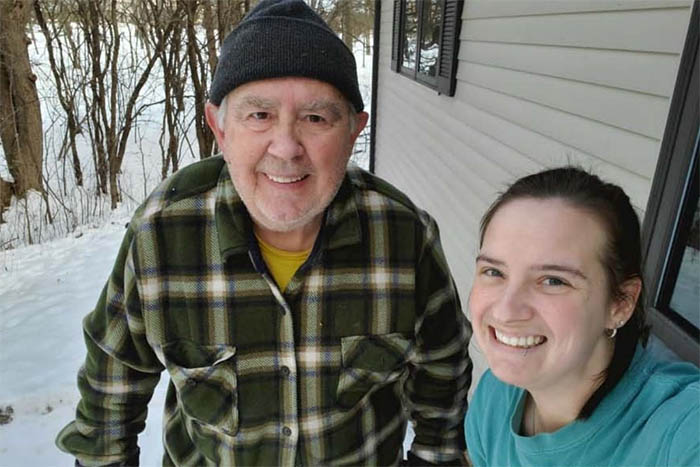 Mr. Pontzloff, who is now retired, rides his bike from house to house returning trash bins to show his neighbors kindness. He returns them early in the morning, and does so with a smile. To him, it’s a small way he can help his neighbors, and it’s also a good bit of healthy exercise.

“Just be nice to all people,” he said. “It’s just what you gotta do. Just think if you were at home and you needed someone for help.”
After learning that it was simply the kind heart of an elderly neighbor that was causing their bins to return each week, Melody and her neighbors were deeply grateful.

“For someone random to just do that, it doesn’t go unnoticed,” Melody said. “You know, the kindness that strangers give is an unexplainable feeling.”