A kind man from Wisconsin is using his retirement years to help rescued cats know that somebody loves them.

75-year-old Terry Lauerman from Green Bay, Wisconsin, is an animal lover with a compassionate heart and fondness for cats. He learned of an animal rescue in his town, the Safe Haven Pet Sanctuary, and decided one day to stop in and pay them a visit.

The Safe Haven Pet Sanctuary Inc. is a nonprofit, cage-free rescue and sanctuary that specializes in saving animals with special needs and/or disabilities. They accept animals with cases of abuse, neglect, blindness, missing limbs, and other physical and psychological disabilities. They also accept neonatal kittens and senior cats. Safe Haven rescues nearly 1,000 animals in need of love each year from being put down.

On Terry’s first visit, he walked in with a brush in hand and explained that he likes to brush cats.

“He just walked in and started brushing,” shared Elizabeth Feldhausen, the founder of Safe Haven.

Terry began visiting the rescue each day and spending time with the cats, so Safe Haven made him an official volunteer.

“So eventually we told him he was an official volunteer and had him fill out our volunteer form,” Elizabeth said.
Terry enjoys giving the rescue cats the affection and care they need. He comes by in the afternoons and stays for around three hours at a time. He brushes them, talks to them, pets them and holds them. After he is done with their grooming, he usually dozes off for a little while and takes a nap with his feline friends. 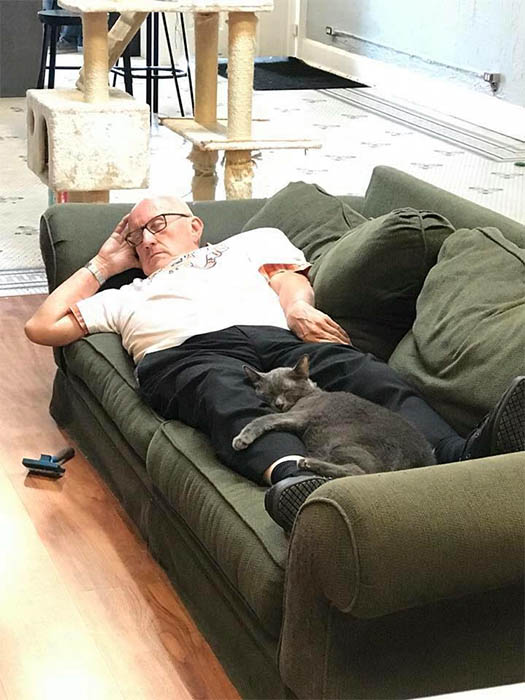 “[He sleeps for] about an hour, then he’ll wake up and switch cats,” Elizabeth said of Terry’s routine. 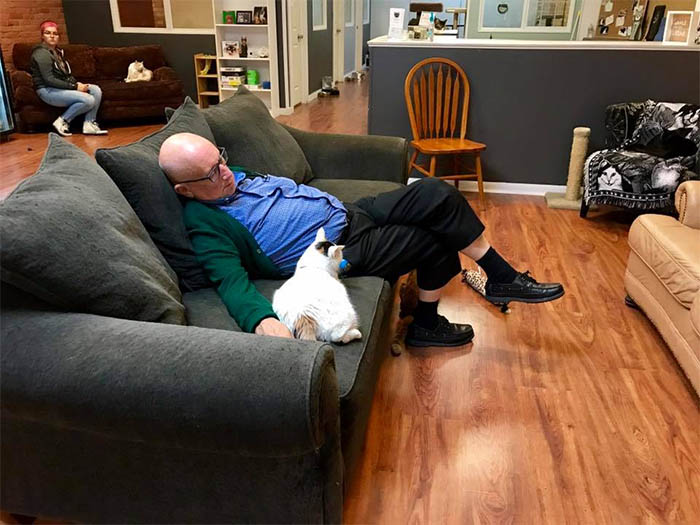 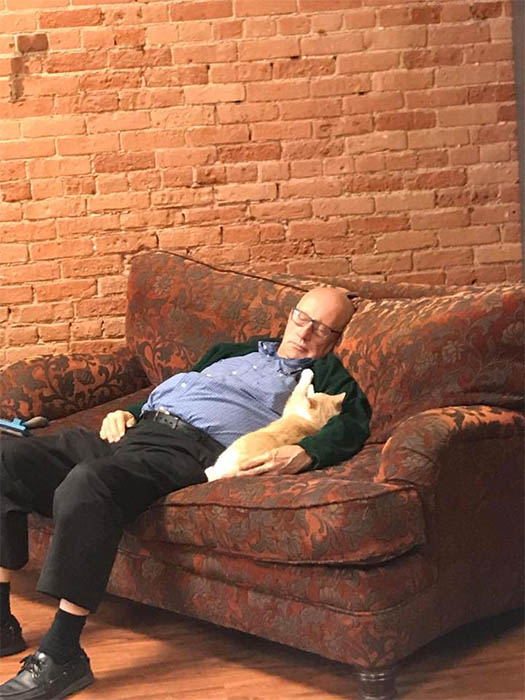 The cats love the attention he gives them, and they love napping with him just as much.

“He said [the brushing is] as great of an experience for him, as it is for them,” Elizabeth explained. 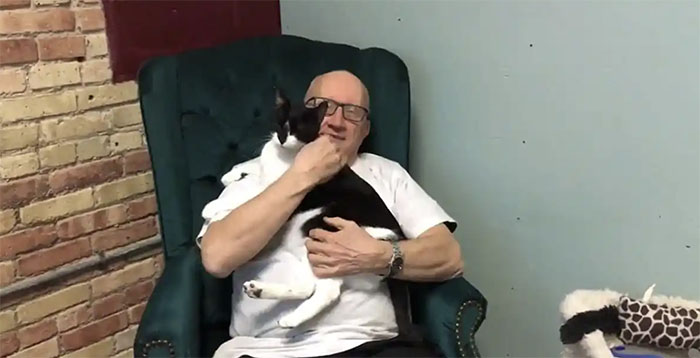 “We are so lucky to have a human like Terry,” Safe Haven Pet Sanctuary wrote. “Terry just came along one day and introduced himself. He said he’d like to brush cats. Eventually it became every day. He brushes all of the cats, and can tell you about all of their likes and dislikes. He also accidentally falls asleep most days. We don’t mind – Cats need this! Terry is a wonderful volunteer.”
The photos of Terry and his rescue cats napping together were shared far and wide online, and it encouraged numerous people to make donations to the shelter. In just two days, more than $20,000 was raised to help them continue their compassionate efforts of saving animals.

“Terry and I do not know what to think about all the attention. He’s just SO happy that his accidental nap is raising money for his loved ones – the cats,” Elizabeth said.